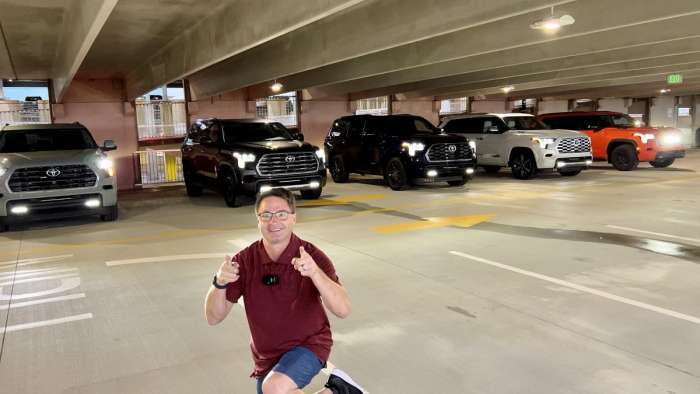 Look for a wide range of 2023 Sequoia towing capacities based on trim levels. We have it all below.
Advertisement

I was recently able to have several days of quality hands-on time with all-new 2023 Toyota Sequoia. In my opinion this is a beautiful vehicle and is loaded with the latest in technology, safety, features, and incredible styling.

Sequoia is a full-size SUV that new owners, I am sure, plan to utilize for pulling and towing. But what exactly are the 2023 Sequoia tow capacity numbers? 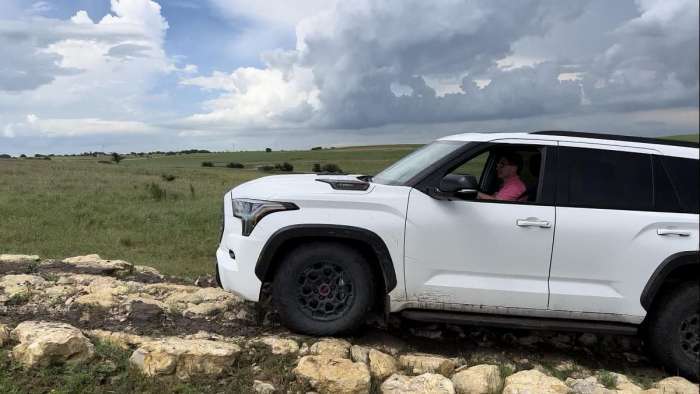 I get many questions and requests each day from viewers of my “ToyotaJeff Reviews” YouTube channel. Since Toyota Sequoia 2023 is so new, you can probably imagine I get my fair share of Sequoia interest.

Many people would like to know about the towing thresholds for Sequoia. Will it be able to pull their big boats and trailers and campers with ease?

Toyota has revealed official 2023 Sequoia towing capacity figures, and it was a pleasant surprise to many fans and enthusiasts.

Initially, a maximum tow capacity of 9,000 pounds was announced. However, this projection was increased this month across much of the 2023 Toyota Sequoia lineup.

All-new Sequoia has five different trim levels, each with a variety of features and pricing.

With lowest tow capacity numbers at 8,980 pounds and the highest at 9,520 pounds, Toyota Sequoia is more than capable of tackling the toughest jobs and duties.

And the way I see it, these thresholds are much better than “the world’s toughest SUV” Toyota Land Cruiser, which maxed out at 8,100 pounds tow capacity.

I am compiling a growing library of Toyota Sequoia 2023 videos at “ToyotaJeff Reviews” YouTube channel. One of my favorite ones so far is a trim level comparison with all five grades next to each other.

I hope you find my video helpful. Feel free to subscribe both to my channel and Torque News / Toyota News.

Time for your Toyota Sequoia Comments

What do you think so far about 2023 Sequoia? What features stand out in your mind as big-time positives?

For future story ideas, are there any features that you would change about 2023 Toyota Sequoia?