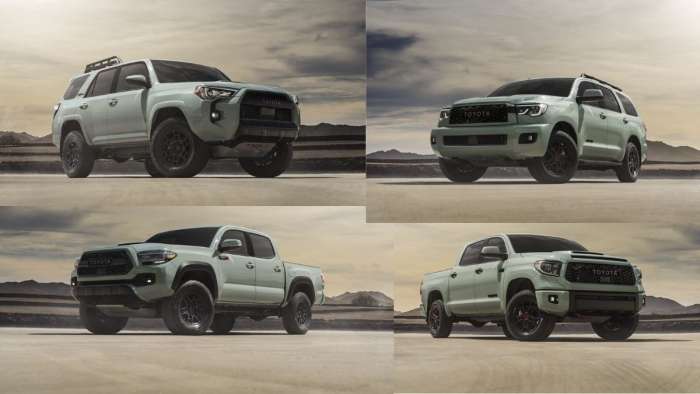 See our photo gallery to determine what model between 2021 Tacoma, Tundra, Sequoia and 4Runner looks best in Lunar Rock.
Advertisement

Sometimes the color of a vehicle is everything. The right hue. The perfect shade. Careful planning goes into color selection for cars, trucks and SUVs across all models and manufacturers.

Toyota is no exception.

Choosing the wrong hue on the wrong model can make all the difference in whether a specific vehicle sells or not. Nowhere has this been more appropriate than with Toyota’s yearly color entry for its TRD Pro lineup. 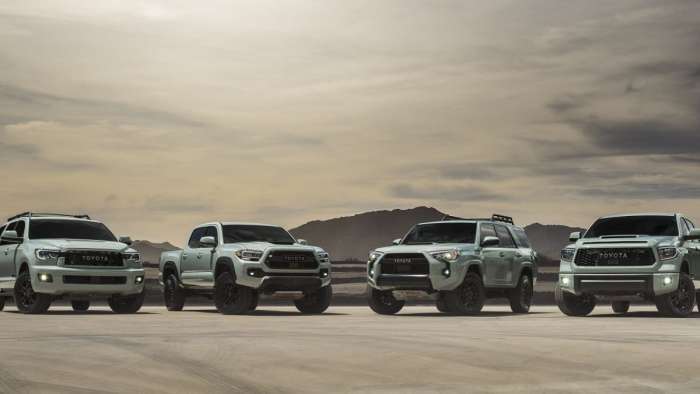 This annual tradition began for the 2015 model year when Toyota made a splash by introducing Inferno Orange. Since then it has announced Cement, Quicksand, Cavalry Blue, Voodoo Blue and Army Green for the TRD Pro spotlight.

Lunar Rock was recently announced as the color selection for all 2021 TRD Pro models, including Toyota Tundra. The only other place we can find Lunar Rock is on Toyota RAV4. This is a unique color, as it mixes in some green with grayish hues.

It also does a pretty darn good job not showing as much dirt as many other car colors. 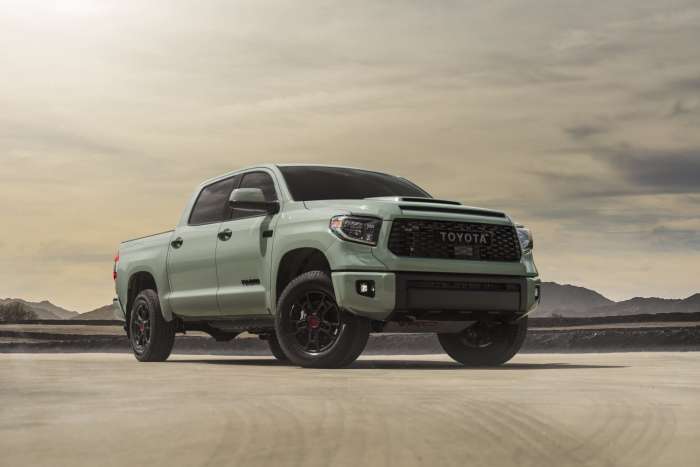 Toyota’s full-size truck is tough and dependable. Since it is such a large vehicle, an interesting angle I have heard fans talk about is how Lunar Rock will look with so much paint to cover so much vehicle? 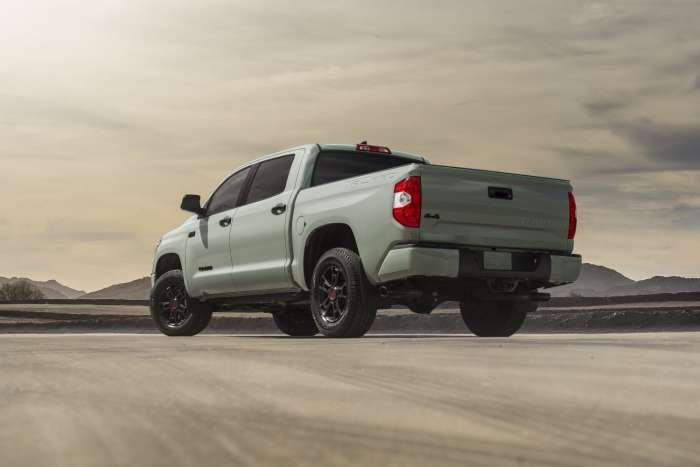 Let us compare Toyota Tundra versus its counterparts. 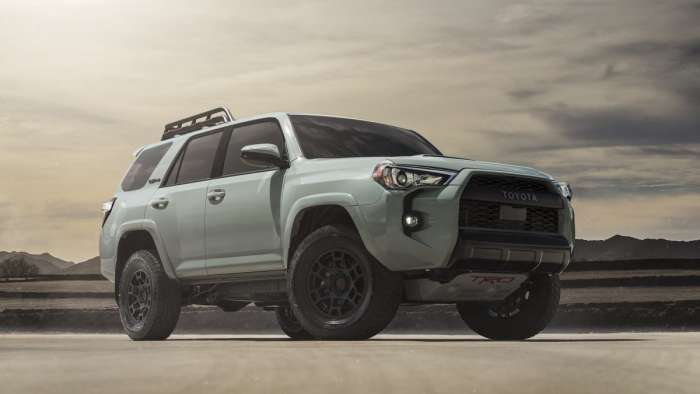 This is the model I am most looking forward to seeing in Lunar Rock. How will 2021 4Runner pull this off? 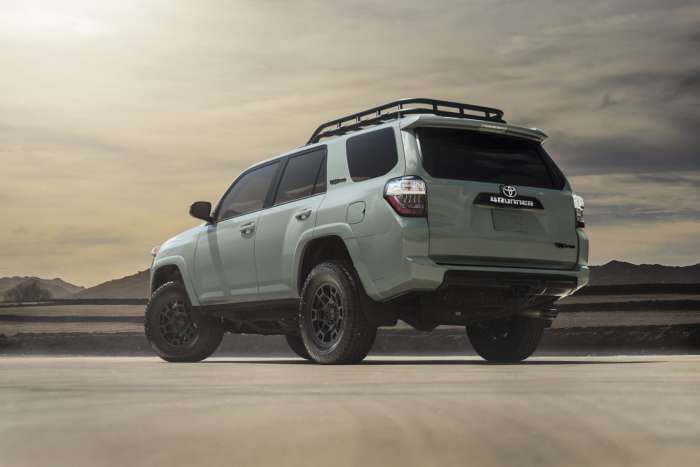 I find Lunar Rock looks especially rugged and should fit in nicely along those remote trails and mountain roads. 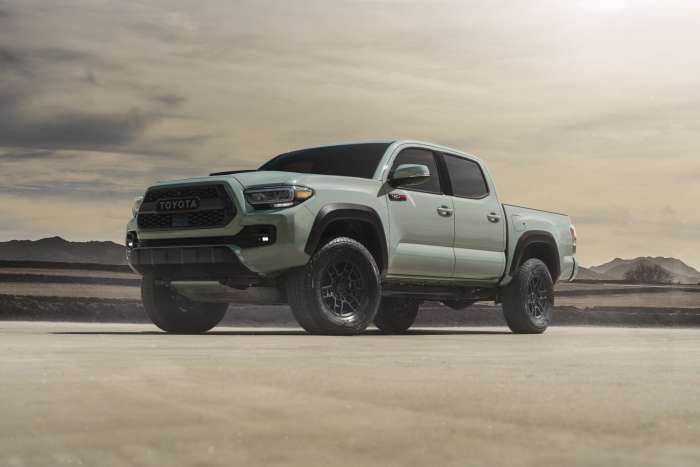 Color selection carries so much weight with Toyota Tacoma owners. Most of the comments I have seen on my “Toyotajeff” YouTube channel about Lunar Rock focus on how it will look on the 2021 Tacoma TRD Pro. 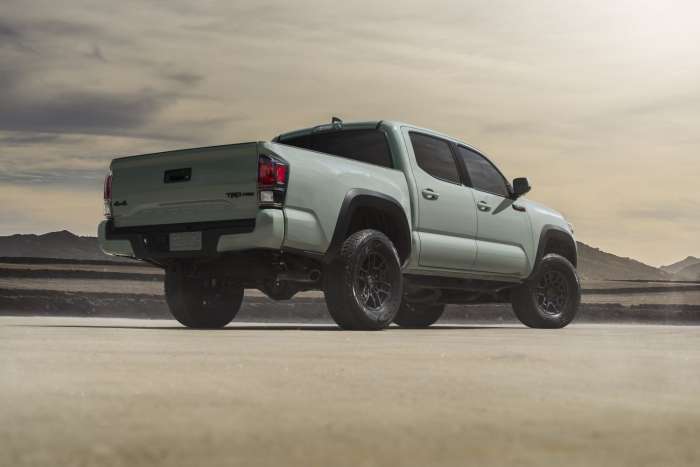 It will be quite interesting to see what people think of the new Lunar Rock Tacoma when they see it in person.

On a similar but side note, the 2020 Toyota Tacoma TRD Pro in Army Green color is nearly impossible to find at dealerships across the country. I wonder if Lunar Rock will prove to be as popular – and as elusive. As elusive as that giant penguin Billy Madison is always seeing but never catching. 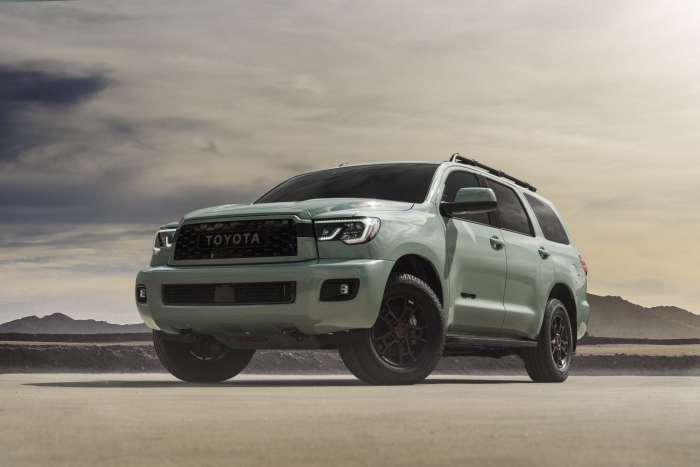 The Sequoia joined the TRD Pro Toyota party last year with Army Green being its first exclusive color. Lunar Rock will also be interesting to see up close and personal on 2021 Toyota Sequoia. 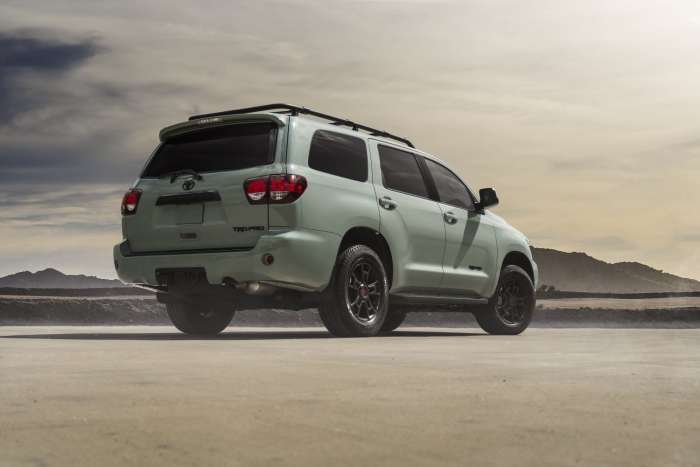 Time for your thoughts on 2021 Toyota Tacoma

Now is the time for your comments, thoughts and opinions. What model do you think “wore Lunar Rock” the best?
For me, I will preliminarily rank them Toyota 4Runner, Tacoma, Tundra and Sequoia. This will change I am sure once I see them in person.

Lunar Rock will be one of those polarizing colors for buyers. Many people will absolutely fall in love with it. Others not so much.