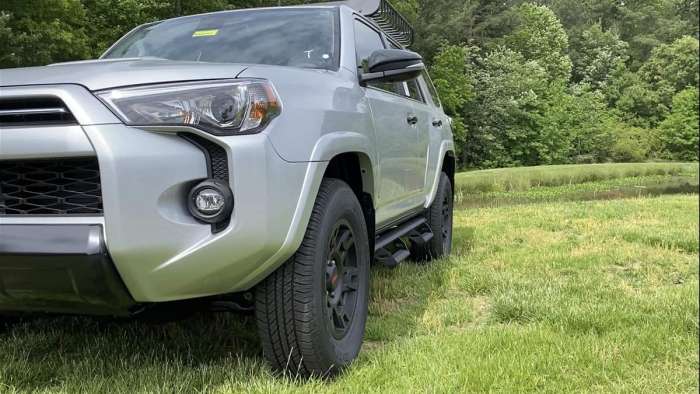 Could 2022 Toyota 4Runner Trailhunter Be on the Way?

Toyota’s recent “Trailhunter” trademark request may give us a clue about what is upcoming with 2022 4Runner.
Advertisement

Yesterday I wrote a Torque News story detailing plans to discontinue two grades for 2022 Toyota 4Runner. They will be replaced with something new. 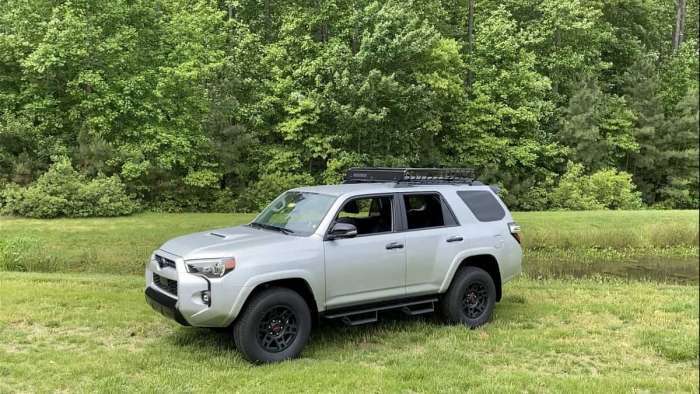 Both vehicles apply to different market segments and have their place and specific customer base. However, Toyota has chosen to replace them with “something new.”

I do not feel Toyota will completely redesign 2022 4Runner for a couple reasons. First, we have not heard any news suggesting this is the case. If 4Runner plans to be released for 2022 model year around September or October, we would have learned something by now.

Also, if Toyota will discontinue only a couple of the trim levels for next model year, this more than likely means a total new body style is not in the short-term works.

Not surprisingly, I am not in the Toyota inner circle – not even close. This means there is also the potential for a redesign. We just do not know.

I will find out when everyone finds out.

However, we could possibly have been given a clue, though. 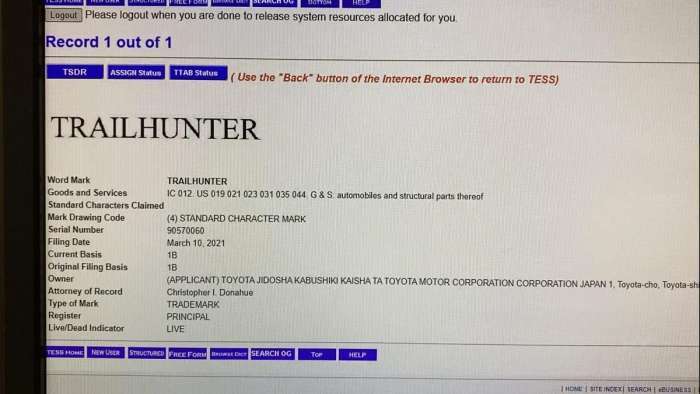 Several media outlets have already reported that Toyota filed a trademark request with United States Patent and Trademark Office on March 10th of this year.

The request was for the name “Trailhunter.”

Several motivations spring to mind here for this move by Toyota.

Trailhunter might be used for a brand-new vehicle that has not been announced yet. This could be a more rugged SUV-type model in the mold of a next-gen FJ Cruiser. I think we all know there is a huge Toyota void in that market segment.

VIDEO YOU MAY ENJOY: I discuss changes coming to 2022 Toyota 4Runner in my video review.

Or, Toyota could have just been reserving the name in case it ever decides to use it on something worthy of the name.

You have to admit, Toyota Trailhunter sounds super cool, right?

I guess we will find out what will happen with 2022 Toyota 4Runner and the name Toyota Trailhunter when the time is right.

If there ever ends up being a Toyota 4Runner Trailhunter, what features do you think it should have? Should it be more off-road capable, or more utility, or more luxury?

Thanks for reading everyone. See you next story when I share the crazy stories of people who are searching for Toyota vehicles during the chip shortage.

MORE BY JEFF TEAGUE:
- Learn about 2022 Sienna Woodland Edition
- Top updates for 2021 Tacoma
- Key benefits of buying a 2021 Tundra CrewMax instead of waiting for 2022

Rob wrote on May 12, 2021 - 11:03am Permalink
Sounds like another Toyota ploy to offer another “Special Edition” model in an attempt to keep the line fresh while extending the current model as long as possible. They are squeezing every ounce of profit off this platform without a new redesign. I’m not expecting much more than a special badge, a “special” paint color, and possibly a “special” interior graphic or snazzy upholstery stitching. I’ve just about given up on Toyota doing something special with this beloved model.I’m even expecting Toyota to give up on its long standing body on frame design in favor of some modified Highlander platform for its next overhaul.
Lee Petraglia wrote on May 12, 2021 - 8:14pm Permalink
What kind of discounting can someone reasonably expect to receive on a ‘21 4Runner Night Shade?