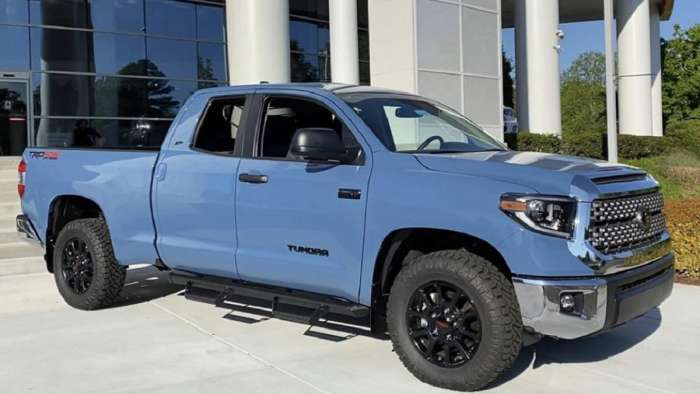 Truck owners weigh in on 2022 Tundra powertrain specs. Their comments are passionate and surprising, to say the least.
Advertisement

One of the toughest and most reliable trucks on the planet is Toyota Tundra. Owners know they can count on Tundra, and that peace of mind is one reason original owners keep them so long.

In fact, Toyota Tundra recently placed in the Top 5 list of “Cars Owners Keep the Longest” by iSeeCars.com. An amazing 11.3% of Tundra trucks that are at least 15 years old are still being driven by the original owners.

Things are evolving and about to change in the Toyota truck world. You see, a next-generation Tundra is coming for the 2022 model year. And we really do not know much about specifics yet.

We expect an official announcement within the next month or so, but time will tell where this timeline ends up falling.

I plan on seeing a chunkier and beefier Tundra body. One that brings with it more power, more towing ability, improved mpg, more cab configurations, and a redesigned suspension system. 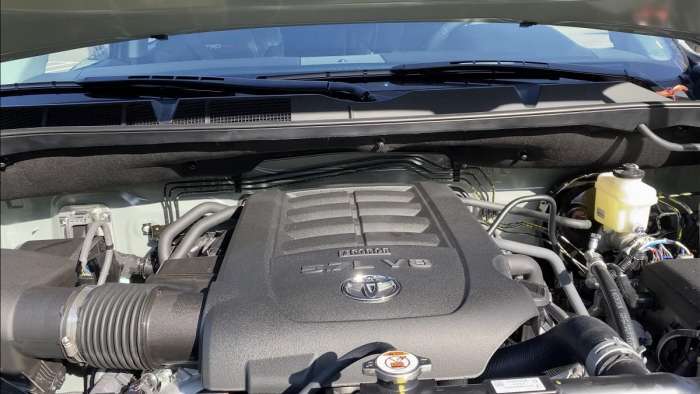 But what about the new engine (or engines)? People have associated Tundra with its trusty 5.7-liter engine for what seems like a lifetime. It produces 381 horsepower and 401 lb.-ft. torque. Matched with an electronically controlled 6-speed automatic transmission.

Rumors are circling. We may see a twin turbo Toyota Tundra engine. There could be a hybrid option. Maybe even keeping the 5.7 as an alternative – or a different V8.

You see, nobody outside of a tight-lipped Toyota inner circle really knows. Yet.

One of the most passionate, loyal and knowledgeable fan forums around is TundraCrew. This Facebook group of over 58,000 members strong is the place to go for feedback on “everything Tundra.”

I invited TundraCrew to weigh in on potential next-gen 2022 Toyota Tundra engine possibilities, and of the potential loss of the 5.7-liter V8. 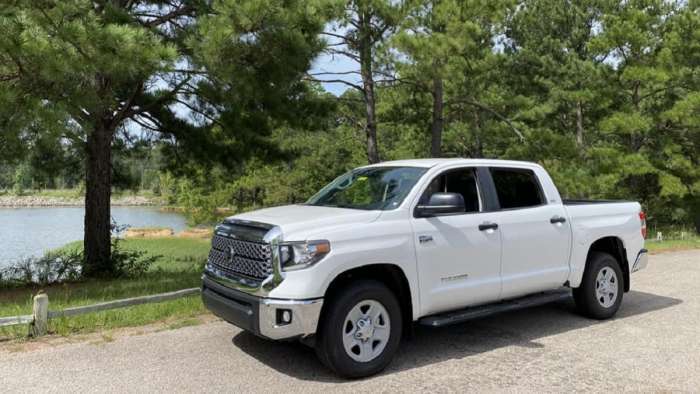 Josh commented. “I’ll buy the new Tundra and trade my 2020 in immediately if it’s what I expect it to be. Couldn’t care less about a V8 especially one that gets the worst mileage of any pickup truck. The rumors about torque and hp blow the current engine away in every category. Just a wait and see game for me.”

Ryan is excited and a bit hesitant to see what is next. “I can’t wait to see what Toyota has cooked up. But I also have mixed feelings about losing a tried-and-true engine.” 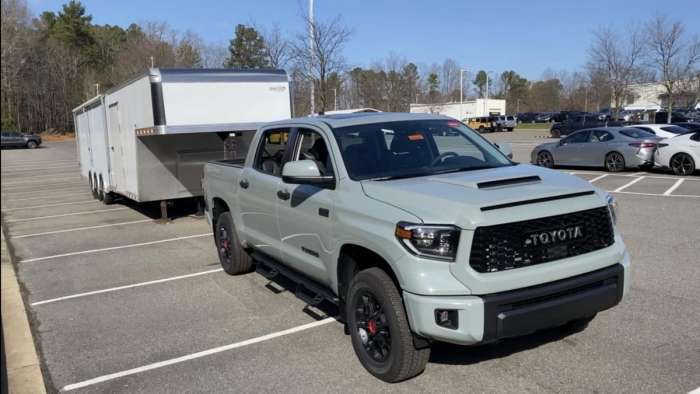 Michael threw in his two cents, “Give me the horsepower and torque of the V8 screw the turbos.” Jason quickly replied. “Michael, it’ll probably have more HP and torque.”

Another Michael in the group added. “I read the V6 hybrid is already in use in a couple Lexus vehicles, so not unproven. Should be 450 hp and 500 ft lb. torque, as good as 30 mpg on the highway. I am in!”

Brad had great analysis as well. “5.7 already has plenty of HP & Torque. I’ll keep my reliability you can have your faster truck. I don’t tow often and sure as “h” didn’t buy a full-size truck for good gas mileage. Ask me how I feel about the new Tundra engines in about 300k more miles.” 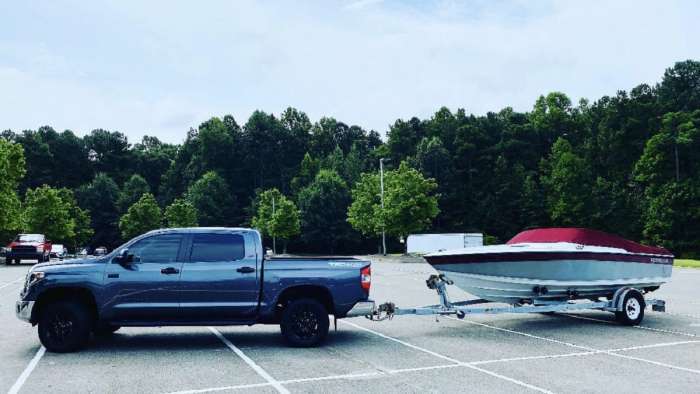 Coleman commented. “I’m stoked on the TT V6 option. More power, more towing, better fuel economy. Just wish they’d bring back the RCSB to put it in. 3.5 EcoBoost F-150s will eat a 5.7 Tundra’s lunch. I love the reliability and sound of the current 5.7, but it’s time for something new, engine is 15 years old and has never excelled at anything other than the fact that it just keeps going. Toyota knows a thing or two about boosted 6-cylinders, so I don’t think longevity and reliability will be as big of an issue as they have been for Ford. Plus, if the numbers speculation is at all close, I imagine the 2022 TT V6 is gonna be on par with or better than the EcoBoost numbers.”

Heu has a dream engine picked out. “In my dreams they offer a TT8.”

“If they put out a twin turbo v6 with a hybrid option that gets near 30 mpg I'm all in.” Chimed in a fired-up Brandon.

“Hopefully they don’t screw up the v6. I think they’ll get rid of the 5.7. Possibly v8 option all together. Glad I got my 2020 dinosaur. Hopefully, it’ll last me a long time.” I think you can count on that Justin.

Paul had other factors of importance on his mind. “Not worried about the engines. It will be what it will be. More concerned about the looks and extras.”

Steven said. “New powertrain options are great but eliminating a V8 option is brand image suicide. Toyota learned that with the T100 sales. You can make the perfect truck but it's not the total package if it doesn't have the sound of a v8 and long-term reliability that goes along with it.”

Pete has already made his purchase. “I bought a 2021 because I had been through the twin turbo thing in my F150. Nothing like a V8.”

Lars is thinking a different sort of hybrid. “I’m pretty sure the new truck will be pretty fast, powerful and fuel efficient like the Fords, but with the Toyota quality.”

Time for your thoughts on Next-gen Toyota Tundra

It is fascinating reading the feedback of these Toyota Tundra fans, owners and enthusiasts. Looks like we are all waiting anxiously for news of what is next.

Time will tell for sure. I myself cannot wait.

See you next story when I discuss 2022 Next-gen Tundra and what must not change with this new truck.