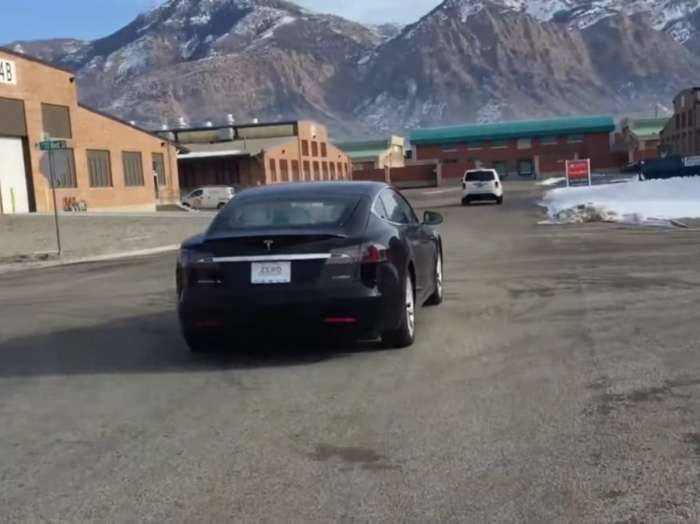 International Armoring is offering an aftermarket armored anti ballistic and bioweapon package for the Tesla Model S, in different levels of protection. A good armored vehicle needs to do two things: protect, and look stock. This package seems to do both.
Advertisement

International Armoring has a vehicle ballistic protection package for the Tesla Model S making it the fastest armored car in the world. Here are some of the features and specs of the armored Tesla Model S.

Its hard to believe that the Model S has been with us for over 6 years now, and although the present generation car was recently refreshed, six years is enough time for the car to see modifications and customizations, some practical, some neat, some just, neither. For example, not that long ago this white Tesla Model S coached limousine went up for auction on Ebay. Tesla Model S Coached Hearses are becoming quite popular in Europe with a range of 217 miles. Back in the day if a luxury car didn’t have a wagon variant like Cadillac or Jaguar once didn’t, funeral coachbuilders would convert them into a shooting brake, and there’s this recent Model S shooting brake conversion tastefully done.

We’ve seen police departments like Denver and LA try to make a police car out of Model S and X, although Tesla isn’t quite ready to sell any of its vehicles equipped with police packages. There’s also this Model X in ambulance livery from the Netherlands being showed at a mobility conference in Germany to encourage interest.

A security vehicle however, is another story. Unless you’re driving something like the US President’s State Car, that the kind of vehicle it is, is obvious, the idea behind a security vehicle is for the car to look as normal as possible while protecting the principal or client. Nothing should look modified or customized or converted so that the car slips under radar.

Armormax, a division of International Armoring, has done what appears to be a remarkable job hardening a Tesla Model S 100D against ballistic and bioweapons attack. Looking at the sample cars on their website it seems they can armor just about any kind of vehicle, I see a Toyota Camry here on the website, and do so in level choices to the customer’s needs or desire, at Levels B4, 5, and 6 (not 7).

If you didn’t know how and where to look on a Tesla, or any other car for that matter, the subtle changes wouldn’t make any difference to notice.

The open door shots however, it is a bit obvious to an eagle focused eye that the window glass and the door panels maybe be a bit thicker than usual. But if you know anything about armored cars you’d know that opacity in ballistic glass has vastly improved over the years, that if carefully done you wouldn’t know at first glance the glass was ballistic, and you can see clearly through. Originally with installing ballistic glass, Armormax made customers sacrifice retractable door windows, but their website now says that’s optional.

What a Security Vehicle Does When Equipped

When converted the car is designed to protect its occupants from basic gunfire from most high powered rifles, shotguns, and handguns. The battery tray is also armored, and hopefully will provide a buffer if not protection in case of a bomb that explodes under the flooring. What you will NOT get however, is level B7 protection, and that’s armored piercing protection, like the president gets on his car.

If one is going to have their car hardened against ballistic attack, for good measure they should also get the car sealed against biohazard agents. An assault team can come up on the car, and without biofiltration, they can use something simple like tear gas or pepper spray to distract and forcibly rouse the passengers out of the car. Tesla’s filtration system I understand helps with whatever filtration Armormax adds to the car.

Armormax has a package for just about every kind of vehicle: trucks, SUVs, vans, and cars, that pricing would be difficult and a whim to give any one a price. You have to go online or call to get a quote. What’s noteworthy about this package is how little it weighs, minimally affecting the car’s performance and range with an additional 550 pounds. That’s it.

Last week I mentioned it would be nice one day if Tesla stuck around long enough to build the US President an all electric state car. If they do, and one day do build one for him/her, this hardening process would be done at assembly on a specially designed vehicle for the president not normally used in production, like the GM car now in use. It would be interesting to see what design they’d give to the president’s state car. I hope it does happen, so that more people will see what Armormax is doing here, by combining both security and green technologies to make a safer vehicle.

What’s your take on an armored Model S? Let us know in the comments section.