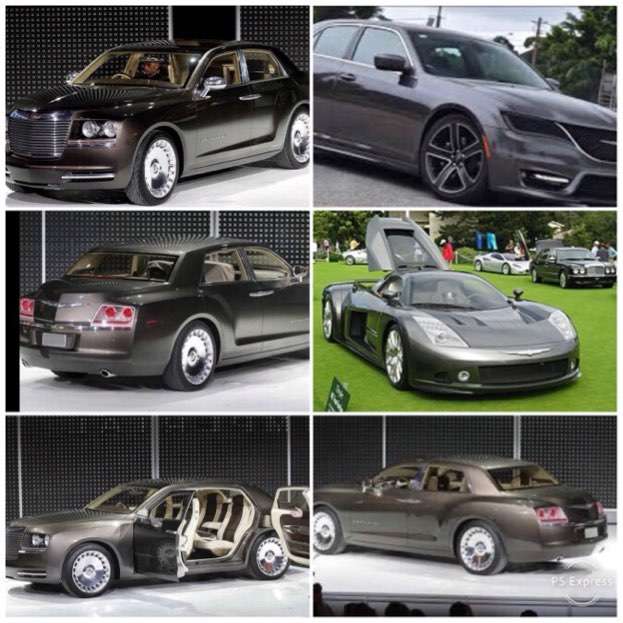 The Renault Chrysler Déja Vú All Over Again! FCA Fiat Chrysler and Renault Agree to Merge into an Electric “LeCar” Alliance!

EDIT 5/27/19- Fiat Chrysler submits formal merger proposals to both boards of directors of FCA and Renault in a 50/50 acquisition. Both companies want to consolidate. The fact is that they really can benefit from each other, so as long as it isn’t about another LeCar econobox or Alliance compact!
Advertisement

ANALYSIS: BREAKING UPDATED EDIT 5/27/19 Al Castro Torque News Los Angeles PDT 0001 Hours- CNBC is reporting that Fiat Chrysler is submitting formal proposals to both the board of directors of both Groupe Renault and FCA after concluding a series of talks between both companies. Both FCA and Renault are now looking to merge and are now officially in the process of doing so. The proposal requires approval of both boards and the approval by regulators in the countries both do business in. The proposal according to CNBC will make the alliance one of the largest car companies in the world producing 8.7 million vehicles per year. VW Group remains the largest. The FCA Renault merger will be a 50/50 consolidation with stocks split evenly between both companies and consolidation of operations.

If the agreement is finalized, it’ll be the first time in a generation both companies have collaborated since the Chrysler K Car Golden Era of Lee Iacocca. Renault can give FCA their battery tray powertrain platform and FCA could give Renault once again access to one of the more formidable dealer networks across North America that includes Dodge, Jeep, Ram, and an empty Chrysler brand that sure could use some extra vehicles in its portfolio to sell, this time hopefully without the LeCar and Alliance mistakes:

The Problem at FCA:

I make no bones about how FCA truly is one of the most anti-BEV car companies in the auto industry. They pissed off their investors last year at the late CEO Sergio Marchionne’s last investor conference in Turin when he gave what was understood would be his swansong before retirement, but also what we didn’t know at the time that essentially would be his last appearance before his Geneva hospitalization and death.

Investors were angry there was little or no provision for a robust electrification program like VW Group’s, now that FCA had paid down all its debt. And corporate culture begins at the top and flows downward when it comes to the disdain of electric vehicles. The legacy car companies may have petered around with electromobility over the years, but they certainly don’t want to build electric cars, and FCA cannot dispute its track record that proves that.

Instead of calming investors’ electro anxiety, Don Marchionne gave what some considered was a very paltry 5 year plan to electrify the entire Ítalo-Americano portfolio from Dodge to the newly formed Alfa-Maserati, including Jeep and features electrification, mostly hybridization where only necessary in certain markets. Otherwise it was “ICE ICE baby” for most of the corporate range all the way and through.

Don Marchionne made no bones about how he disdained electrics, didn’t want people to buy their only real electric car, a US compliance car, the Fiat e500, and never thought he could see the day of a Ferrari having an electric motor. There would be no roar of an engine, he would say.

The only vehicle FCA has that’s closely electric but really isn’t even considered an electric car anymore as it’s a plugin hybrid, is the swanky Chrysler branded minivan the Pacifica, that replaced the storied Town and Country van a few years ago. Thanks to Google’s Waymo, the autonomous people, Chrysler has been selling them to Waymo as test mules like hotcakes. But all cash cows come to an end and Chrysler needs to prepare for life after Waymo and for the emerging electric car market if it wants to survive, especially after all it’s been through the last 40 years.

The Problem with Renault:

Renault had to pull out of the US market after an unsuccessful run at first importing, then helping first American Motors Corporation, then Lee Iacocca’s Chrysler Corporation build Renault and Eagle branded cars in North America. All the cars turned out to be crap and Renault left the American market with its tail between its legs.

Over the ensuing years Renault joined forces with Nissan Corporation to form an awkward Daimler Benz/Chrysler type merger/alliance that unlike the Germanic Americano one, the Franco Nippon one has succeeded. In fact in order to survive electromobility the Nissan Renault Alliance has become one of necessity, and with Mitsubishi, it ensures that all these companies have a greater chance of survival in the Electromobility Era by helping one another. Adding Fiat Chrysler would be an added benefit.

This was something Don Marchionne tried to make happen during his heyday at FCA that was met with industry resistance, but he was becoming so larger than life in the industry, no company was willing to be overshadowed by him. With him gone it’s sad to say, opportunities are now abound for mergers and/or alliances for FCA.

What a New Chrysler Renault Electric Alliance Would Bring

In order to build electric cars I often say car companies need to either be flush with cash like GM, VW Group, and BYD (with BYD thanks to the Beijing government) are, or they need to have alliances to pool and share resources. Inking a deal with Renault will be a potential game changer for both.

With the Cadillac and Lincoln brands gone to crap, even though Lincoln is on a surprising uptick, I think it’s safe to say that ironically all the luxury and premium American brands are all really on equal footing nowadays. Including Buick and Chrysler, they’re all probably in the same place Oldsmobile was up until its heyday in the early 1970’s, give or take a bit for some or the others. That’s a good or bad thing depending on the brand. What a Renault electric powertrain modular platform would do for the Chrysler brand is to put it in a great position to make a comeback, with swanky Pacifica to make it eventually fully electrified, and the soon newly incoming Italian Alfa Romeo Giulia LX Chrysler 300 as the flagship saloon, hopefully with an optional four door convertible. That’s another modular platform that can be fully electrified at a later date.

If Renault Chrysler can make an equally fantastic BEV CUV SUV as swanky and agile as Pacifica is now, it could easily compete with a Lincoln, Cadillac, Infiniti, Lexus, and/or a Buick BEV SUV CUV, and might give a run for its money against Tesla Models Y and X if that compelling. I don’t think Renault could restore the Chrysler brand to its Imperial Ghia heyday, but it could toe to toe dance 1960’s style Newport and New Yorker, with Lincoln and Cadillac if done right, especially if they add some super electric saloons after the CUVs.

Whether branded Renault or built under the Chrysler brand, Renault could once again have access to that lucrative North American market that drew Fiat here as well, and have another shot at the Americans, Mexicans, and Canadians without the mistakes of the past. But the problem like it is for the Fiat brand would also be the same for the Renault one, that the memory of the unreliable crap LeCar and Alliance would come back to haunt Renault. Fiat is still hurting and it doesn’t help that they haven’t learned from the same quality control issues they had with us back in the 1970s. Fix it again Tony?

FCA is now catapulted to take on VW Group, GM, and Tesla if it wants to and it now will.

With a FCA Renault merger my prediction is that Dodge will be the lead American brand to take care of the gearheads, the Hellcat-ers, Hemi-ites, and MOPAR faithful, until ICE phase out, and the Chrysler brand will be given new life as Ion Central. The brand of Walter P’s namesake will be in charge of whipping out premium electrics to compete against Buick, Cadillac, and Tesla. Jeep and Ram will now have state of the art electric platforms that Land Rover and Ford will have a tough time competing. Expect the Jeep brand to get cachet like Land Rover and eventually take on even Rolls Royce, Bentley, and Rivian with their SUVs.

I’m being cautiously optimistic, but you know how this goes. So for anyone who can remember the Renault LeCar, or the Renault Alliance, Eagle Vision, the French Dodge Monaco, or the Eagle Premier, like I do, you do have to cringe and wonder if this is going to work or if it’s going to be another flop. You know me. I’m hopeful for the best, but always prepared for the worst!

There’s one Frenchman ironically, who might give us inspiration as to what fate a renewed Chrysler Renault alliance may bring, this time to an even more competitive and emerging electric car market:

“Let’s engage the enemy, and see what happens . . . “ - Napoleon Bonaparte

Photos originally all come from Wikipedia commons or allpar.com. Regardless, they are all published here and all under Section 107 of the Copyright Act 1976, allowance is made for "fair use" for purposes such as criticism, comment, and news reporting.

And please keep in mind that the opinions expressed here are solely mine, and not those of Hareyan Publishing or its employees, which include my staff colleagues.

What’s your opinion on Fiat Chrysler may strike a Renault deal to survive changing car industry?