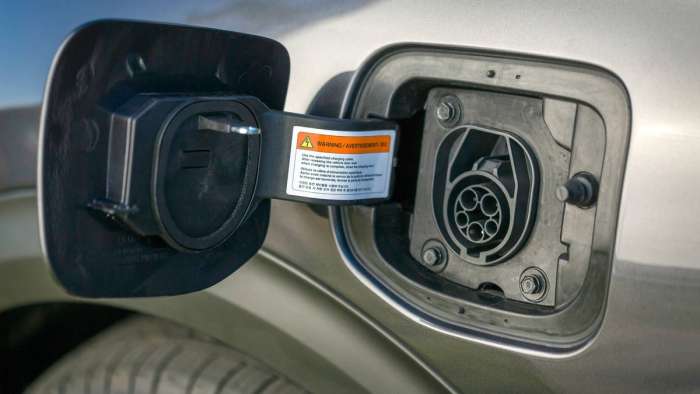 This is why Plug-In hybrids still make sense today

In these recent cold days and nights I am reminded of why I like my plug in hybrid. For the last few years I have leased and then owned Chevy Volts, and now I have a Cadillac ELR, which was Cadillac’s short-lived luxury coupe that shared the Volt’s drivetrain. I really liked my Volts, and the ELR even more. The biggest value of a plug in hybrid is that it is essentially an electric car. Here is why.
Advertisement

Plug-in hybrids , which provide smooth, clean, nearly silent EV driving. When my 40-50 EV miles are used up my plug-in hybrid keeps driving with the gas engine (which still works as a hybrid and gets me around 40 MPG).

Recently, I have been reading several articles talking about a shortcoming of electric cars, which is that in extreme cold batteries hold less of a charge, combined with the fact that space heating with electricity is not energy efficient, which can result in as much as a 40% reduction in driving range with pure electric (BEV) cars. And it reminded me about the fact that one advantage of an internal combustion engine (ICE) is that it naturally produces heat when burning gasoline. So on cold days I have always driven electrically to the freeway, and then switch over to Hold mode which runs the gas engine. After 10-15 minutes on the freeway I switch back to EV driving (I’ve got a 70-80 mile round trip commute) and I stay toasty warm using less than a gallon of gas for the day.

Both the ELR and now the Volt have been discontinued. GM’s current stance is that they have moved on from PHEVs (their design is called EREV, Extended Range Electric Vehicle) to full BEVs (Battery Electric Vehicles), although they really only offer the Bolt now in the U.S. as their only BEV for sale, and their future BEV cars are not supposed to be available to buy for the near future (2-3 years). They did also recently cancel their full sized sedan Cadillac CT6 Plug In, which also shared the Voltec EREV/plug-in drivetrain. Even though GM says now that they are done building PHEV/EREVs in favor of BEVs, they are still building new PHEV cars right now in China (Volt/Velite 5, Volt+/Velite 6) for their local (huge) market.

Arguably, FCA/Chrysler is the slowest major U.S. manufacturer to move to EVs. And it is costing them dearly. FCA just paid a 77 Million dollar penalty for their corporate MPG not meeting 2016 minimum levels. They have no BEVs, and only one PHEV (Pacifica Hybrid). They just added a mild hybrid option to their RAM pickups, but that is a small band aid in the bigger EV picture.

It would be a relatively easy engineering task to adapt the Pacifica Hybrid's PHEV drivetrain to one of their Ram pickups. But...

Detroit auto execs do not seem to realize that they are missing the boat once again, saying that it is the government’s problem in not recognizing that American buyers wanted to buy big, gas guzzling trucks and SUVs. But that attitude highlights Detroit auto exec’s disconnection with longer market trends. Because they have been making the most profit off of big trucks, they throw millions into advertising marketing more big trucks, and then they use the large truck sales as a justification why they need to stop building small fuel efficient cars. But that attitude only works so long, and then gas prices always go back up, and then truck/SUV owners get tired of spending $100+ a week to fill their gas tanks, and they move to smaller (now foreign) cars, and the resulting loss of business and revenues requires the U.S. government to bail them out of bankruptcy again.

Even though GM and VW look like they are planning to jump straight to BEVs for their U.S. market (for some of their cars), most other automakers are just starting to move to adding hybrids, and plug-in hybrids now to their car lineups. Overall, the PHEV competition here is growing with the successful Toyota Prius Prime, and Honda Clarity PHEVs, as well as new plug-ins from BMW, Hyundai/Kia, Volvo, Mitsubishi, Subaru, and others.

With only 2% of the new cars in the U.S. currently being electrified, which includes mild hybrids, regular hybrids, plug-in hybrids, and BEVs, there is a long, uphill battle to move towards EVs. Still, I am anticipating to see the greatest EV growth in regular hybrids, because they are the easiest to engineer and therefore easier to make profitable. I believe that EV plug ins will grow as well because they are essentially electric cars with a gas engine backup which gives new EV buyers a comfortable backup for long distances (and cold days). And finally the BEV market will grow because electric cars are the future with minimal smog and reduced reliance on oil.

Probably the biggest problem for EVs today is that people who haven’t driven an EV don’t know why they are great cars, and unfortunately the existing dealer network does not educate or promote EVs well. This is mostly because trucks and luxury cars make more profit, so salespeople are going to sell the products that make them the most money. Secondly, dealerships often make more money off of service than new car sales, and EVs have much lower maintenance needs, so dealers again will promote sales of vehicles that make them the most money.

PHEVs are still the best option for many people today

The new BEVs are getting all of the automotive headlines these days. But in the meantime, as we are just starting to see more longer range (150 mile+) BEVs that are affordable hit the market, and while the EV charging infrastructure gets built across the country so that you can get a fast charge just around the corner, the next generation of PHEVs that offer the best of electric cars (quiet, clean, low maintenance) along with the best features of ICE engines (unlimited range, heat on demand) will keep providing a sweet-spot for drivers who want an affordable electric vehicle that meets their individual needs today.

Jean Simard wrote on February 16, 2019 - 10:15am Permalink
Totally agree. I now own a 2018 Volt LT. Mostly used for local in town mileage I seldom use the ICE portion other than for warming the HV Battery at start up in the cold winter weather of South Central Ontario. In winter I am getting on average 70Kms/43m per charge and in summer 110Kms/68m per charge! A 35% drop in winter over summer. But because we do make longer trips at times an EV is out of the question due to range and in Ontario mainly due to the lack of a fast charging infrastructure!
kent beuchert wrote on February 16, 2019 - 1:11pm Permalink
Volt type vehicles always only made sense when battery prices are high.
Sam Anderson wrote on February 17, 2019 - 11:52pm Permalink
All hybrids are a bridge tech, THey emit an exhaust. BEVs are the only way to go.
John Goreham wrote on February 19, 2019 - 9:51am Permalink
Great overview! Having tested pretty much every form of green car, I agree completely. PHEVs in many cases are operated almost entirely on electricity by owners. With over 40 miles of EV range, cars like the Clarity PHEV are perfect for emission-free commuting and can also be used to drive your kid to college 3 hours away without stopping a few times per year. AAA, Consumer Reports, and unbiased reviewers are all starting to report the truth about BEVs in winter. Ranges slashed by 30 to 50% and dramatically-longer charge times - if you can even find an open charger location. PHEVs are dominating affordable EV sales, and battery cost is only part of why.
DeanMcManis wrote on February 19, 2019 - 11:52pm Permalink
Thanks John. Even though the range cost of EVs due to cold weather is not a deal killer for most people, it does highlight one advantage of hybrids. As an experienced auto reviewer, you points add extra value to my assertions. Kent, Sam, while hybrids can be seen as a bridge to BEVs, the bridge is FAR longer than either of you will admit. You can't say a bridge is finished when it is 1% complete. I want BEVs to be successful just like you two do, but you need to understand that putting down hybrids to promote BEVs does far more harm to the success of BEVs than good. Because the more people who drive electrified vehicles, the more people will tell their friends about the benefits of electric motors in cars, from smoother, more reliable, quieter, and cleaner operation, to better accelerating and efficient vehicles. This is the same across ALL vehicles that are assisted with electric motors, and putting any of them down slows the progress of them all. You need to help by giving the 98% of car owners who solely use fossil fuels today some good reasons to choose an electrified vehicle, as opposed to reasons why you think that BEVs are the only EV technology that works for everyone. Because that approach will only add doubt and uncertainty to the 98% of potential EV buyers who drive using only gas/diesel today, and delay the acceptance of EVs.
Jesse wrote on February 20, 2019 - 8:54am Permalink
The EV and hybrid electric vehicles are in production for two reasons: 1) To help a manufacturer meet CAFE standards and 2) Political pressure. Both of these are poor reasons to produce an electric vehicle of whatever variety. The lack of overwhelming public acceptance can be traced to multiple reasons. Price and infrastructure are two big reasons. It seems where the total EV excels over the gasoline/diesel engines is tailpipe emissions. I can pull into any gas station and fill-up and be on my way in 15 minutes with a travel range of 300-400 miles. No electric can do that. An article in Greentechmedia.com dated July 5, 2017 shows that 17 states impose additional fees on EV's due to the fact they either use no gasoline or less gasoline depending on model. Less gas used equals less gas tax revenue thus additional fees for these vehicles. Let no good deed go unpunished....indeed.
Myles wrote on March 18, 2019 - 10:04pm Permalink
"With only 2% of the new cars in the U.S. currently being electrified, which includes mild hybrids, regular hybrids, plug-in hybrids, and BEVs, there is a long, uphill battle to move towards EVs." 2% of new cars are plug in electric vehicles actually (PHEVs and BEVs), that number would be quite higher if it included mild and regular HEVs.