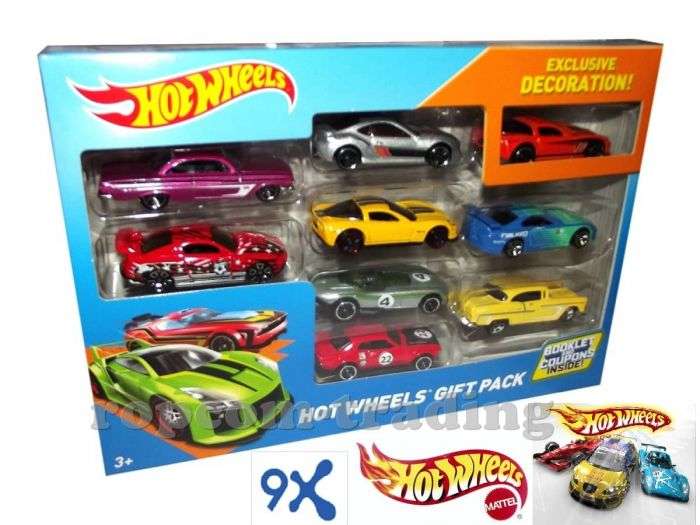 Mattel's Hot Wheels toy cars are 50 years old. I was 10 years old in 1968 when Hot Wheels hit the market. They were the biggest thing to hit since Mt. Vesuvius erupted. My friends and I were crazy for them. The Saturday morning ads were very powerful and fueled our interest.
Advertisement

It was 1968 and Hot Wheels revolutionized the toy industry. Introduced by Mattel in May of that year, Hot Wheels were so popular demand exceeded supply. Mattel opened a factory in Hong Kong to meet demand. Elliot Handler and Harold Matson started Mattel in a garage back in 1945. They began selling picture frames and dollhouse furniture. Harold Matson sold his share of the company to Handler due to poor health. Elliot Handler's wife Ruth took over Matson's role in the company. The company's first hit toy was a ukulele called "Uke-a-Doodle.

Success breeds Hot Wheels.
The Barbie doll toy line came out in 1959. The toy line became a smashing success. 9 years later, Hot wheels became the next big Mattel toy line. Most toy cars available to children had enamel paint with wheels that didn't roll well. Matchbox cars were the most popular, made in England. Tootsie toys made in Chicago were also popular. They were even more primitive with no interiors and large plastic wheels.

The Lure of Hot Wheels.
The appeal of Hot Wheels was undeniable. The toy cars had Spectra Flame metallic paint finishes. The wheels made the cars go extremely fast when pushed across the floor. Mattel also created and sold track sets to run the cars on. The biggest innovation was a housing running on batteries with foam wheels that spin, propelling the cars around the track at high speed. 16 models were released the first year. The first Hot Wheel made was the Chevrolet Camaro. The next 15 were the Corvette, Mustang, Cougar, Beatnik Bandit, Barracuda, Eldorado, Firebird, Fleetside, Dodge Deora, VW bug, Hot Heap, Python, Ford J Car, and the Silhouette. They featured the Spectra Flame paint, side pipes, opening hoods with big engines and a stance that made them the coolest cars around.

Celebrating 50 years.
Mattel really understands the value this toy line has for people. Hot Wheels are primarily enjoyed by children but in the last 20 years the company has realized that adults also collect them. Mattel has tapped into adults love of cars and car culture. They have marketed products to the adult collector market and have reached many more people than they ever could by concentrating on the kids market. It is estimated that 4 billion Hot Wheels have been manufactured since 1968. This year Mattel is celebrating in a big way. Their 50th anniversary Legends Tour is traveling across the country making 15 stops, each at local Walmart's. The shows will feature life size replica's of Hot Wheel cars with running drive trains, historical die cast displays, kids activities, and a gaming zone among other activities. You can visit Mattel's site at, Hotwheels50th.mattel.com for more details.

A car show opportunity of a lifetime.
One of the most exciting features of the tour is a car show with a different theme at every stop, from Muscle cars to Rat rods, Mattel designers will choose one car from each show. If your car is chosen Mattel will make it into a Hot Wheel and sell them at retail. You must register your car to be considered for this great honor.

Our deep connection with automobiles.
I have loved cars since I was very little. I always like to joke that I was born with a Tootsie Toy in my hand. I played with Matchbox cars and then Hot Wheels. Making roads and towns in the dirt in my back yard was a big part of my childhood. The Chevrolet Camaro, Ford Thunderbird and Mercury Cougar were among the first Hot Wheels made and these were the cars that cruised my neighborhood among others. I remember running my Hot Wheels over the contours of the dashboard on my dad's 67 Impala wagon, watching the wheels of the car move up and down. They were sweet memories of a simpler time when cars were king.

These days cars are still important. Muscle car performance is even hotter than it was in the 60's when the horsepower wars were fierce. My connection to the automobile is deep. Growing up in a time where almost anything goes in the auto industry with less government regulation, has always fueled my interest in cars. How about your memories of cars and your connection to them? Did you play with and collect Hot Wheels? Share your thoughts. Hot Wheels were one of the things that made my childhood go round.