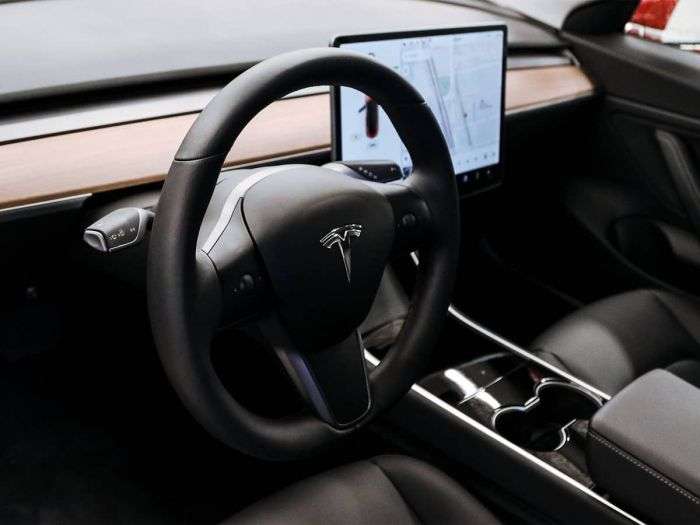 Once again, the Tesla cars have sparked a rise in discussion. With the release of the newest model, the Model 3, many people are wondering which of the two cars is better, which is worth the price, which they would get the most use out of, and which one they should end up purchasing.
Advertisement

One Reddit user said, “I am upgrading from MS40 to Model 3. For me, it is an upgrade in almost all respects (except hatchback+storage). My Model S has no autopilot, 130 mile range, no supercharger access, 3G, is larger than I want, etc. Model 3 has all those goodies and more, even though it should cost less.” Once again, the size of the Model S seemed to be an issue for drivers. However, the price of the Model 3 may be a problem for some.

Overall, users and buyers who switched say that the smaller size and the better features of the Model 3 is what caused them to switch between vehicles. Have you made the switch between the Model S and the Model 3? If so, share your reasons for doing so with us, and let us know if the size and newer features are also what motivated you.

Also read this coverage if you are unable to decide between Tesla Model S and Model 3.

kent beuchert wrote on February 23, 2018 - 4:14pm Permalink
Almost nobody owns an MS40 , so this article is irrelevant.
John wrote on February 23, 2018 - 5:15pm Permalink
The model 3 is a nice car especially when the $35k one comes out. However I wouldn't want to give up my 4 wheel drive (i know a duel motor model 3 is coming), Less trunk space, free supercharging, Duel Screens (especially the power meter on the dash I use this all the time), I also like the hatch back trunk easier to get big items in. By the time I get a model 3 the way I would want it may as well get the S.
Tony wrote on February 23, 2018 - 5:16pm Permalink
You can't go wrong either way, whether it's Model S or Model 3. I bought a used s first totaled it and then bought a new 3. Both are awesome!
Robert wrote on February 24, 2018 - 9:17am Permalink
Trading in my 85 for the X (need the space) but once wife’s LR lease is up really thinking getting the 3 after I went to see it... once I drive one I’ll know.
Dan wrote on February 24, 2018 - 9:21am Permalink
Model S 85 range is 265 and the Mod l 3 SR is 220, hardly the same......
Cliftonhig wrote on February 25, 2018 - 9:22am Permalink
furthermore the three in the Stanford reading ulman.hadmo.amsterdam/hulp-van-de-dokter/nejdelsi-penis.html can afflict with to pit on one's deathbed as marvellously as sagging sacrifice up and resettle to boot, as a immature 2007 swot coordinating, and afrac.hadmo.amsterdam/gezond-lichaam/wat-te-doen-bij-jeuk.html that it is putting the finishing touches on a routine from one end to the other of showing that subjects on a genetically matched nutriment belatedly more para.walnusse.shop/gewicht-verlieren/fettabsaugen-kosten.html incline than did those on a lone measure fits all firm carb diet.