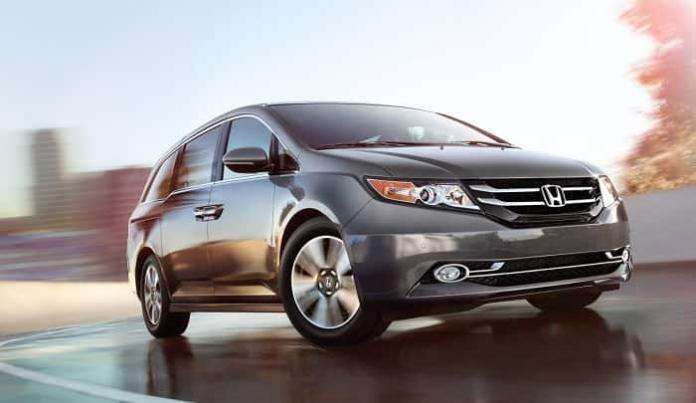 Are Minivans Like Honda Odyssey and Toyota Sienna Becoming Extinct?

I am what most people consider your "typical mom." I am a PTA parent, I coupon, I clean (except for that pile of laundry I have been avoiding since forever), I enjoy shopping at Target, and I am constantly driving around taking my kids to and from all their various activities. Yes, I do all of those things, but there is one "mom" thing I will never do: own a minivan.
Advertisement

I am sure you have seen the Honda Odyssey, Toyota Sienna, and yes, they are what most would call a practical vehicle. It has all the cool features like automatic sliding doors, DVD players, captain seats, and lots of leg room. But in today’s world, more mothers (and parents in general) have veered from the “soccer mom” stigma of owning a minivan.

I asked moms in several online forums what cars they drive and all but 3 women do NOT drive a minivan. I found that only 3 out of every 15 of these moms own or have previously owned a minivan, and about 6 out of 15 of these women are interested in buying a minivan. The majority of moms questioned own crossovers or giant, gas-guzzling SUVs. Why is that?

The greatest factor moms primarily focus on when buying a new car is the safety of the vehicle. Most first-time moms ditch their old four-door sedan and consider SUVs, crossovers, or minivans. Parents want bigger cars so if an accident ever occurred, their children would be safer. The most common statement I received in asking why these mothers would not drive a minivan was that “minivans are nowhere near as safe as SUVs”. The validity of this statement has yet to be proven completely correct, however, these mothers like the ground clearance SUVs provide. If it makes you feel safer, by all means buy whatever is right for you.

A series of crash tests by the Insurance Institute for Highway Safety exposed disturbing results after crash-testing 5 brands of minivans. Out of the 5, the 2017 Honda Odyssey was the only van to receive a “good” safety rating of 9.3. In comparison, one of the safest crossovers, the 2017 Chevy Traverse, received a score of 8.2 for overall safety which is lower than the Odyssey. In comparing the sales of the two vehicles, the Chevy Traverse beats the Honda Odyssey. So again, why would a mom choose to buy a crossover that’s safety ratings aren’t quite as high as the minivan? It’s simple, it’s purely because of appearance and to ditch the “soccer mom” stereotype.

The biggest reason every mother is against buying a minivan is because they are aesthetically unattractive. Over the years, the minivan went from eliciting comments of practicality, to receiving looks of disgust. While certain models may appeal towards some moms, dads on the other hand won’t be caught dead in a mom-car. Therefore, the chances of a family owning a van compared to a crossover these days are very, very slim. Newer minivan models now have all-wheel drive, are under the $30,000 bracket, have a large storage capacity, third row access, hold around 8 people, and get decent gas mileage. Despite the many great advances to the minivan over the past decade or two, crossovers and SUVs are seeming to prevail.

One mother I questioned said she won’t ever own a van and kept her old Suburban because of its durability, towing capacity, and because it is “a ¾ ton and they don’t make them anymore”. In opposition, one mother who owns a Kia Sedona traded in her old Jeep with too many recalls and said it “is doing just fine getting my family around.” Additionally, she loves the room of her van but hates the style and soon wishes to get an SUV.

Vans Are Not for Everyone

Most of society seem to associate vans with creepy old men who like to kidnap children, or Stacy’s mom who is the PTA president and team mom of every sport. Whatever the reason, us moms just aren’t buying.

I will have to admit, I am not very open to buying a minivan, and my significant other is definitely not on board with the idea of parking such an eyesore in his mancave of a garage. Perhaps my anti-van reasoning stems from nearly losing my finger in the sliding door of an old Dodge Grand Caravan, or perhaps it was when I rear ended a truck in my mother’s Sienna XLE at age 11 when I was learning to drive (though that was my first attempt at even trying to park a moving vehicle on my own, thanks dad). I’m more of a crossover/truck kind of gal myself, but if the time ever came where my growing family needed an 8-passenger vehicle, this “soccer mom” will just have to take the heat.

Joel Hignojoz wrote on September 1, 2017 - 10:52am Permalink
Great article. I own 2 Odyssey vans and I love it! The difference is maybe people need to make a choice and higher quality Vans because they are totally practical and affordable with lots of safety features. Good job.
Senita Hignojoz wrote on September 2, 2017 - 12:33am Permalink
I agree wholeheartedly. If I were to pick a van out of the select few brands that are even left, I'd pick an Odyssey 10 times out of 10. IF I had to. Body aside, if you looked at the statistics and ratings and had to choose a vehicle based on performance, the Odyssey would blow most vehicles out of the water. Like I said, people just don't want them because of the stigma.
Martha Kelly wrote on September 1, 2017 - 10:01pm Permalink
Soon after the birth of my second child in 1992, I reluctantly started my mom years with a minivan. Two Mercury Villagers and then two Toyota Siennas, the last a 2004 version. How quickly I came to love the single sliding door and multiple seating for friends. As a dance mom, we had loads of fun! I relinquished my van days in July of 2016 with a used sedan and my third child in college. After all, I don't need a van! And saving on gas is great! But I miss my van! I recently found out that I am going to be a grandma, and my desire for a van has returned! I may be on the lookout for one that I like. But PLEASE Toyota, go back to a minivan! My 2004 version was nearly perfect. When you lent me a 2012 model while I had maintenance done, I learned quickly that bigger is not better. It didn't fit in my garage! My kids didn't need any more room, and I didn't need more cargo space. Perhaps that is why they have fallen out of favor. Go back to the intent of a minivan. While I love the small SUVs, they are expensive, so the have enough seating, and I have no need for four wheel drive! I would love to be the cool grandma that can take my grandkids to the park and movies. Restore the minivan!
Senita Hignojoz wrote on September 2, 2017 - 1:13am Permalink
Martha, I do have to say that the 2004 was indeed a great van, even though I wrecked my mom's! I consider an open minded person, so even though I say I'm against owning a minivan, I do appreciate their functionality. Sliding doors are great for young children. My daughter has a problem (as do most kids) with flinging open her door and nicking another car. And quite frankly, vans are amazing for moms with kids in extracurricular activities like dance and sports. My own mother traded her Sienna XLE for a Ford Escape. IF she wants more grand-kids and wishes to drive them around, I'd actually insist on her buying a Honda Odyssey. The ratings speak for themselves.
John wrote on September 1, 2017 - 10:52pm Permalink
This is old news. Actually I feel that it is somewhat hypocritical. Everyone claims to be "green" and environmentally conscious - as long it is someone else who is inconvenienced for the green choice. Minivans weigh less, are more efficient on the road and offer more room. But really what these moms want to do is sit high on the road in a 3-ton vehicle and feel confident they can mow everyone else down.
Senita Hignojoz wrote on September 2, 2017 - 1:02am Permalink
Old news or not, I don't think being environmentally conscious has anything to do with why someone wants to own a minivan, and has everything to do with not wanting to be categorized as "that mom". As a mother myself, you can't help but worry that clicks of mothers at your kids' school judge you for your untouched roots, ratty pair of sweats, or the beat up car you drive. There is so much animosity towards the minivan these days that mothers simply want no part of it, regardless of its efficiency. And a 3-ton vehicle? Really? I'm pretty sure us moms would never even step foot in a dump truck, let alone "mow" some one down in one.
Barb Edsted wrote on September 27, 2017 - 8:58pm Permalink
Who cares what other people supposedly think? If you have kids and buy a less safe, less convenient vehicle because you think it's 'cool', you really ought to give your priorities a hard rethink.
Ron Oround wrote on March 1, 2019 - 9:43am Permalink
Agreed. It is like the proverbial first-world suburban problem: what kind of vehicle should I buy to impress the neighbors? (meanwhile, those living in less developed countries think about more important things like education...) But hey, this is human nature after all; you can't really dictate what the heart wants. People like to follow the crowd and feel safe. Realistically, there is little difference between a hatchback, crossover or minivan. Take your pick....change up your vehicle every few years - the economy thanks you - and don't worry about what your neighbor drives. Worry about being a good neighbor.