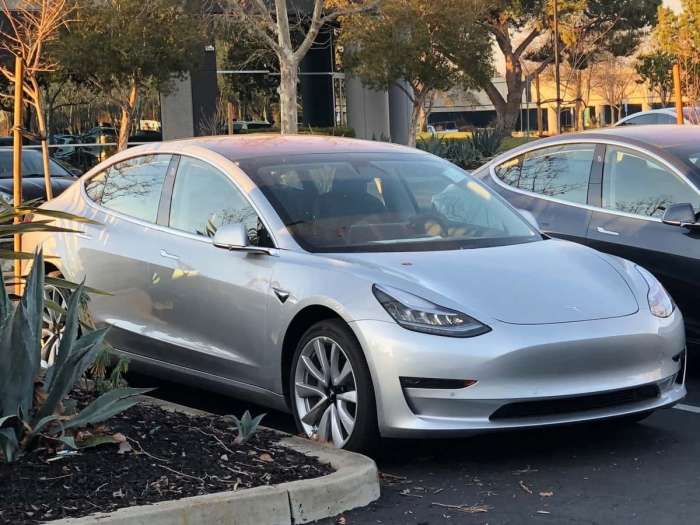 In a recent email, Tesla's Elon Musk stated that skeptics who doubted that the Model 3 would have strong production were "in for a rude awakening." However, there may be reason, or two reasons, to believe that this confidence is premature, despite improvements.
Advertisement

Elon Musk is confident that Tesla will be able to meet its 5,000 car per week target by the end of this month. They have added additional production lines, some housed in a giant tent. However, this comes after recent news of employee sabotage, the full extent of which Tesla has stated they are not sure.

With good reason, this has made some skeptical that Model 3 production will continue on schedule. Even if production is not further hindered by sabotage, there is another concern which may slow long term production. Recent safety concerns have brought regulatory scrutiny upon Tesla's technology, including concerns about autopilot functionality and more recent concerns about batteries reigniting after a crash. This is one reason that reaching 5,000 cars per week may not be enough to keep the Model 3--and Tesla itself--profitable. If public safety becomes enough of a concern and safety regulations are imposed, this may hinder production just as the alternative-energy marque is picking up steam.

In addition, even if Tesla's Model 3 production meets or exceeds the desired number, it comes at significant expense. It will take more than accelerated production for Tesla to benefit from the Model 3. If the cost of production continues to increase with the expense of additional manufacturing facilities, the profit margin may be reduced to the point that the company no longer benefits from increased volume. Baron Opportunity Fund portfolio manager Michael Lippert said that his firm is more concerned about Tesla maintaining profitable margins than he is about production numbers.

None of this is to say that Tesla's Model 3 is doomed to be a kind of swansong for Tesla. It is clearly the case, however, that Tesla has a slew of hurdles to overcome before the future of the company could be called secure. One of these hurdles is, of course, production numbers and schedules, which has been problematic for the company for some time. But Musk's brainchild faces a number of other challenges before it's future becomes anything more than murky.