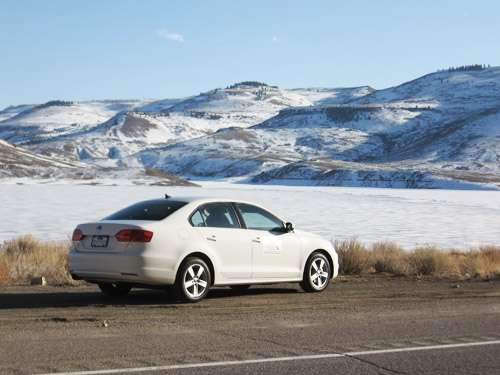 Win a trip to NYIAS with an awesome auto picture

Wouldn’t you love to attend the New York International Auto Show (NYIAS), America’s oldest and perhaps largest automotive trade show, with all your expenses paid for two and complete with passes to the exclusive Press Days?
Advertisement

The NYIAS grand prize winner’s package will include not only an all-expenses paid trip for two, including airfare and accommodations, and show tickets for the Press Days, but will also be named Official Roving Photographer for the event.

NYIAS is throwing in an EOS Rebel T3i 18-55mm IS II Lens Kit. Winners placing second and third get the same lens kit along with a $250 Visa Gift Card.

In 2012, the Big Apple’s auto show will indubitably showcase the latest models and concepts in a rapidly changing automotive world. Consuming four full floors of the new Javits Center North Exhibition Hall, the event will exhibit over 1,000 bright, scintillating 2012 and 2013 vehicles, along with the visionary concept cars from the leading innovators in the industry.

NYIAS will convene with the aforementioned press days April 4 and 5, followed by the public opening and show April 6 to 15.

We think you’d probably love to win the grand prize and chances are so would a number of your friends, so here’s how you go about it:

• Second, pick out your sickest, most fly and infectious automotive photograph – any car – yours, a friend’s, a dream car, clown car or the ugliest one you’ve ever seen. Crop it, process it, tweak it however you like and save it (a jpg would probably be best). The only instructions on size and resolution state it can’t exceed a 10-megabyte file.

• Third, share your pic with your followers to see how many of them and their friends like it. The one with the most votes will win the grand prize.

Currently Snap My Life seems to be having some sort of problem with Facebook and the number of votes accumulated by entered pictures is not apparent. A few good ones are already up, but who’s to say the one you’re entering isn’t better?

Snap My Life functions as an online photo album with privacy and security settings similar to Facebook. The photo size restriction applies to all photos you upload, either from you phone or computer.

So get your entry in and three weeks from now you'll might be amazing your friends with pictures of the NYIAS press days and parties – if you are the winner of the contest’s grand prize.

An all expense paid trip to the continent's longest running auto show would be nice indeed. Perhaps we’ll get the app and enter the photo up above. So get off the porch and maybe you'll be running with the big dogs at NYIAS!

Snap MyLife wrote on March 18, 2012 - 8:50pm Permalink
Just a quick note you don't need to download anything to your phone. Just head over to snapmylife dot com / autoshow and "Submit Photo" to start the entry process! Good luck everyone!!

Toyota's First EV Will Have a Name of BZ: Toyota BZ
First Videos From Inside The Boring Company's Las Vegas Loop
END_OF_DOCUMENT_TOKEN_TO_BE_REPLACED