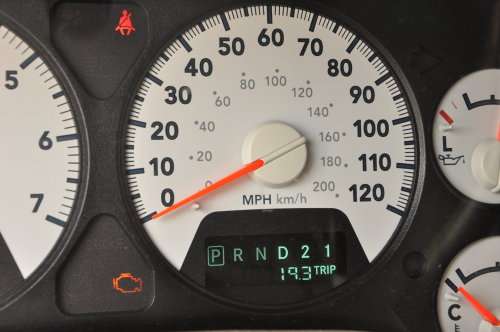 Who pays most for Check Engine alert repairs?

When the Check Engine light comes on next to the gauges on your dashboard, it could mean your fuel cap is simply not on securely. Then again, it might be a harbinger of the need for a pricey new catalytic converter or some other expensive repair. CarMD reports motorists dealing with this indicator paid an average of $421.49 in Arizona last year – the highest in the nation. Arizona Drivers pay 18 percent more for repairs and 23 percent more for parts over the average paid in other parts of the country.
Advertisement

Drivers in the District of Columbia, one of the wealthiest areas in the country, according to the U.S. Census Bureau, paid the least at $265.29 for repair service. CarMD also found drivers in New Jersey came in closest to the national average for car repair costs at $357.32, just a dollar over the U.S. average. According to the first annual CarMD Vehicle Health Index, the average cost of U.S. Check Engine-related auto repairs in 2010 was $356.04, breaking down into $212.44 in parts and $143.61 in labor.

"Through comprehensive data collected via CarMD's nationwide network of Automotive Service Excellence-certified technicians, we are able to provide national and state-by-state transparency into vehicle repair costs," said Art Jacobsen, vice president, CarMD.com Corporation. "We are releasing this data to empower consumers and technicians with a better understanding of common repairs and costs, and to call attention to the fact that, regardless of region, drivers who follow a regularly scheduled maintenance program and address small problems early tend to have reduced fuel bills and repair costs. That said, if you live in a state with harsh weather conditions such as Arizona's heat or North Dakota's cold, it's imperative to take care of your car to avoid catastrophic vehicle failures."

Several highlights emerge when comparing costs and ranking repairs for each state. While Arizona's no. 1 ranking comes down to warm, dry weather wreaking havoc on a car's parts, it is still surprising to see Arizona's average parts costs at 23 percent higher, and California's labor costs 20 percent higher than the U.S. average.

Labor costs in the West tend to be higher thanks to dry air, dust build up in parts a clogged mass airflow sensor, for example, which happens more often increasing costs. Milder temperatures in Western states also allows for more year-round driving, typically leading to added wear and tear.

• Six of the 10 states with the lowest car repair costs are in the Midwest, including Nebraska, Wisconsin, Ohio, Missouri, Indiana and Minnesota.

• The states with lowest repair costs involved gas cap problems more often. One of the most common causes for check engine problems, loose caps accounted for nearly 12% of repairs in D.C. and 11% in Ohio. Loose, damaged or missing gas caps are an inexpensive to fix but cause the loss of 147 million gallons to evaporation annually.

• More than 12% of the repairs in D.C. were made at zero cost in terms of parts and labor charges, presumably due to a higher number of new vehicles under manufacturer's warranty.

• Some states with lower repair costs had a number of repairs not requiring any parts at all, including Missouri (26 percent) and Wisconsin (21 percent). Some of these repairs were made under warranty at no charge, while others were Check Engine light issues fixed with a simple adjustment like adjusting the engine idle and removing an aftermarket alarm and or cleaning the throttle.

• Alaskan Drivers paid the most for oxygen sensor replacement ($268.22), which was the most common repair in the country in 2010. O2 sensors monitor the amount of unburned oxygen in the exhaust and tell a car's computer how much fuel to inject for proper operation, causing a dramatic drop in economy if not repaired. The average cost to replace an O2 sensor is $238.71, including parts and labor, but can lead to as much as a 40 percent reduction in gas mileage.

The CarMD State-by-State ranking of average repair costs was derived from analysis of roughly 80,000 repairs made from Jan. 1, 2010 through Dec. 31, 2010 by CarMD's network of Automotive Service Excellence-certified technicians. The Census Regions and Divisions of the U.S. map were used for regional data calculations. The repairs are all related to a vehicle's "check engine" system, which is designed to alert drivers to problems that affect emissions output and drivability. This technology is standard on all vehicles manufactured since 1996 and covers an estimated 80% of systems on cars, trucks, SUVs and minivans – foreign and domestic. The CarMD database and average cost of repair findings does not include repairs of problems that are not associated with a vehicle's on-board diagnostic computer such as tires, brakes and mechanical parts such as belts and hoses.