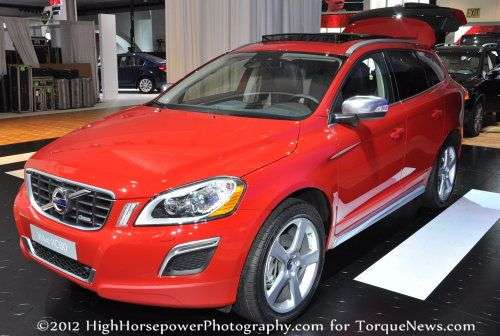 Volvo is recalling over 12,000 of its best selling models in China for faults in the wiring that can lead to airbag failure or an undercoating that can cause fuel leaks.
Advertisement

The brand is recalling 11,119 S60 and XC60 vehicles to repair a wiring harness beneath the front seats that might cause airbags to fail, China's General Administration of Quality Supervision, Inspection and Quarantine, according to a Reuter’s post today in the Chicago Tribune.

Another 1,679 of the same models have been recalled over concerns regarding an undercoating that might penetrate fuel lines, causing a leak.

No injuries or fatalities have been attributed to these defects at present.

A report on Inside Line last year, noted Volvo’s sales were growing rapidly in the Asian giant. Volvo reportedly sold over 200,000 vehicles during the first six months of 2011 in China so this recall affects significantly less than 10 percent of their vehicles sold.

The company is marketing their flagship S80L and S60 sedans there, as well as the XC60 SUV.

Owned by the Zhejiang-based Geely Holding Group, Volvo plans to add five more lines to its Chinese line-up during 2012. No word has been released on whether this recall will affect those plans in any way.

The company reportedly has over 100 dealerships in China and is pursuing additional growth and presence throughout the country.

"We regard the Chinese market as the second home market for Volvo Car Corporation and a very important part of the plan to build a successful future for the company," said Stefan Jacoby, President and CEO of Volvo Car Corporation, in a corporate press release outlining the brands strategy in China.

The company has one plant in operation already, Daqing, in the oil-rich northeastern region very close to Russia. It has broken ground on another plant in Chengdu, which is expected to be brought online in 2013.

“Daqing and Gothenburg are located more or less at the same latitude, so they share the same weather and temperatures, and air quality is also very good in Daqing,” said Geely Chairman Li Shufu to the Wall Street Journal last year. “Swedish people would very much like this place.”

It would appear Volvo is bullish on China and has no intention of backing off their marketing plan.

So is it better to recall cars and publicly take care of a manufacturing fault or to hush it up and sweep flaws under the rug? Either strategy may work, but if unrecalled flaws get the rumor mill going full strength, the failure to act may be more expensive in the long run than the manufacturing fault itself. Volvo is wise to nip this problem in the bud, in a market for their vehicles where the sky may very well be the limit.

Tesla Giga Berlin's New Hurdle: It's Not Only the Gov't, but Now Tesla Itself
Teslas Are Sold Out Until 2023, But The Timing May Reverse
END_OF_DOCUMENT_TOKEN_TO_BE_REPLACED