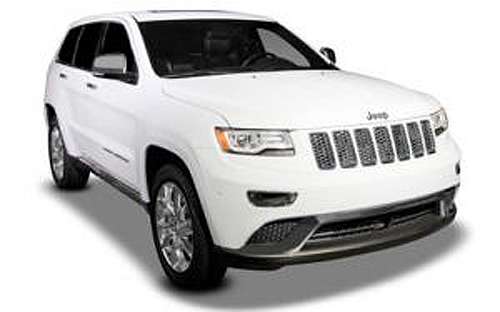 The engines are shared by the Chrysler Group’s recent powerplants in the Durango, Dakota, Ram, Charger, Chrysler 300, Jeep Grand Cherokee and Jeep Liberty.

A new or rebuilt engine is a significant expense for an owner that loves his or her car – why are such devastating events occurring at only 75,000 miles?

According to Powertrain Products (PP), a leading supplier of used, rebuilt and surplus engines, the reasons are twofold and caused by simple design flaws.

Faulty valve seats
According to the engine company, the original Chrysler design presses the valve seats into the cylinder heads. The problem results when the powdered metal the valve seats are made of expands, causing it to drop into contact with the valve and pistons, which leads to catastrophic failure. In this process the seat breaks into many pieces causing deterioration of the piston, cylinder wall, valve and cylinder head.

This metal can even get into the intake manifold – if not cleaned properly, it can lead to a failure in replacement engines.

Piston ring landings
Again according to PP, a flaw in the engineering of the piston ring landings results in the engines running much hotter than they should. Coupled with what they call overly small drain holes in the heads and block, this overheating breaks down new oil, leaving sludge in the engine, ultimately blocking it. Consequent oil-starvation can lead to engine block seizure.

That said PP has a vested interest in convincing owners of Chrysler products that the engine is flawed. The Maryland based firm is willing to correct the problems they have identified for $1,500.

On the other hand, if they are right in their assessment, that’s considerably cheaper than a new engine.

"Engine problems are showing up in Dodge/Chrysler cars at about the 75,000 mile reading,” said Eddie Symonds, CEO of Powertrain Products. “Let's face it, everybody expects the engine to run smoothly for at least 200,000 miles, which it doesn't. We consider this as a very early failure."

Notably the firm makes identifying automakers flawed engines and undoing the mistakes their business. They also specialize in repairing flaws in the Ford 5.4-liter V8 in the F-series and Mazda 2.3-liter engines used in Mazda 3 and 6 models.

"We are not another corporate-monster," Symonds added. "We strive to help our customers to get back up and running as soon as possible."

In the response to a recent NHTSA recall letter to Chrysler, the auto group stated:

“Chrysler Group stands behind the quality and safety of its vehicles. It conducts voluntary recalls when they are warranted, and in most cases, before any notice or investigation request from NHTSA.

“Customers who have questions or concerns can call the Chrysler Group’s customer care line at 1-800-334-9200.”