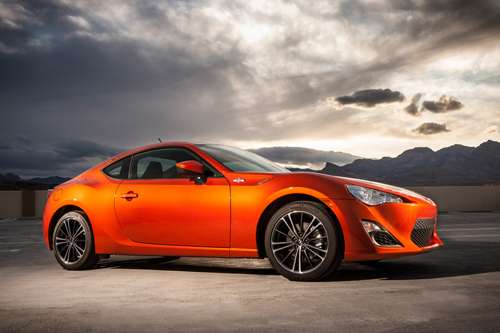 Tada was speaking with Alborz Fallah of Car Advice on the first anniversary of the Toyota 86 event in Canberra.

“Akio Toyoda always says to me, Toyota sports cars should be three sports car brothers,” Tada said. “The 86 is in the middle.”

Though both variants are in the design phase, neither has yet received a green light for production to proceed. At the same time, the convertible version of the 86 is on the back burner – not axed as recently reported, but not moving forward at the moment.

Tada is the man in charge of the Toyota Supra redefinition effort while another chief engineer oversees the project to develop a smaller rear-wheel-drive sports car.

The smaller sports car will require a whole new platform unlikely to be shared with any other vehicles in the brand’s line. Tada also admitted that like the FR-S, both vehicles are likely to be collaborations with other automakers.

The FR-S/86 involved collaboration with Subaru while the resurrected Supra project involves BMW. Consequently the smaller variant is also likely to be a joint project with another nameplate.

The expense of developing these two new sports cars is something Toyota is uniquely positioned to accomplish.

“Toyota has learned a lot from the 86 project and has much experience in terms of technology and development in the way we develop vehicles efficiently and cost effectively,” Tada added. “We have all these experiences and skills.”

No names have even been suggested for these new vehicles, as it is far too early in the development process. As for the Toyota/BMW collaboration, we’re going out on a limb to suggest it be called the FS-T – it simply suggests what the vehicle will be, if you catch our drift.