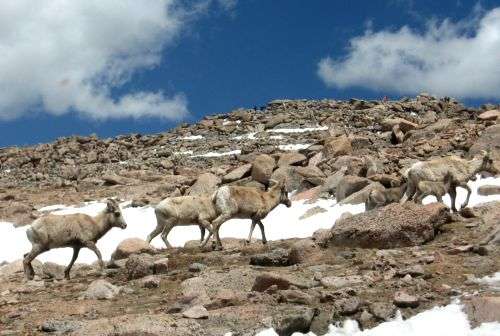 The second day of the Rocky Mountain Driving Experience found us in the lap of luxury, comfort and ease of handling provided by the heavenly ambience of the 2011 Jaguar XJL. We had the pleasure of driving the reps for Jaguar and Range Rover, namely Ree Hartwell, Tom Collins, and Kim Daniel to the Evergreen parking area in Colorado’s foothills.
Advertisement

The fact we spoke about most everything except the XJL was not remarkable as this eminent touring car spoke clearly for itself – the $80K executive sedan is meant for driving important people about with the smoothness of polished marble. Anyone being so driven cannot help but feel important.

Despite that, the car we drove up to Echo Lake was our favorite of the whole RMAP event – the inimitable 2011 Audi A8. Though pricey and beyond the means of all but the most affluent, this exquisite state-of-the-art sedan represents the epitome of what modern automotive engineering and technology can achieve for less than $100K.

Driving this sophisticated car across the 18 miles of winding roads and tight curves to the Lake was an experience coming close to an epiphany. As I was driving, Audi rep and spokesman Dave Hollandletz brought up an image of the A8 on the display and began to modify ground clearance, engine response and transmission output to adapt the vehicle to the altitude and tight curves.

He explained that the rear wheels turned to enhance cornering and I have never driven a car that hugged even the tightest curves so snuggly. The transmission supplied more aggressive climbing ability and the accelerator became ready to go, delivering a surplus of power at the slightest command like a non-sentient genie in automotive guise.

Meanwhile, the driver’s seat is providing a massage such that – given no place to go – you just might sit in your own driveway, listening to the stereo and indulging in a relaxing massage.

This feature was shared by the 2011 Mercedes-Benz E350 4matic wagon as an option costing $1,910. In this case the driver’s seat had adjustable bolsters and the soothing massage was delivered not only to your back but to the sides of your ribcage as well. Remarkably, the combination of elevation gain and loss, the lulling massage of the seat and perhaps a slight sleep deprivation required turning the mechanical masseuse off during the descent to avoid drifting off at the wheel.

A notable aspect of the E350 wagon is a rear-facing third row seat, just right for a pair of preadolescent children, that folds up from a flat cargo area. A wonderful way to redirect childhood attention and keep the youngsters from distracting your driving – as long as you can trust the siblings or young friends to play nice back there. If there’s a problem, you’ll have to pull over and exit the car if mere yelling doesn’t work.

Otherwise, the Mercedes-Benz negotiated the 6,000 foot climb to the summit of Mt. Evans (over 14K above sea level) admirably, steep grades and exceedingly tight hairpin turns and all. The E350 wagon has a base price of $56,200; however the model we drove had a plethora of optional features bringing the total sticker to $70,485.

On the drive up to the peak, we paused to let a small herd of Bighorn Sheep crossing the road – this is not a guaranteed event but still a likely occurrence on the mountain – the chance to see sheep as well as Rocky Mountain Goats relatively close-up.

The drive down Mt. Evans took us to Idaho Springs and the interstate highway, I-70 to be specific. After a marvelous lunch at the Buffalo Restaurant, a colleague and I selected the 2011 Nissan 370Z Nismo for our return to Denver.

This unabashed tribute to maleness just keeps getting to be more of what it has always been since the hallowed introduction of the 240Z over 40 years ago. It is a 350 horsepower, six-speed short throw, stylishly sophisticated go, go go-cart and the penultimate toy for boys at $40K.

Either the Z-car has lost something or my point of view has and maybe it’s a bit of both. Though a thrill to drive for a short while, it seems you work too hard to go quickly down the road you’re feeling a little too much – different strokes for different folks.

Still for those in a life stage engendering a need for speed and automotive coolness, the 2011 Nissan 370Z Nismo still has plenty of that to go around, despite its relative impracticality – but then how much fun is being practical?

Again, my hat’s off to the Rocky Mountain Driving Experience committee for all their hard work and another amazing event. Kudos to you all!!!