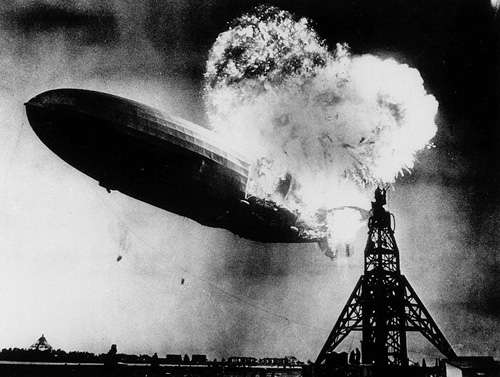 Scientists at Wake Forest University are using pencil, paper and super-connected computers to solve the problems presented by mobile storage of hydrogen to enable wider application for modes of transportation including cars.
Advertisement

If hydrogen is ever going to power the cars we drive, a better and safer means of carrying the colorless, volatile gas that ended the use of dirigibles and zeppelins with the explosion of The Hindenberg must be found.

Last August, Timo Thonhauser, an assistant professor of physics at the college in Winston-Salem NC, won a $426,572 grant from the National Science Foundation, a reward and acknowledgment of excellence in teaching and scholarship, according to a post by Reid Creager in The Charlotte Observer.

Thonhauser has been working with two graduate assistants since September to study methods of storing hydrogen in a lightweight, compact form for use in transportation.

Hydrogen is already used as a fuel for certain industrial practices and rocket propulsion using high-pressure tanks, cold storage as well as chemicals that release the gas when heated. The applications include providing energy to supplement intermittent sources of power like wind generators. The research might even have implications for powering of light rail systems.

It is easy to store hydrogen in underground tanks since the weight of the container doesn’t matter – that equation changes radically in an automobile.

“The idea is to change the cars of the future where we don’t have to worry about safety concerns,” Thonhauser said. “A gas tank can be very heavy if I just bury it in the ground, it doesn’t matter how heavy it is, but if you want to take the same gas tank and put it in the trunk of a car, it very much matters how heavy it is.”

The professor is researching the optimal ways hydrogen could be used as a fuel in cars, trucks and possibly even airplanes, where weight is the nemesis of efficiency.

However, the way Thonhauser and his team are approaching the work is surprising in two different ways.

First, their work is not done with labs and physical models, but with pencil and paper plus a whole lot of computer time.

“I’m a theoretical condensed matter physicist,” Thonhauser told Creager. “We ask computers to solve the laws of quantum mechanics for us and apply them to the materials of interest.”

The team works on a Wake Forest computer “that connects roughly 1,300 computers at the same time that we ask to do our calculations. They might take months to finish a simple calculation,” he said.

Such is the science of quantum mechanics.

Second, the principles involved in the research seem to defy the laws of physics at the layman’s level.

When you have a vase, you can put a quantifiable amount of water into that vessel. If you then add a quantity of gravel, the volume of the rock is subtracted from the amount of water that will fit in the vase with it.

Similarly, when you have a container for gas like hydrogen, it will hold a quantifiable amount at a given temperature and pressure. However, when you fill this same container with certain chemical compounds, it will then hold more hydrogen that it could when empty.

These chemical compounds possess the ability to absorb the hydrogen gas in a more condensed state than otherwise possible.

Kind of bends your mind, does it not?

It is even more amazing that the properties of these various compounds can be calculated through some sort of computer-based, mathematical molecular modeling.

The team is researching the viability of using magnesium borohydride; ammonia borane or special alkanes (a saturated hydrocarbon) to provide a safe, efficient means of storing hydrogen.

“In other words, you can actually think of water as a hydrogen storage material, because it has oxygen and hydrogen,” he added. “In some senses, there’s a lot of hydrogen in there. The only problem is it’s terribly difficult to get out.”

As the Hindenberg incident illustrated, there are problems with hydrogen gas that are multiplied in a pressurized tank. In Eighth grade science we used electrolysis to evolve small amounts of hydrogen into small beakers – reveling at the explosive bark when you passed a flame near the gas.

Pressurized hydrogen is highly explosive and could turn a car into a worse deathtrap than the Ford Pinto was ever alleged to be.

“Let’s just take it and put it in a gas bottle,” the Professor suggested. “I’m sure you’ve seen gas bottles on trucks on the highway, and people do that. The only problem is, you cannot get enough hydrogen into the gas bottle. You could drive your car with a gas bottle for 50 miles, but then you’re out of hydrogen. We want to be able to drive 300 to 400 miles before we need to refuel.”

There are other problems involved even though hydrogen is the most plentiful element in the universe. Though the gas is all around us, it simply is not lying about in a usable form.

It is difficult and expensive to separate into the needed form, and then difficult to store until needed. Finally it is not easy to get the energy back out of it – a problem solved to some degree by fuel cell vehicles that produce electricity from the hydrogen’s interaction with the containing medium, but they are still not all that efficient.

Then there is the cost of taking Thonhauser’s pure research and moving it into the real world via applied scientific methodology – a process that may take decades.

“How much does it cost to convert hydrogen?” the Prof asks rhetorically. “How expensive is it to build a tank I could put it in my car? A regular gas tank is fairly cheap, made out of thin metal. The third thing is what does it cost to get the energy back out of the hydrogen? We need a fuel cell that does that – and how expensive are those?”

Still the goal is worthwhile – given a way to produce and store hydrogen, burning it will simply produce life-giving water and little else.

“With rapid population and economic growth in developing countries, more and more people are gaining the means to drive from place to place,” he said. “With all of these new vehicles, curbing the amount of greenhouse gases emitted into the atmosphere is a hugely important component of our campaign to limit climate change.”

“I get to do research in an area that has the potential to affect the socio-political face of the planet and ensure that our children will be able to frolic under a clear sky,” Welchman concluded. “How cool is that?”

Cooler than anything the nerds on Big Bang Theory are up to and that’s for certain.

Image: The photo above was taken during the initial explosion of the Hindenburg, showing the 804-foot German zeppelin just before subsequent explosions sent the ship crashing to the ground at Lakehurst Naval Air Station in Lakehurst, NJ, May 6, 1937. The roaring flames silhouette two men, at right atop the mooring mast, dangerously close to the blasts. The scene stimulated NBC radio broadcaster Herbert Morrison to give a memorable and highly emotional account of the disaster. (US NAVY) The image is public domain.