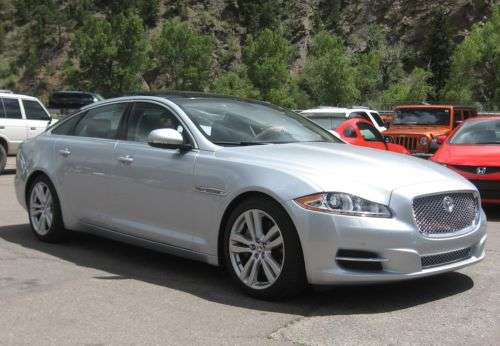 Part of the U.S. auto industry’s rebound from the global recession is based on the greater use of aluminum in American built vehicles and as federally-mandated fuel efficiency requirements kick in the amount of the light weight metal used can only increase. Automotive manufacturing rose by 38 percent during 2010 and continues to grow at a rate of 11 percent over last year during 2011.
Advertisement

In a post yesterday on Forbes.com by Debbie Carlson of Kitco News, Lloyd O’Carroll, senior vice president and metals equity analyst for Davenport & Co. allegedly indicated the company expects automotive production to rebound 13 percent in 2011 and another 10 percent during 2012.

As cars and light trucks become more efficient, the average amount of aluminum used is growing from the 332 pounds per car in 2010. Analysts see that number growing five pounds annually over the next two years, according to O’Carroll. By comparison, in 2006, the average total aluminum by weight in a car was 316 pounds.

The rising use of aluminum in passenger cars and light trucks is the direct result of rising fuel-efficiency standards in the U.S., he added. Europe has implemented their own regulations, also creating a significant need to use aluminum, along with carbon-fiber and other materials, to reduce the weight of vehicles.

Currently, the cars using the most aluminum are more expensive sport luxury models, such as the Audi A8 and some Jaguars, that utilize more custom parts, but that is changing as more light weight materials are worked into the fabrication of all cars and trucks. O’Carroll believes the Audi A6 will have an all-aluminum body very soon. “Aluminum is an ideal material as it has two properties going for it, high-strength and stiffness,” he said.

Aluminum is slowly replacing low-strength steel and the amount of aluminum that can ultimately be used depends on engineers. Different methods are required to get the same results since the two metals have very different properties. Aluminum is more bendable than steel, causing problems when parts are formed, but eventually those problems are likely to be solved.

Related research continues on making high-strength steel lighter for continued use in vehicles when aluminum and CFRPs simply won’t work.

Sales for heavy trucks and trailers have gone up as well, and fuel standards will mean more aluminum will probably be used to lessen their weight. O’Carroll highlighted a pair of resulting benefits. An overall lighter weight vehicle allows a shipper to pack more goods in a truck and still stay within fuel standards, which will increase freight movement.

Aluminum producers are also expecting a surge in demand from the aircraft industry. “Boeing has a six year order backlog that they want to cut by 50% to make it only a three year backlog.” American Airlines is also expected to place new orders, as will other airlines, especially those with aging fleets.

“I’m very bullish on aircraft parts. It’s what I’m most bullish about. I strongly recommend any stock that just touches supplies to the aircraft industry,” O’Carroll concluded.