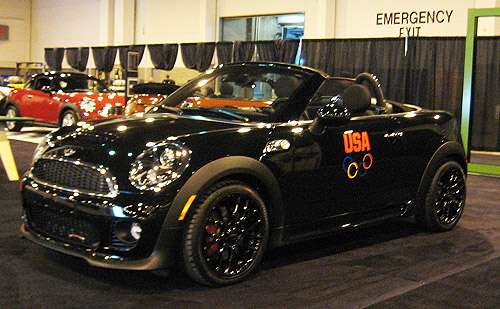 MINI, Jeep racking up most moans and groans

Mini and Jeep models are generating the most complaints by owners of any brand on the market; despite the fact all cars are built a lot better than they were 20 years ago.
Advertisement

The MINI managed to get the bad listing for a total of just 427 complaints, but that comes out to 123.6 moans and groans for every 100,000 vehicles sold. The standard MINI Cooper led this parade.

The numbers come from the National Highway Traffic Safety Association, who logged just over 30,000 complaints from auto owners last year. Out of over 14 million units sold, that represents only a little over two hundredths of a percent.

Somehow, that really doesn’t sound so bad, does it?

Mini sold 66,123 vehicles in 2012 and generated only 427 complaints, according to a post by Mike Sauter of 24/7 Wall St. on the USA Today website. The real story here is you have a lot less to worry about buying almost any car today.

Jeep came in second for moans and groans with 69.48 complaints per 100,000 units sold. Though the make had only 2,037 complaints across 474,131 vehicles, the problems touched all areas of the vehicle rather than just recurring or specific problems. The Jeep Wrangler was the model with the most complaints.

A second indicator here is the lack of loyalty among Jeep owners, as only 27. 5 percent indicated any intention of buying the same make again. The only brands that score lower on loyalty are Kia and Scion.

Scion is aimed at a younger buyer and what this says is the cars are well aimed at a buyer that naturally aspires to other makes as they age.

Third Most Complaints
The little Smartfortwo racked up only 25 complaints out of 10,009 models sold, so that’s not really something Mercedes-Benz needs to be concerned about. Interestingly, Smart cars are usually traded in before they are three years old, but spend very little time in sales lots – an average of only 38 days. Only five other brands sell quicker.

Fourth Most Complaints
Chrysler drew 1,166 moans and groans from sales of 307, 967 vehicles, with most concerning issues with the powertrain, and the Town and Country Minivan getting the lion’s share of those. Other problems tended to focus on the fuel, emissions and exhaust systems.

Fifth Most Complaints
Dodge managed to compile 2,304 moans and groans from the sales of 524.989 models with most complaints focused on the Grand Caravan. Of those, 653 concerned issues with the powertrain, but the rest were centered on interior electronics and hardware.

None of this seems to be impacting the popularity of the family van as Dodge sold 212,000 in the first quarter of 2013.

Years and years ago, the big bugaboo in auto sales was the so-called Lemon – a car so poorly manufactured it would spend more time in the shop than on the road. It sometimes referred to a car with such design flaws it never really could be made into what it was supposed to be.

The reason you no longer hear that word applied to automobiles is it is an outdated concept. The quality of cars today keeps increasing annually and has been ever since the inception of auto testing.

As cars continue to get made better and safer, it’s really the people driving them we need to worry about.

Have a safe Holiday weekend.