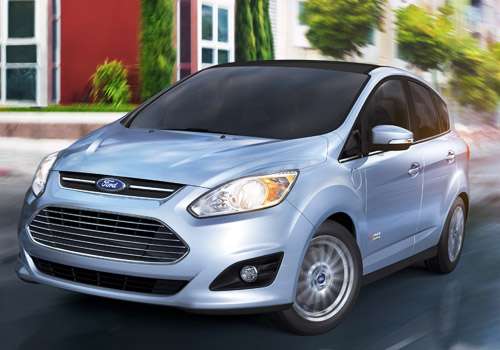 If you haven’t attended any of Ford’s media events of late, you may not be aware how often the word “global” pops up in their rhetoric – whenever manufacturing or marketing pops up and it does a lot.
Advertisement

Originally, it was used in reference to building cars for global markets on fewer variant platforms, meaning more vehicles could start up from the same basic foundation. Ford has also found a more global approach to marketing as well as manufacturing.

Using those platforms, they can alter the upper part of the car to fit the demands and expectations of the country or region they are built in. An example of this is the B-Max, which will be sold in Europe where they value things like sliding side doors and large cargo openings in smaller cars. In the US, the same platform will be used to build the C-Max, catering to American values of more balanced passenger to cargo space and higher fuel efficiency.

In Asia, the new plants they are building will be versatile enough to build whatever vehicle clicks with the masses.

So this creates a more global approach to manufacturing. It’s one that makes a lot of market sense, because as they expand into Asia, (they are building nine new plants as you read this), the standardization of parts, platforms, material suppliers, et cetera will begin to pay off in spades.

It’s a move being replicated throughout the globe as Ford rolls out a single manufacturing operating system to drive efficiency and increase capacity to become an industry leader in lowest total production costs.

"The global One Ford plan is making it possible for us to deploy One Manufacturing, a single Ford production system that will pay tremendous dividends through standard processes, greater flexibility and improved investment efficiency," said John Fleming, Ford executive vice president, Global Manufacturing, at the Center for Automotive Research Management Briefing Seminars yesterday.

This marks Ford’s biggest global expansion in over 50 years as they add capacity around the world, not just in the Asian Pacific and Africa (APA). The APA facilities will increase capacity to 2.9 million vehicles, as Ford pursues the goal of selling 8 million vehicles a year within the next three years.

All over the world, the use of common manufacturing processes and standard systems for tracking material, delivery, maintenance and environmental costs is being implemented.

Ford is also making broader use of virtual tools that reduce the cost of new plants and improve the efficiencies of new model changeovers.
see Ford building virtual factory.

"It is critical that all of our assembly operations, wherever they are located, speak the same language when it comes to producing high-quality vehicles in a safe and efficient way," said Fleming.

The benefits of Ford's One Manufacturing system (to the brand and its buyers) include:

By 2015, Ford should be producing 25 percent more derivatives per plant compared to 2011. Some new plants will be able to produce six or seven vehicles from a single facility.

Process/quality improvement: By expanding the use of virtual tools simulating how cars are fabricated, Ford will expand the proficiency of the plants. By studying the best way for operators to install a seat, for example, assembly lines can be designed to reduce injuries and accidents while simultaneously improving quality. Ford has improved the overall simplicity of building a new model by more than 90 percent since 2006.

Investment efficiency: Virtual tools have reduced the investment required to assemble a vehicle by over 20 percent since 2009. In addition, the company has cut the funding necessary to produce a derivative vehicle by 60 percent. In the coming years, the use of virtual tools and standardized processes will cut total vehicle outlay by 8 percent a year.

Capacity utilization: As Ford launches new plants, it is getting more out of less by reducing the number of platforms vehicles spring from. Coupled with improved flexibility and efficiency, Ford will take advantage of worldwide economies of scale to significantly improve optimal utilization. By 2016, Ford will increase their global capacity, based on two shifts per plant, by 27 percent compared to 2011.

Which all reminds of an animated series the kids used to watch in which the mouse with the little head would say: “What are we going to do tonight, Brain?”

To which the bigheaded mouse would reply: “The same thing we do every night, Pinkie. Try and take over the world!”

We wish our friends at Ford well in their quest for global domination. After all, it’s only the auto business!