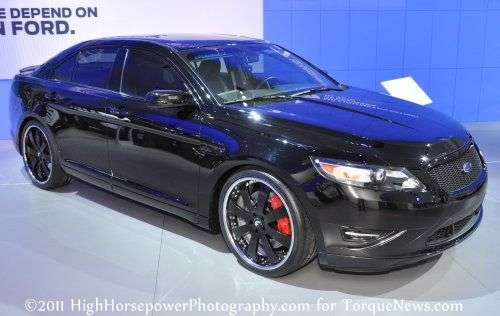 Dr. Andre Seeck, president and chairman of the European New Car Assessment Programme, is visiting with Ford as the company works with global safety officials to create standards for intelligent vehicles that will eventually talk to each other, reducing crashes and congestion. Ford is working with other automakers and governments worldwide to create a common language so vehicles can talk to each other on a common communication standard.
Advertisement

Ford Motor Company is talking with Dr. Seeck to discuss bringing intelligent vehicle technology to the world sooner and more affordably. Ford is leading research and working with automakers and safety leaders on the advanced wireless systems that can allow vehicles to "talk" to each other, reducing crashes and congestion.

"Intelligent vehicle technology has the potential to significantly reduce crashes. We want to work with Ford and others who are leading development of this technology to harmonize the underlying standards and requirements on a global level," said Seeck.

Ford is developing advanced crash avoidance systems using GPS technologies and wireless interactivity on a secured channel allocated by the FCC to create intelligent vehicles that communicate with each other in traffic and helping drivers avoid or mitigate crashes.

In addition to serving as president of Euro NCAP, Seeck also is head of Vehicle Technology with the German Federal Highway Research Institute (BASt).

"Dr. Seeck has strong influence on safety globally, so we are excited to work with him on this next frontier of safety," said Jim Vondale, director, Ford Automotive Safety Office. "Ford has been a pioneer in safety technology for many decades. Now we are leading the development of crash avoidance technologies, including our intelligent vehicle research, to help drivers avoid crashes in the first place."

Ford was first with new safety technologies, developing seat belts in the 1950s, airbags in the 1980s and today the industry's first rear inflatable safety belts.

Ford will contribute two prototype Ford Taurus sedans to the world's first government-sponsored driving clinics this summer. The U.S. Department of Transportation (DOT) Intelligent Transportation Systems (ITS) Joint Programs Office will sponsor research by a coalition of automakers organized by the Crash Avoidance Metrics Partnership (CAMP), a joint research group founded by Ford and General Motors. They are working to develop functional standards in advance of completing the research phase in 2013. Essentially, they are finding a way to let automobiles shake hands and discuss what they’re doing.

Ford is collaborating on such a research project in an effort to address congestion-related traffic safety issues in Germany, as well. The Safe and Intelligent Mobility-Test Field Germany research project, running through next year, is a 400-vehicle field test to evaluate feasibility of wireless systems in the real world.

"We must develop these ITS standards now while the technology is being researched and developed or we will end up with a variety of standards and vehicles that cannot talk to each other from region to region," Vondale said. "Failure to develop globally harmonized standards would delay deployment, decrease reliability and unnecessarily increase costs."

Pursuant to 10 years research, Ford announced this year the accelerated development of its intelligent vehicles, doubling its research investment and convening a new task force – consisting of company planners, engineers and scientists from around the world focused on safety, eco-mobility, infotainment and driver convenience. They intend to identify the next level of safety, convenience and driver assistance, strengthening Ford's position as the global leader in connected vehicle technology.

"While there are challenges ahead, the foundation of these smarter vehicles is advanced versions of technologies that are pervasive – Wi-Fi and crash avoidance systems that Ford has pioneered in mainstream vehicles today," said Paul Mascarenas, Chief Technical Officer and vice president, Ford Research and Innovation. "Intelligent vehicles could help warn drivers of numerous potential dangers such as a car running a red light but blocked from the view of a driver properly entering the intersection."

The wireless system allows full-range, 360-degree detection of potentially dangerous situations, especially when a driver's vision is obstructed. Drivers would be alerted when on a collision path at an intersection, when a vehicle stops or slows suddenly or when a traffic pattern changes on a busy highway. The system could also warn drivers of collision when changing lanes, approaching stationary or parked vehicles or when another driver loses control.
By reducing crashes, intelligent vehicles could ease traffic delays, saving drivers both time and fuel costs. Congestion also could be avoided through an intelligent vehicle network and an infrastructure processing real-time traffic and road information and directing drivers to less congested routes.

"We are not far from the day when vehicles will operate like mobile devices with four wheels, constantly exchanging information and communicating with our environment to do things like shorten commute times, improve fuel economy and generally help us more easily navigate life on the road," said Mascarenas. "A smart network of intelligent vehicles has the potential to benefit drivers in many ways."