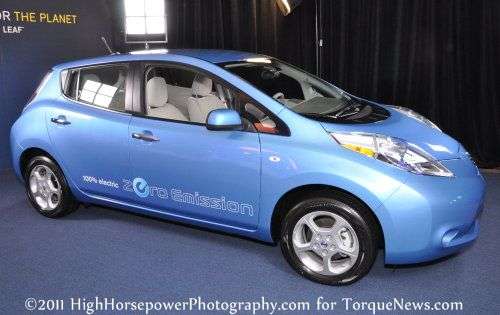 The Electric Vehicles Standards Panel (EVSP) of the American National Standards Institute (ANSI) gathered in Detroit last week to lay the groundwork for a strategic roadmap defining the standards and conformance programs needed to cultivate widespread acceptance and deployment of electric vehicles as well as the correlating infrastructure within the United States.
Advertisement

Electric vehicles are slowly coming into prominence for several reasons. These include lessening national dependence on foreign oil, their relative environmental friendliness and the relatively low cost of charging and operation as well as fewer auxilliary systems to maintain. As a key component to securing America's clean energy future and spurring innovation, President Obama has announced the goal of putting one million electric vehicles on the roads by 2015 – that’s less than four years.

In recognition of this national priority, ANSI formed the EVSP to offer a neutral forum where public and private-sector parties can work toward solutions to building the market for electric vehicles. Co-chaired by Jim Matthews, director of technical standards and policy for Corning Incorporated, and Jim Pauley, senior vice president of external affairs and government relations for Schneider Electric, the goal of the EVSP is to produce a standardization document by year's end identifying the needed standards and conformance programs to support the safe deployment of electric vehicles.

"Our trading partners already have undertaken initiatives to advance the dialogue on EVs," added Pauley. "Our nation and all of us stand to gain if we work cooperatively to carve out a vision for this burgeoning technology in a way that is effective, efficient, and economically beneficial for U.S. industry and safe and effective for consumers."

At the June meeting, the EVSP organized eight working groups to carry out this work. This included identification of key standardization issues in relation to electric vehicles as well as the related infrastructure and support services sustaining them.

The EVSP was formed after a March 4 meeting of an interim steering committee convened by ANSI in response to suggestions that the U.S. standardization community needs a coordinated approach to keep pace with electric vehicles initiatives in other parts of the world. The need for the panel was reinforced at the April 5-6 ANSI Workshop: Standards and Codes for Electric Drive Vehicles.

Participation in the EVSP is open to all affected parties, including representatives of the automotive, electro-technical and utilities industries, relevant trade associations, standards development and conformity assessment organizations, government agencies, and academia. More than forty public and private sector organizations representing a cross section of stakeholders have already joined the EVSP initiative. For more information on the work of the EVSP, or to join, visit ansi.org/evsp.