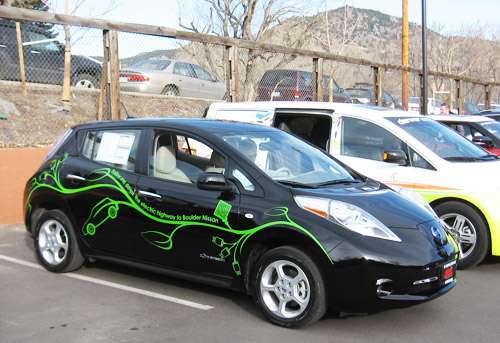 Cost and distribution the roadblocks to fuel cell vehicles

Hydrogen fuel cells sound good until you realize the result is $100,000 cars needing a fuel delivery system in existence nowhere but California, when it’s just an electric car you could easily plug in instead.
Advertisement

It's a great idea except for the fact you have to create a whole new production and distribution network to get the hydrogen to the vehicles. So the cost of the technology adds to the cost of the delivery system and who pays for it all – we do as consumers.

The only advantage to fuel cell vehicles is the time it takes to refuel an electric car – a problem being addressed by less exotic means right now by the companies producing plug in electric cars.

A hydrogen fuel cell vehicle would refuel much like a gasoline combustion engine does – a nozzle would go into an intake injecting hydrogen gas into the gas absorbing material. As needed it would be released to run a combustion generator to power the cars electric motor, only putting pure water back to the environment. That part is very idyllic.

It’s the need to produce and distribute the gas where the problems arise, according to a post by Peter Valdes-Dapena of CNN Money. Hydrogen is a waste byproduct of a number of industrial and chemical processes, but would that be enough to run the millions of vehicles in America? We don’t think this is likely.

Ultimately, to power all our cars this way it would require distilling hydrogen from water via electrolysis – an inefficient process that requires far more power than the hydrogen will return by its end use.

The first hydrogen fuel cell vehicles cost a million dollars to build. That cost has gone down 90 percent to a mere $100,000. However, the public has been slow to plunk down that kind of money for cars like the Tesla Roadster or Fisker Karma that could be powered up right in their own garage. What are the chances they will buy an expensive fuel cell vehicle they can't fuel up anywhere?

Are you so happy with power and oil companies you want to create a whole new way for the rich to get richer? Do you have a way to make your own hydrogen?

The support grid for electric vehicles is already there and rapidly improving if you just look for it. During the Green Car Convoy in Colorado last week, we visited the Alfalfa’s store where met Nigel Zeid of Boulder Nissan. He had brought a Nissan Leaf to the Boulder stop of the convoy and told us of 20 Nissan Leafs that have been submerged in the Japanese tsunami last year – each and every one had been resurrected!

The Alfalfa’s Market has a charging station and uses a Ford built Transit Connect with a range of 100 miles to do all their deliveries. It has provided this service reliably for 10 months since the store opened.

“You come in, plug in your Leaf, do your shopping and you’ve added 3 or 4 miles to your range,” Nigel said. He added that next year’s model of the Nissan Leaf will boost the range to 140 miles and allow it to charge faster.

The new Tesla S starts at $49,900 and can fully charge in up four hours. In the upper trim levels you will be able to add an optional 2kWh charger to cut that time in half. It also will have a bypass system to allow high-powered external chargers to fully power the vehicle in one hour.

To clarify, the thing you plug into is simply the connector to the supply – the actual battery charger is in the car. It’s similar to filling a pool with a hose. The water spigot is the connector and the charger is the funnel you’re filling the pool with. Even if you have a fire hose, the input is limited by the size of the funnel or charger.

The battery chargers in the Tesla S or Nissan Leaf can only input charge into the battery up to their capacity. This is why Tesla is building in a bypass so more powerful external chargers can be used as well.

Back East, charging stations are being added to McDonald’s and Starbucks and other business where you can top off your battery’s charge for free.

Furthermore, you can buy your own solar panels, wind generators or gasoline generators to power up your electric vehicle. Building a device to use solar or wind power to evolve hydrogen gas for your fuel cell vehicle would be a bit more complex.

So you have a cabin in the mountains. Sometime soon you can buy a Tesla/Toyota collaborations built Electric RAV4 with plenty of range to get to your property where you use a gas powered generator to recharge the vehicle for the return trip. It's still cleaner and more economical, even with the higher gas prices, than the gas combustion powered SUV.

Clean diesel and hybrid vehicles are transitional to the new energy paradigm – electric transportation IS the future.

Fuel cell vehicles may be good for California, but does anyone really want to californicate the rest of the country? We sincerely doubt it.

Soon enough, anyone using a non-electric vehicle will be a technological atavism - the equivalent of those still listening to eight-tracks in a world that has left them behind.

Anonymous wrote on March 19, 2012 - 8:21am Permalink
the real problem with the hydrogen fuel cell,,, is that the technology already exists for someone to use a solar panel on their house coupled with an electrolysis unit to generate the fuel for this vehicle,,, unfortunately, I don't think we will ever be allowed to do this,,,
Brian Keez wrote on March 19, 2012 - 12:08pm Permalink
I agree Don, and you only gave some of the reasons why fuel-cell technology has not gotten off the ground. However, it keeps natural gas sellers in business and they have the money to lobby for the technology. So we have to keep hearing about it.
Jack wrote on March 19, 2012 - 6:20pm Permalink
Natural gas will only be an intermediate fuel for fuel cells. The impetus, from what I've seen, comes from those who see hydrogen as the energy source as it produces no greenhouse gases. New technologies based on forms of artificial photosynthesis will extract both hydrogen and oxygen from water at costs significantly lower than current methods of electrolysis. The solar-hydrogen-fuel cell cycle will be used both for residences and vehicles. Nanotechnology based storage will permit hydrogen to be safely stored at ambient pressure and temperature. Please don't get bound up with the current state of development. We're in the midst of a true energy revolution. At least for the next decade all of the above: gasoline, diesel, ethanol, biobutanol, natural gas, battery electrics, hybrids, hydrogen fuel cell will all be available in a very confusing market. Enjoy the chaos of living in exciting times.
Rob wrote on March 19, 2012 - 4:36pm Permalink
Yet the same people pinning their hopes on $100,000 hydrogen cars seem convinced their is no market for $35,000 Leafs and $49,000 Teslas.

LG's New EV Battery Plant Is a Welcome News for Tesla
Tesla Giga Berlin's New Hurdle: It's Not Only the Gov't, but Now Tesla Itself
END_OF_DOCUMENT_TOKEN_TO_BE_REPLACED