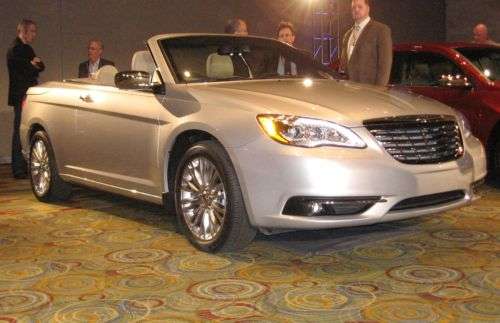 Chrysler’s Sterling Heights Body Shop will house state-of-the-art technology in a one million square foot facility, ready to begin fabrication of new Chrysler products during 2013. This raises the company’s U.S. investment level to $3.5 billion since 2009.
Advertisement

Chrysler Group LLC has announced the investment in its Sterling Heights, MI Assembly Plant, following last December’s initiation of an $850 million pour into a paint shop for the plant, bringing the Chrysler Group's total investment in U.S. facilities to nearly $3.5 billion since June 2009.

"Today marks another milestone in the rags to riches story of the Sterling Heights Assembly Plant," said Scott Garberding, Senior vice president and Head of Manufacturing, Chrysler Group LLC. "A plant that was slated to close nearly two years ago will now be a state-of-the-art facility that will play an integral role in the success of this company by building the next generation of all-new vehicles."

The investment includes the construction of the new body shop as well as the installation of some of the most advanced equipment in the industry. Part of the $850 million committed last year will be invested in the stamping facilities at Warren and Sterling Heights.

"Last year, Chrysler made the decision to continue operating the Sterling Heights Assembly Plant indefinitely, maintaining good manufacturing jobs in Michigan and securing the future for more than 1,200 employees," said General Holiefield, Vice President, UAW/Chrysler Department. "Today, the plant is thriving with 900 new employees and additional investment that recognizes the commitment and dedication of this highly skilled workforce toward building a successful Chrysler Group."

In addition to the $3.5 billion investment in their manufacturing infrastructure, including the Sterling Heights Body Shop, the company reported a $507 million profit during the second quarter of 2011, culminating 18 months of year-to-year sales gains last month.

They have also added some 1,250 new jobs in the past 18 months, 1,100 at a second production shift in the North Jefferson Assembly Plant, the rest at the Global Engine Manufacturing Alliance in Dundee, MI.

About the Sterling Heights Assembly Plant
The Sterling Heights Assembly Plant was built in 1953 as a jet engine plant operated by the Army as the Michigan Ordinance Missile Plant with Chrysler serving as contractor building Redstone and Jupiter missiles. It was converted to an automobile plant in 1980 by Volkswagen and purchased by Chrysler Corporation in 1983. Today it is involved in the production of the new 2011 Chrysler 200, featured in the award-winning Super Bowl spot with Eminem, and Dodge Avenger began production in December 2010. The Chrysler 200 Convertible has been in fabrication there since February 2011.