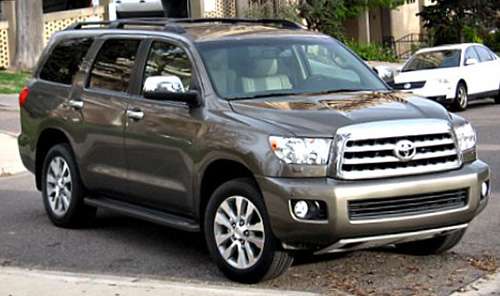 Chinese buyers are returning to automotive showrooms after modest sales in March lead most to believe the bloom was off the burgeoning Asian market. Sales are up 12.5 percent over April 2011.
Advertisement

According to a Reuters post, this more than doubled the pace in March sales, attributing the return to the showrooms to the coming Chinese observation of the Labor Day holiday.

A total of 1.28 million vehicles of all types were sold in the country during April, according to the China Association of Automobile Manufacturers (CAAM).

Big winners included Toyota with sales up a lucrative 68 percent over last April with sales of 81,700 vehicles to bring their year-to-date total to nearly 300K units.

Audi enjoyed a 44 percent jump with 34,221 vehicles off the floor, bringing their annual total to 124,284. Audi counts sales in both China and Hong Kong.

BMW sold 27,197 vehicles for an increase of 30.8 percent over last year. Their calendar year performance was not available in the report.

However GM’s three-way tie-up with SAIC and Liuzhou Wuling Automobile in southern China making minivans and pick-ups realized sales of 127,362 units, a boost of 27.0 percent to a calendar year total of 517,271 units.

It’s venture with the FAW Group to make light commercial vehicles saw sales of only 5,141 with no stated percentage of gain or loss. It is significant to note GM’s total sales combining the three joint ventures is nearly one million vehicles in the first four months of 2012.

Another trend to watch is the performance of Chinese Automakers SAIC and Dongfeng own brands, that both showed positive growth last month.

Honda Motor Co Ltd does business with Dongfeng Motor Group and Guangzhou Automobile Group Co. They managed to move 62,089 vehicles between the two ventures, for an increase of 43.2 percent and total sales of 210,215 vehicles this year.

Daimler AG makes Mercedes-Benz models in China with Beijing Automotive Industry Holding Corp. and though Mercedes-Benz suffered a slight decrease over April last year selling 15,860 models, their yearly total of 70,580 units amounts to a year to day increase of 15 percent.

China is still the largest automotive market in the world and the game is far from over.