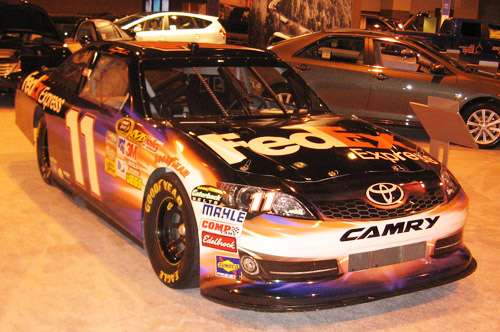 Auto loans loosening for non-prime buyers at a price

All ranks and types of consumers are beginning to get auto loans again from banks and auto finance companies even without the best credit rating. The simple fact is people are much less likely to walk away from their vehicle than their domicile and the lenders have figured this out.
Advertisement

Maybe it has to do with the emotional investment we place in our automobiles, what they reveal about our values, politics, lifestyle or attitudes. Today, the whole vehicle tends to make a statement once delegated to one or more bumper stickers.

You don’t need to see an eco-sticker on the EV’s backside to know a Leaf driver is concerned about global warming. You don’t need to ask the American-built pickup driver with a gun rack in the back what he thinks about outsourcing and gun regulation. Anyone you see in a minivan probably places high importance on children and/or family, wouldn’t you say?

When the economy took a downturn back in 2008, so did the credit ratings of a lot of Americans. Further, after taking federal money to stay in business, Wall Street repaid the favor by extending credit only to those who didn’t really need it for the next few years. They turned their back on the economic stimulus that was supposed to be their end of the bailout bargain, wasn’t it?

Nevertheless, after years of hedging their bets and hanging onto their money, lenders are once again seeing money can be made selling cars to sub-prime buyers, but those with less than stellar credit get the loan at a not so slight surcharge.

Though the economy is still sputtering along like a V8 engine in bad need of a tune-up, gas prices are relatively low and credit is becoming more plentiful. That’s partly because the rate at which banks loan each other money could not get much lower.

Since the economy isn’t humming right along, buyers are looking at their purchases in a more conservative light as well, instead of indulging in the pell-mell consumption that characterized the years before the real estate bubble burst.

According to an Associated Press story on the Daily Herald website, Experian points out a significant difference in the interest paid by deeply subprime buyers – up to four times what those with the highest scores will pay.

In the period since 2008, both consumers and financial institutions have lowered their debt levels. Consequently today only 0.57 percent of auto loans were over 60 days delinquent during the first quarter of this year. Compare that to 0.78 percent at the beginning of 2009. That’s less than one percent in arrears, when the lenders are charging up to 12.9 percent – think maybe they are making a profit on the 14-point-something million vehicles that will sell this year? Someone is you can be sure.

“Consumer spending is still very conservative. People aren’t going hog wild like they did before the recession,” the AP quoted Lacey Plache, chief economist for the auto information site Edmunds.com as saying.

What follows is the interest rate and monthly payment amount for buyers of a new $25,000 vehicle with a $5,000 trade-in across the various credit ratings, based upon Experian research.

Super prime buyers or those with a rating of 740 or higher will pay an average interest rate of 3.2 percent for a new vehicle or 4.4 percent on a pre-owned one, resulting in a monthly payment of $357 per month for a new $25K vehicle.

That’s about the price of a fully loaded base model Camry, though the one pictured above is a different kind of fully loaded and far from a base model.

Prime customers with a rating between 680 and 739 get a new car loan for 4.5 percent on average or 6.4 percent for a used ride. They would pay $368 per month for the new vehicle as described.

Nonprime buyers have ratings from 620 to 679, attracting loan rates around 6.5 percent new and 9.5 percent used, tallying a new car payment of $386 per month.

Subprime consumers have ratings of only 550 to 619, deriving an average new car loan rate of 9.9 percent or 14.4 percent on a pre-owned vehicle. These buyers will pay $419 per month for a new ride.

Deep subprime clients, the zombies of the economic scale, score 549 or less and, if buying a new car, will pay about 12.8 percent or 17.9 percent for a CarFax special. Such a struggling consumer would pay $447 per month for a new car.

So the man with the least ability to pay has the dubious honor of chipping in an extra $90 per month across the life of the loan for the privilege of driving a new vehicle.

Too bad Superman was pure fiction, as this is the Truth, Justice and American Way we’re left with. As the Aurora Century Theater showed this weekend, we could still use a few heroes in this world.

Truth is, they are out there if you look for them…