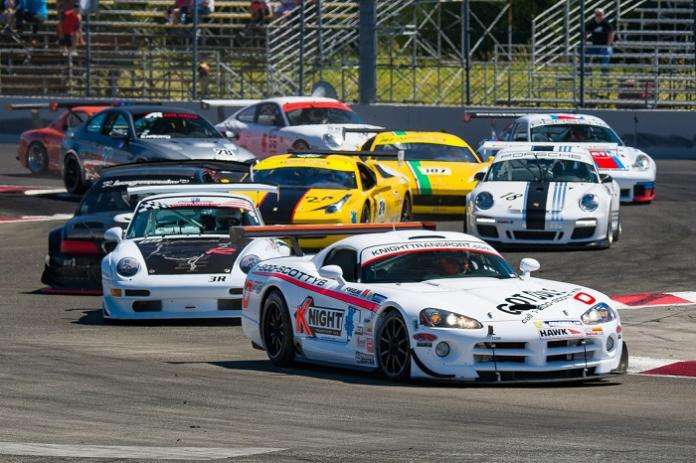 For an entry fee of just under $300, participants in the Sportscar Vintage Racing Association's Spec Miata series will get three days of racing and a test day on Thursday.
Advertisement

They will also get dinner for two and there will be a contingency program in which every entry earns a $250 bonus. Spec Miata includes first- and second-generation cars, while the Mazda Miata Heritage Cup includes only first-generation cars from model-years 1990-1997.

The event takes place July 27-30 at Portland International Raceway. The Mazda Miata Heritage Cup will have its own distinct race and practice sessions.

There’s a strong emphasis on no-contact racing in the series – after all, most drivers aren’t major stars driving for deep-pocketed race teams.

“The nature of vintage racing is hard competition, but with zero tolerance for contact,” John Doonan, director for Mazda North American Operations, said in a press release. “It will be great to see a field of Spec Miata racers racing clean, such that no body repairs are required.”

As you can see, Mazda has factory involvement, which makes sense for the brand – it’s worked hard to be known as the “zoom-zoom” company, and most vehicles in its lineup, including the current Miata MX-5, have earned reputations among the automotive press as driver’s cars. In other words, Mazda sets up its vehicles to be fun to drive.

Vintage Racing at its Best

So it’s only natural that the company would be involved in a vintage racing series that celebrates its most iconic car.

If you are a Mazda Miata lover, a vintage-racing fan, or just a general gearhead, you should get out to Portland International at the end of this month to check out the SVRA event. It’s not all about Miatas – there will be Trans Am events, too, for example.

Racing is a great way to celebrate summer, just as Mazda is celebrating its most well-known car. Also see: Which Is Quicker - 2017 Mazda Miata or Classic Honda S2000?