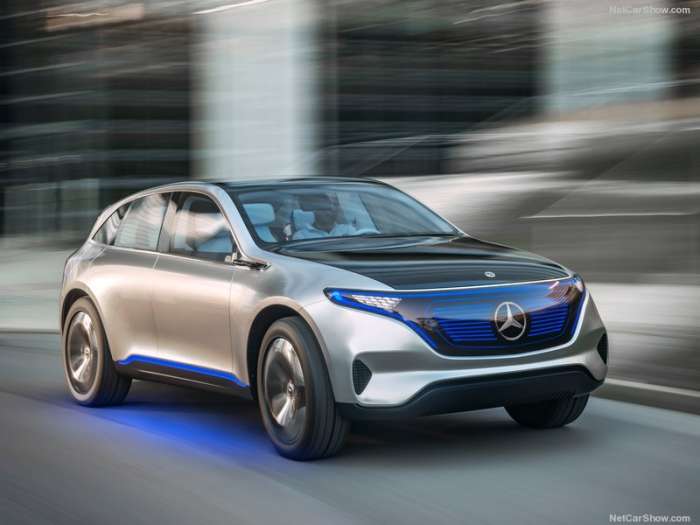 How By 2020 Your Mercedes Could Drive Itself

It's no secret that autonomous technology is the future of cars. And almost every automaker is currently developing its own self-driving cars. But Mercedes hopes its latest partnership will allow it to bring driverless taxis to the streets by 2020.
Advertisement

At this point, it’s pretty common knowledge that almost every major automaker is developing autonomous cars. We might not necessarily know how many years it will be before the first completely self-driving vehicle hits the streets, but we do know it’s only a matter of time. This last week, Mercedes gave us a look at how it thinks autonomous technology will develop by announcing a partnership with Bosch.

According to Automotive News, Mercedes and Bosch have decided to work together on a system that will allow it to launch a driverless taxi service by 2020. The goal is reportedly to develop Level 4 (self-driving in certain situations) and Level 5 (completely driverless) autonomous vehicle technology for use in cities.

Specific on how it would work aren’t available just yet, but it would likely be a lot like Uber, only without a human at the wheel. It would, however, only be available in predefined areas. Beyond that, the spokesperson for Bosch wouldn’t give Automotive News any more details.

Mercedes has already been working on autonomous technology of its own. In January, it announced it would supply self-driving cars for Uber, as well. Bosch, meanwhile, has already teamed up with other companies to develop its technology. Last month, for example, it announced a plan to collaborate with Nvidia on a supercomputer that could power its self-driving system.

Considering the cost of developing autonomous technology, it makes sense that companies would work together to bring it to market. Because of that, it’s not particularly surprising that Mercedes has decided to team up with Bosch. What is surprising, though, is how soon the two companies believe they can have self-driving cars on the road.

Even if the autonomous taxis that are being promised only come with Level 4 technology and can only operate without a monitor in specific areas, 2020 is only a couple years away. In perfect conditions, it’s not hard to imagine a fleet of mostly autonomous taxis running, but there aren’t many cities that can provide perfect conditions for more than a few months out of the year.

Inclement weather is still a major issue for autonomous vehicles, and while several automakers are working hard to figure out how to reliably handle those conditions, it’s hard to imagine people trusting their lives to a self-driving taxi in a snow storm.

Then again, even if the Mercedes-Bosch taxi service is only available in Los Angeles and Las Vegas by 2020, that’s still impressive. After all, it wasn’t all that long ago that cruise control was an optional feature on cars. As long as human-driven cars aren’t outlawed any time soon, it would be pretty dang cool.