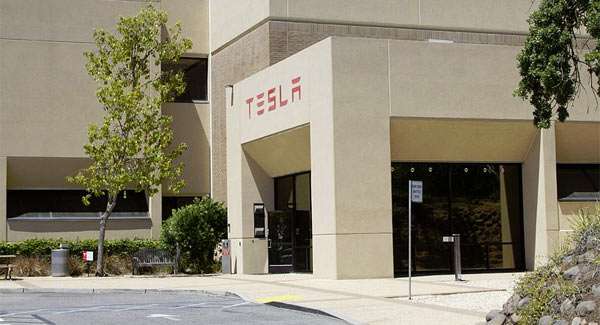 Tesla motors have had an eventful year in 2016 with new model announcements, the expansion of their Gigafactory and the ups and downs in the press, amongst other things. 2017 looks to be an expansion on their plans cemented in 2016, so what does the end of the year and 2017 hold for the company?
Advertisement

Get those vehicles out
There seems to be some mixed messages for if Tesla can reach their end of year delivering and sales targets according to some sources. The company hit a delivery record in the third quarter seeing 24,821 vehicle shipments, 16,047 being the Model S and 8,774 being the Model X, but this didn't match its 2015 record of 17,270 vehicles being shipped according to Learnbonds. Tesla hope to hit 25,000 deliveries by the end of the year, which will simmer confidence in both investors and customers for the coming year.

One new source says that as Tesla vehicle sales increase service centers being opened for these new vehicles is dropping. At nearly the year-end there are 131 centers, which equates to 1,374 vehicles per center according to seekingAlpha.com. This figure has tripled since 2013, where there were 513 cars per center, but some of the take-up may be done by enterprise rentals and other outlets. As Tesla customers pay $1450 per year for servicing, which has to be done at a specific Tesla center, each center either needs to expand or many more built to service new sales. At present it looks like the outsourcing of servicing will be the way forward unless the company can build more service centers as fast as the Gigafactory is going up.

Electric stocks
With the acquisition of SolarCity to bolster Tesla's solar campaign, a huge factory to build and all the other plates they are spinning at the moment, you would expect Tesla stocks to be jumping up and down like a jack rabbit at times. It seems Tesla shares at the moment are down at the end of the year the first time since 2010, according to Steven Russolillo's tweet from the Wall Street Journal. 'Tesla shares are down 10% this year, making 2016 the first time that $TSLA has dropped in a calendar year since its 2010 IPO.'

However, the stocks are still trading above $200 and with the upcoming Model 3 and autonomous driving on its way, the pushing of the technology boundaries could just win out here.

Twitter firepower
With a company like Tesla pushing the boundaries in the EV arena, you would expect some ups and downs and controversies which CEO Elon Musk counters very well through the main outlet of Twitter. The CEO uses the social media platform for many of the companies announcements, but also to respond to many of the Tesla's dissenters. Elon Musk hit back at a Fortune article over the July autopilot death, saying that 1 million auto deaths from other auto companies was not reported. Tesla have continued to update their autopilot features with a recent video emerging of it clearly saving one vehicle from its latest radar technology.

@alansmurray Yes, it was material to you -- BS article increased your advertising revenue. Just wasn't material to TSLA, as shown by market.

@alansmurray If you care about auto deaths as material to stock prices, why no articles about 1M+/year deaths from other auto companies?

Tesla are also planning a Q+A for investors on January 4th at Tesla's Gigafactory, which will involve Elon Musk, CTO JB Straubel and CFO Jason Wheeler according to electrek. The meet up should also coincide with an announcement of starting battery cell production in partnership with Panasonic at the Gigafactory. There should also be short-term announcements for the production of the solar Powerwall 2 and the powerpack 2, along with the production of drive units which should dictate the 2017 plans for Tesla. There also may be plans in the work for a Gigafactory in Europe, which will produce all workings of the vehicles from the battery cells to the finished vehicles.

With so many irons in the fire for Tesla, 2017 should be an interesting year for the company and we just hope that they can deliver on everything that was promised in 2016.