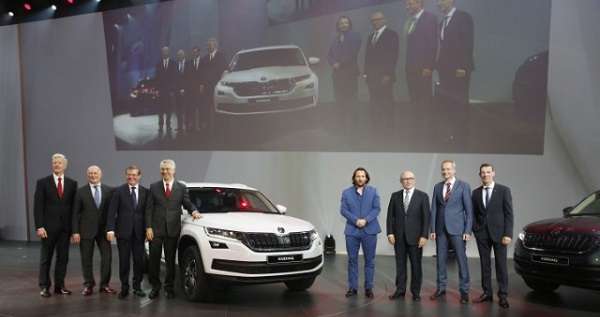 Skoda: How Do You Even Pronounce It

Well, let’s get that out of the way first. Skoda is pronounced Shkoda, but I’m sure Americans will simply drop the “sh” and go with the "s."
Advertisement

So, why would Volkswagen introduce a brand it owns outright to the American audience? Well, for one thing, even though Skoda produced a ton of diesel powered vehicles in Europe, they have never sold them here. For Americans, they are a blank slate, waiting to be written on, and, right now, for Volkswagen, that is a very good thing. How they would be sold in the USA is another issue. Does VW want to pair them with their brand while it is taking on water, or does it want to sell it as a stand-alone, held at arm’s length to avoid contamination by the troubled VW brand? That one will be decided in the boardrooms of VW.

What we do know is that VW has had problems selling in the USA because they have very high “content” in their vehicles which has elevated their pricing and marketing into the “almost luxe” category. This alone was slowing sales penetration when their Toureg cost in the low $50’s and doesn’t even have three rows of seats, a cardinal sin for the SUV segment in America. The recently revealed Skoda Kodiaq doesn’t have that problem, and its’ de-contented, as in less fancy, Skoda interiors can sell for less, reaching down towards less expensive Korean and American competitors.

To show the price discrepancy, you can buy a Chevy Traverse for in the high $30’s, while the Toureg goes for in the low $50’s. Oh, and the Chevy has eight seats, while the VW has only 5. As a value proposition the VW is a questionable choice. Now imagine a Skoda with eight seats selling in the low $30’s. This just might be a more attractive vehicle.

Another issue is VW’s stated desire to push into the EV arena to compete with Tesla before it’s too late. We hear about initiatives with Skoda, Porsche, Audi, VW and Lamborghini, all VW group brands. Why would it be a good idea for Skoda to carry an EV torch here? VW is definitely going to do it, but the stink surrounding the brand may impair the EV’s sales. The perception might be that VW’s EV is an apology rather than the effort of true believers desperate to make a great car, like at Tesla. With a brand new face like Skoda, the American public might be less likely to tar it with the same brush.

The last argument is that Americans might not accept a “new” nameplate. That might have been true in the ’50’s when many brands bit the dust including Simca, Renault, and eventually Fiat, among others, but Americans have been willing to welcome Toyota, Nissan, Kia, Hyundai, Mitsubishi, Volvo, Subaru, and Mazda among others.

But the cars gotta be good! The bones of once-proud automobile companies lie bleaching in the sun. Triumph, Austin, Borgward, and the infamous Yugo are the foreign examples. Willys, Kaiser, Studebaker, Packard, Hudson, Pierce-Arrow, Duesenberg, and Cord are American examples. Oh, and let’s not forget Pontiac and Oldsmobile which lost their way.

So, bottom line, what am I saying here? VW got caught with both hands in the cookie jar and got the lid slammed down on them. Hard. They have to fight hard to get their reputation back, EV’s are one way.

Introducing a brand famous in Europe since the mid nineteenth century just might be another. A brand that can be sold at a more competitive price with more room and more seats makes it almost a no-brainer.

My thought is that not emphasizing the relationship of Skoda with VW would be helpful. People will be more open to checking out the Skoda. If you weren’t happy with a Hyundai back in the bad old days of questionable quality, Kia was a likely Korean alternative. Very few car shoppers knew they were the same company. A lot of people bought them and are buying them. This just might work for Skoda as well.

Lubos Motl wrote on September 10, 2016 - 12:39am Permalink
I agree that the position of VW in the U.S. is so lousy right now that it's better not to emphasize any relationship. Czechs will surely forgive Americans when they pronounce it Skoda – you should even spell it Škoda, not just pronounce it Škoda – if they forgive the Americans' confusing Czechia and Chechnya (where they produce skewered heads of beheaded folks instead of SUVs). And the Škoda bosses won't care about the pronunciation much, either, especially because most of them are German. The American cavemen and troglodytes may use whatever hand gestures are enough to communicate "Škoda" – as long as they achieve to buy lots of these great cars, they will do the right thing.
Parks McCants wrote on September 10, 2016 - 11:35pm Permalink
U.S. consumers don't need yet another option in a market that currently offers 200+ name brands and model/variant offerings-- at any price. Good luck!