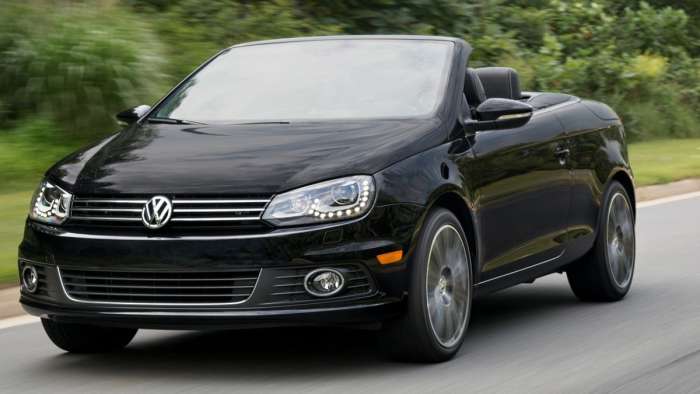 You’d Think One Scandal Would Be Enough For An Automaker, But …

Volkswagen has for nearly the last three years been fighting the diesel emissions scandal known as Dieselgate. It has cost the automaker nearly $30 billion. So you think, the carmaker would not want to expose itself to a new round of scandal, wouldn't you? Apparently, it's not a big issue with VW as it may be sellng uncertified cars to consumers, a definite no-no.
Advertisement

You’d think that after the Dieselgate emissions scandal and dishing out nearly $30 billion to settle suits and liability cases that Volkswagen would try to steer clear of unneeded complications. So, how is this for a pretty dumb move? Volkswagen is doing it again, this time with vehicles that should have been sent to the crusher and somehow ended up for sale. Granted, it’s not on the order of Dieselgate, but it is still a scandal, this time with the cars that should have been crusher-bound.

Should Have Been Sent To The Crusher

Why should they have been sent to the crusher? They have not been approved for sale by various agencies. Instead, they are early models that are used to prove concepts and features, while also giving the press the “spy shots” that are so popular as writers also discuss what an automaker has up its sleeve. And, unlike the paperwork pooches sport to prove that they meet specific recommendations, these vehicles have no papers.

Here is what is supposed to happen: At the point testing has concluded with a pre-production vehicle, automakers are supposed to trundle the car to the boneyard for scrappage. Why is this done? The answer is simple; the cars have must be kept out of the public’s hands since various agencies – the Environmental Protection Agency (EPA), National Highway Traffic Safety Administration and its parent the Department of Transportation (DOT) – haven’t approved them for sale.

So, why would Volkswagen, which, as noted, has been pummeled all over the place for its “secret switch” emissions scandal issues, sell these cars? According to Handelsblatt, which broke this story, it seems that VW has never heard they weren’t supposed to sell these vehicles.

How Many Cars Are Out There

Indeed, VW sold 6,700 pre-production – test – vehicles to consumers in the 12 years following 2006. The bulk of the sales were in Germany, although some of the vehicles did escape to the U.S. VW reps confirmed this story to another publication, Roadshow. They added that they managed to recall 252 vehicles from the U.S. in May. The vehicles included:

The National Highway Traffic Safety Administration identified the vehicles and the issue.

The biggest issue relating to these vehicles is paperwork. Volkswagen didn’t keep its records on differences between test and production models so, while these vehicles could very well be in excellent shape, but, because there is no documentation, the automaker must assume all of the cars unsafe.

Things May Be Dicey For Automaker

This is where things look dicey for the automaker. According to a report on the issue from German paper Der Spiegel, 17,000 pre-production vehicles could be in the public’s hands. The German newspaper further said the VW’s auditors waited two full years before reporting it to Germany’s Federal Motor Transport Authority (KMA). And, thus another scandal raises its head.