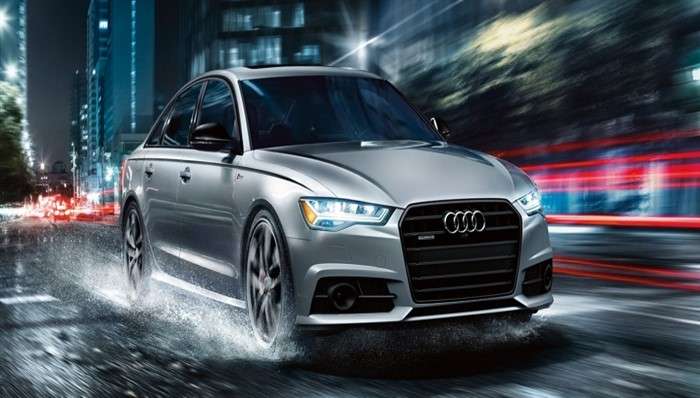 Will the Audi S6 Avant add power under the hood? Stay tuned

Will the up and coming changes to the Audi A6/S6 include a larger engine? The editors at Motor1 seem to think so. They do make a rather compelling case.
Advertisement

One thing that auto writers like to do, when they have a spare minute in their days – if they can find one – is to handle detective work. Usually, they look at development mules (cars that are out on the road for testing, often in heavy camo) and then figure out what is going on either under the skin or in the cockpit or anywhere within the vehicle.

Then, once we think we have figured out something or other, of course, we want to write about it. It makes sense, doesn't it, because it is one of the fun aspects of our jobs. Most of us want to be able to say something about a vehicle a couple of years out and then, when it is announced, see if we are close.

It began with a car playing in the snow

Take the guys at Motor1 recently. They saw the 2019 Audi A6 Avant playing in the snow and, aside from getting a whole bunch of camouflaged spy shots, they noted a few things and talked about them a few days ago. The most exciting conclusion they drew was that the S6 Avant was going to get a significant power upgrade over the standard model.

Indeed that is the washout of Motor1's analysis. From the outside, the editors of Motor1 were able to determine that Audi doesn't plan any significant changes in the S6 Avant's styling. There were some cues that suggest a new engine or powerteam could be in the offing. For example, the front end sports four new, somewhat boxy intakes at the corners of Audi's distinctive fascia.

That’s about the biggest change in the front end, the rest of it remains distinctively Audi with the same hexagonal grilles and unique headlights. From the side, the changed S6’s ride height has been lowered. The wheels have also been lowered and it sports bigger brakes.

In the rear the changes are subtle. Four circular exhaust outlets enhance the rear-end's sporty look. That said, though, the A6 incorporates style by using a pair of wide.

At the moment, the powertrain options for the A6/S6 are unknown, but that doesn't mean you can't speculate about them. Motor1's thinking is that Audi could use a version Audi's biturbo 2.9-liter V-6, used in the RS4 Avant. This could mean, the thinking goes, there could be an even more powerful engine for the ultimate RS6.

On the inside, the S6 Avant should feature the usual mix of sport and luxury. Plans call for the debut of the standard A6 this year, probably at the Geneva Motor Show next month. The Avant, of course, will arrive later, while other variants, including the S6 Avant, will likely arrive in late 2018 or 2019.