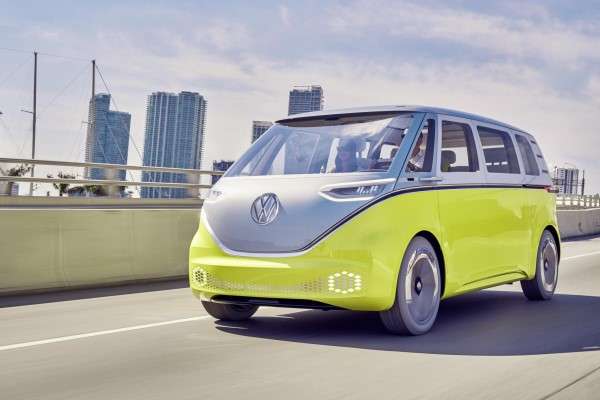 Why Use The Term Concept Car When It’s Much More Than That?

Volkswagen has stretched the idea behind a concept vehicle well beyond what it once was. Instead of putting a mockup or clay model out there to gauge reaction, the automaker is now debuting "concepts" that are well along the production development train.
Advertisement

There was a time not too many days ago when a “concept” car was an automaker’s way of saying: “Here are our plans for the future; what you are seeing is a mockup of what we believe we will be making; what do you think?” The concept vehicle held a lot of the automaker’s hopes and thoughts.

There is a certain symmetry to this idea. The auto press and other observers get the chance to weigh in on a design and tell the automaker and planners what they think. And other influencers could also weigh in with their opinions. For example, VW brought its I.D. BUZZ to Geneva to gauge acceptance.VW gauges I.D. BUZZ

From there, the automaker usually took the comments, as well as those of their design staff and either made changes or reinforced the concept car by taking it from a “mule” – mockup – state to the almost the real thing.

Today, though the whole “concept” idea seems to have changed. Oh, the automaker does do clay and shows mockups of the proposed vehicle or vehicles. However, instead of lugging the clays around for a whole season, the development team is hard at work turning the concept into reality, thus shredding the idea of a concept vehicle -- it is now a near-production model that can still be changed a bit, but not very much as VW has invested huge sums in the near-production model, leaving little money for changes. The automaker believes that it doesn’t need traditional inputs – including those of consumers who see the clay models – and if it hurries right to production-ready, all the while, calling the model a concept. Indeed, no matter how rodworthy or close to production a vehicle might be, the automaker still refers to the ones on the exhibition pedestal as "concepts."

A case in point is the Volkswagen’s I.D. CROZZ “concept” that it is previewing at the Shanghai Motor Show right now. It is the third member of the I.D. family of electrics that VW first debuted in Paris last year, as well as in New York this year. I.D. CROZZ Concept

With one or two final touches, the I.D. CROZZ will likely look as it does now in Shanghai. Indeed, the CROZZ seems to be the fulfillment of a promise made last year when the I.D. “concepts” were first shown. It was no secret at that time that the I.D. family was to be VW’s first major effort at defining a coherent family of vehicles that would help move it away from its then-commitment to diesel and over to its new attachment to electrics. At that time, the automaker showed a hatchback concept car (Paris), and it later showed an MPV (MultiPurpose Van) that took more than a few of its styling cues from the iconic Microbus of the 1950s and 60s. The automaker also said that there would be at least one or two more vehicles in the I.D. lineup, including a crossover and an SUV.

The I.D. CROZZ is the result, and it is the third member of the automaker’s new family of purpose-built electrics. VW plans to begin production in three years. Herbert Diess, head of the VW brand, said in a statement that “By 2025, we want to boost annual sales of electric vehicles to 1 million units. The I.D. CROZZ will play a key role in that.” It is slated to go into production in 2020.

An all-wheel-drive electric, the drivetrain whirrs out 302 horsepower. It has a decent top-end speed of 112 mph and a range that should satisfy skeptics who believe electrics can’t go very far without needing a charge. The range is, according to the New European Diving Cycle, 311 miles

The all-wheel-drive CROZZ has a drivetrain makes 302 hp. Its top speed is 112 mph, and its range is 311 miles on the New European Driving Cycle.

Since the jury is still out on whether the public wants or trusts this type of feature, VW cagily kept the conversation away from whether the feature will make the final cut.

One feature that is sure to be appreciated is the I.D. CROZZ ability to build an 80 percent charge in 30 minutes, using a fast-charger.

VW is pushing to make its 2020 debut. If it does, the I.D. lineup will enable the automaker to make CO2 reduction targets mandated in Europe and China.

The I.D. CROZZ is the third member of the I.D. family. VW showed the I.D. hatchback in Paris last year and introduced the I.D. BUZZ MPV at Detroit in January.
Source: Automotive News