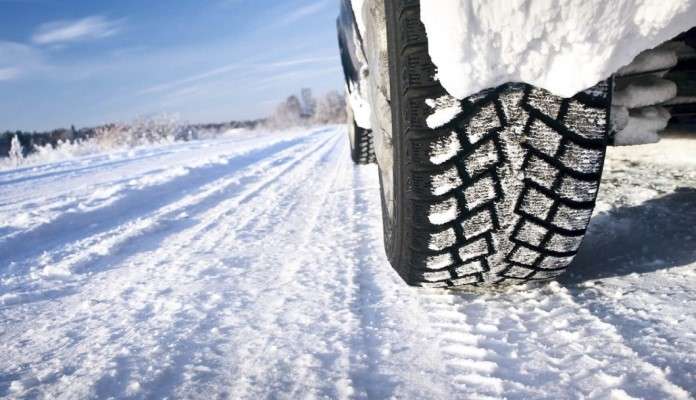 Which tires are best for prolonged cold? Winter tires, certainly not all-weathers

If you listen to all of the tire ads on right now, you probably think the best tires for all-weather driving in the cold and snow are the ones on your tires. It's not true. The best tires are a good set of winter tires backed up by chains.
Advertisement

With all of the cold that has gripped the nation the last couple of weeks, the roads in much of the northern tier of states have turned into a maze of frozen asphalt linguine. So, what does this mean, it means that the tires you thought had excellent grip on the road surface are little more than rolling marbles, no matter how much tread you have on them.

The reasons to choose winter tires over others

There are a couple of reasons for this:

Manufacturers build most tires for averages – average temperatures; average humidity; average weather – not extremes. What exactly is average? As noted, the temperature range for most all-weather tire or summer tire performance is 40-80˚ Fahrenheit; the weather is dry as is the humidity. It’s a far cry from the real world of this winter’s cold where nearly the whole month of December – and now into January – temperatures have been 15 or more degrees below normal; including many days where the temps were far below 0.

In this situation, tires are sliding, in some cases, along the surface of even dry-looking surfaces, rather than rolling or also grabbing, the quality of your vehicle’s tires should be your paramount thought. You need tires that will retain their grip, no matter what the surface and no matter what the conditions.

It’s not even a trade-off, winter tires are best

To be sure you have the right tires, you have to invest in a set of real winter tires, not the usual rubber that manufacturers install.

And, while no tires are guaranteed to be panaceas, you should know that the winter tires we just mentioned are the best choice. Their compounds are such that they remain pliable to temperatures far below zero and in ice and snow conditions that have so-call all-weather tires calling for help. Indeed, even winter tires need help at times – snow chains which will get you through where other tires are just spinning.

So, here are our recommendations for cold weather, ice and snow driving:

LG's New EV Battery Plant Is a Welcome News for Tesla
Tesla Giga Berlin's New Hurdle: It's Not Only the Gov't, but Now Tesla Itself
END_OF_DOCUMENT_TOKEN_TO_BE_REPLACED