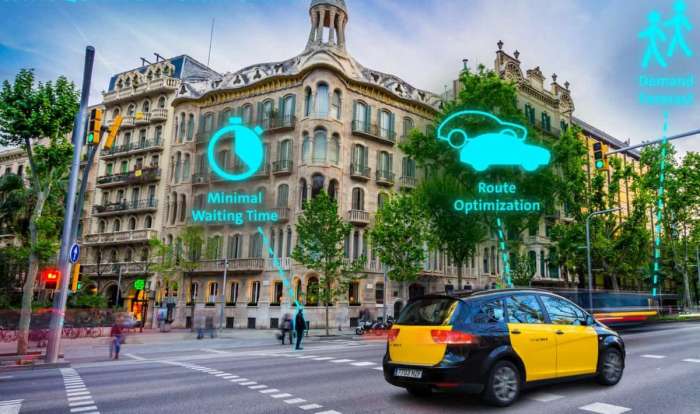 Volkswagen, after years of working with quantum computing, trying to find the right balance, apparently has arrived at that balance and is now ready to take a step forward using quantum computing to optimize traffic studies and to assist taxi and public transit authority optimize their vehicle use.
Advertisement

Nearly 30 years ago, the phrase quantum computing began appearing in various computer magazines. The only problem with the term was that no one exactly knew what the heck it meant. Indeed, it’s likely that people still don’t know what it means, even as carmakers are applying it to their products, and to others, as well.

VW Has Been Working On The Edge For A Long Time

That ended this week when Volkswagen announced that it had developed a quantum computing algorithm that will allow public transport organizations and taxi firms to deploy their fleets more efficiently and cut waiting times for passengers.

The new program will enable auto organizations to change forecasts of urban traffic volumes, transport demand and travel times, swapping them for more precise information thanks to better calculations. The announcement in the quantum computing breakthrough was made jointly by Volkswagen and D-Wave, a quantum computing specialist. The news came at the Web Summit technology conference in Lisbon.

Quantum computing can solve highly complex tasks like traffic optimization much faster than conventional supercomputers. Indeed, research has shown that sometimes quantum computing is the only way a solution to find the answer to a problem. Volkswagen believes that using this technology will enable it to find new solutions for particularly tough issues as well as creating new business models.

VW Forges Ahead And Gains Expertise

“Volkswagen is forging ahead with practically-oriented research on quantum computers and gaining essential specialist knowledge” Florian Neukart, principal scientist at VW’s CODE Lab in San Francisco.
For example, VW believes it can optimize traffic models so that transit authorities and cab companies can use their fleets more efficiently. “Our quantum-optimized traffic management system could assist them in the future,” Neuhart continued. “We want to gain an in-depth understanding of applications of this technology which” can be beneficial to VW, and, by extension, others.

“Volkswagen’s innovative work using D-Wave quantum computers to pursue complex problems such as traffic optimization” is an example of the real-world impact quantum computing can have on both business operations and people’s everyday lives,” Ewald concluded.