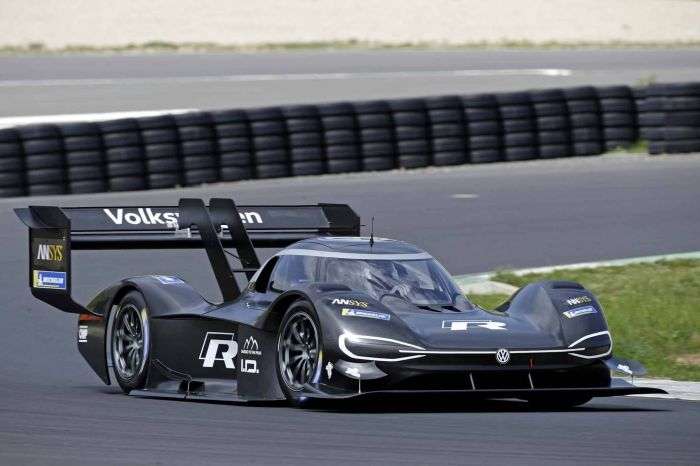 Is VW Pikes Peak effort real? The laps at Spa say it is and so does the driver

Volkswagen has officially taken the wraps off its Pikes Peak challenger, the I.D. R and has partially wrung it out at the Spa circuit in Ales, Belgium. The smile on driver Romain Dumas' faces says it all.
Advertisement

Six months or a year ago, if you had thought that Volkswagen would be mounting a major effort at taking the “Race to the Clouds,” people would probably have given you strange looks. Why they might even have thought that it was time for the guys with the butterfly nets. The reason was that “everyone knew” that VW was pulling back from competition support and racing to concentrate on raising enough money to pay for the costly diesel-emissions scandal that has, so far, cost the automaker nearly $30 billion.

VW’s cover story was a beauty

Well, it seems as if the information that “everyone knew” was more than a little lopsided or just plain wrong. VW was very much in the middle of developing a competitive racer to take the Pikes Peak Hill Climb – the race’s other name. I guess as part of the cover story, VW made it part of the I.D. electric family of cars to link it to the automaker’s new identity. The I.D. family will be released over the next 24 months as VW makes good on its corporate promise that it would release at least three I.D. family cars by 2022. Indeed, it has also added another crossover model to the family so that by 2023 or so, the I.D. family will consist of the I.D. hatchback; the I.D. Buzz, an MPV that looks back nostalgically to the VW MicroBus; the I.D. Crozz, an SUV, and the I.D. crossover, which hasn’t been officially unveiled yet.

You know it makes sense to put the letters I.D. in front of any fully electric vehicle from Volkswagen because immediately identifies the vehicle as a VW product, as well, it identifies the model as part of VW’s electric offerings, though, in this case, it is pretty unlikely that the average driver will have either the means or ability to get behind the wheel of the I.D. R Pikes Peak. It’s quite a vehicle.

Developed specifically for the “Race to the Clouds,” the super electric car had quite a maiden outing as it buzzed around the Spa circuit in Ales, Belgium recently. It features a twin-engine powertrain. Driven by specially developed lithium-ion batteries, the I.D. R Pikes Peak turns out 680 horsepower smoothly and silently to the wheels. A relative lightweight, the super electric car weighs in at about 2,500 pounds. The I.D. R Pikes Peak uses specially developed tires at each wheel. The speedster turns in a 0 to 62 kph in about 2.5 seconds, making it a definite contender in the supercar horsepower race.

Driver Romain Dumas, the three-time winner of the Pikes Peak Hill Climb, was ecstatic with the performance of the I.D. R Pikes Peak. “It was absolutely fantastic to see the completed I.D. R for the first tie and to take it out for a spin.” The three-time Pikes Peak winner was enthusiastic about the super electric that was built using lots of pieces from VW’s parts shelves plus some special items such as the tires and batteries. Dumas said that he has the “greatest respect” for what the automaker has achieved. “What Volkswagen has managed to put together from scratch over the last few months has my greatest respect. I had obviously seen initial pictures of the car – but it is even more spectacular in the flesh. We now have a packed schedule of testing ahead of us, and I am looking forward to ever meter.”

When the abbreviated test schedule is completed, the I.D. R will take on the “Race to the Clouds” on June 24. During the race, the VW-built super electric will attempt to break the electric car record for the Pikes Peak International Hill Climb on June 24.