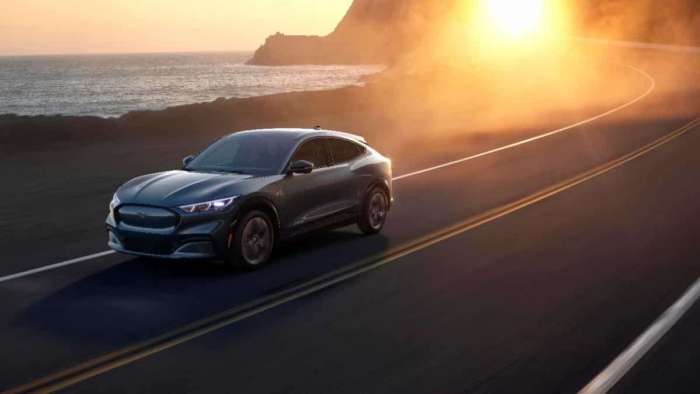 Ford and Bosch are teaming up to present service technicians a new training tool, virtual reality. With a virtual reality headset, techs will be able to learn the Mustang Mach-E without having to have the vehicle in front of them.
Advertisement

If you have watched any of the advertising for various virtual reality headsets, you have probably seen a scene where several people are playing a virtual reality game. It not only shows you have far virtual reality has come in 25 years, but it also shows how sophisticated the software that drives virtual reality (VR) has become. VR has become so refined today that it is useful in training, teaching, medicine, showing detail that is incredible.

Looking Closely At The VR Program

Let’s look more closely at VR training headsets and software. Ford and Bosch have teamed up to use VR headsets to assist training Ford’s electric vehicle technicians. The technicians are learning the skills needed to make them valuable additions to any staff. Ford and Bosche are using virtual reality headsets to develop and deploy new virtual reality (VR) programs to train technicians on the2020 all-new all-electric Mustang Mach-E.

Dave Johnson, head of Ford Service Engineering Operations, said enthusiastically recently that “technicians will be immersed in a simulated and gamified world, meaning they won’t need to rely on actual Mustang Mach-E vehicles to learn about its components, including the electric SUV’s new high-voltage system.” The new training tool “allows technicians to understand the components and steps required to service these high-voltage systems, then confidently perform diagnostics and maintenance.”

In operation, a technician will diagnose and perform service related to the vehicle’s high-voltage system wearing the VR headset. Techs will use the headset tool to learn tasks such as removal and installation of the main battery, and service and maintenance on the battery pack itself.

How does the system work? In action, techs will find “rooms” assigned to each program module. As they learn each component system, technicians will walk through corresponding rooms. Moving between VR rooms, the tech learns will learn how to service the vehicle. The navigation between the modules teaches the techs how to repair the Mustang Mach-E.

The director of operations at Bosch, Geoff Mee, said that the “virtual reality training solution is about new technology that builds efficiency. By improving the diagnostic process, technicians are able to perform maintenance and make repairs faster and more easily.”

The new system opens up many opportunities. For example, it can serve as an ongoing training tool. The VR system lets technicians learn niche skills in the Ford technical training program. VR has the potential to attract new-hires to the auto repair world, framing the profession as a high-tech, forward-thinking industry in which technicians can learn more efficiency in a state-of-the-art environment. Also, techs can tap into the system from any remote location.

Bosch developed this VR system in 2019 as a proof of concept. The concept was simple: they had to show that VR could handle automotive service training. With development completed, the system was tested extensively by instructors, technicians, and students. After the completion of the testing rollout phase, Ford became the first automaker to pilot the program. The automaker used the Mustang Mach-E high-power training course as the pilot. The Mustang Mach-E is Ford’s first all-electric SUV. One of the beauties of the new course is that Ford can expand the technology to offer training on additional vehicles in the future.