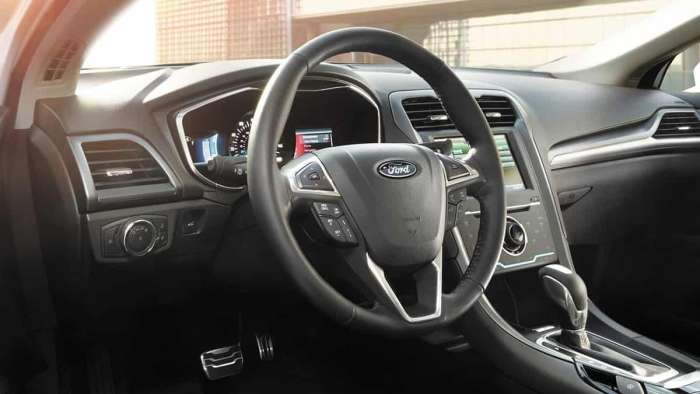 As Ford vehicles have become more dependent on computerization, they are facing a challenging problem as the coronavirus shutdowns stretch into a new month. The problem is keeping their batteries charged.
Advertisement

As we pass out of the second month of major shutdowns in most of the states – not those that have decided to open despite reliable information telling them to wait -- we are getting into a gray area for cars.

Stay-At-Home Cars May Have Nasty Surprise

If your car is five-years-old and has never had its battery swapped out, you could be at risk of a nasty surprise when you go out to crank things over when your state's shutdown ends. Simply put, your car's battery may be deader than a doornail (as they used to say).

Why has this happened? It's simple. Unless you have driven your car any distance at all in the week or weeks before your state opens up, nothing is going back into your battery, even as the car's electronics takes a heavy toll on the battery.

A few years ago, this never would have happened. However, as computerization has gone ahead in the automotive population, the need to keep your car's battery charged is essential. Not only will it keep your car starting, but it will also keep the vehicle's computer gathering and retaining information. At the same time, the rest of the electronics continue to suck down the battery.

If you think this is a stupid argument, go ahead and leave your car parked where it is without moving or even starting up. You'll be surprised.

Here's an excellent way to tell if you will have problems when you go to start or restart your car or SUV. Let's base this on my daily driver, a 2015 Ford Fusion SE. Indeed, a couple of years ago, I routinely parked the car near a church a couple of towns away, and I listened to the radio. After about 25 minutes or so, a warning appeared, and the radio shut down.

The warning was to the effect that if I didn't start the engine shortly, I would be in for trouble. The reason was simple: even just using the radio with no alternator feeding juice back into the battery, we were at risk of losing everything.

On my Ford, for example, there's the overall computer system and its internal network. These particular pieces stay powered at all times so that every time a bit of information is generated, it is saved in memory.

At one time, this information system saved its information to nonvolatile memory or NOVRAM, but, today, all memory is volatile. This means that if you remove one of the terminal connectors from the battery, then all of the memory goes away. And, indeed, the computer system knows nothing. If you were to explore it a bit more deeply, it would also show a series of errors.

And, when you think about the computer-radio-electronics system, as a whole, you begin to see why the battery and its power is so important. On Fords, for example, you have the SYNC system. This is a system that sets up Bluetooth pairing. It is also the system that is the backbone of your vehicle's internal monitor. Ford recalls 250,000 Fusions, Fiestas 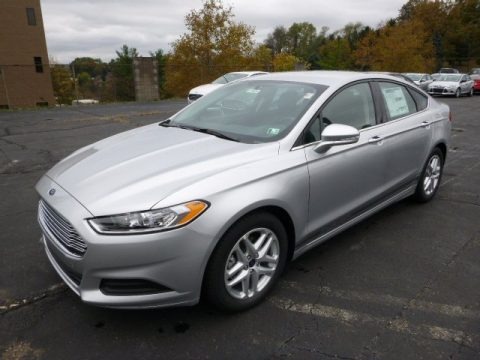 It is through this system that you not only monitor the health of your vehicle, but you can also set up a route from Point A to Point B. And, you can ask your system to call someone listed in the memory of your phone system.

It is quite a robust system. It is also a system that you don't think about very much, yet, without it, your car is deaf, dumb, and blind.

Once your car has become an absolute brick, it doesn't know what to do.

Take today, for example; our Ford has been sitting where it sits day after day with few exceptions. Today, however, is marketing day, the day when we head off to our local market to replenish our supplies of victuals. Typically, we make only two trips out per week, once to the market (today) and once to the drugstore (tomorrow).

The last week has been brutal for our vehicle. For example, we have had extended periods of cold, wet weather, where the car hasn't moved as rain poured down. We indeed had enough juice in the battery to fire the four-cylinder powerplant. But, when I went to turn on the FM radio to listen to NPR, the voltage was just too low. There was no display, and there was no radio. A few minutes later, after running the Ford for a bit longer, the radio came back.

Indeed, this exposes the central issue with standard automotive battery storage and current automotive systems. Each system is voltage-dependent. If, for example, your vehicle sits for several days in an unfavorable climate – cold, wet or hot, humid – you will quickly find that if you were to put a voltmeter across the electrical system's terminals, that your battery will sag down to the vicinity of 11.5 volts. This is very marginal.

To be sure, your battery will likely retain enough juice to turn over when you twist the key, however, if it is on the cusp of 11.5 volts or so – very marginal – there won't be anything left. If there were any error codes or new programming, they would be gone. Mainly, your vehicle will be little more than a base vehicle that might leave the trouble light on, even though it has begun to bulk up again.

You will have to find the reason the trouble light is on and work from there. As noted earlier, it is as if you disconnected one of the terminals and then reconnected it. Your entire automotive computer system – and related electronics – would be wiped.

This is the problem with today's all-electronic vehicle. If you lose the programming and updates for whatever reason – inactivity, work on the electric system, or whathaveyou – then you have to start all over again.

Even if it is an accident of timing, it is still not entirely painless as your technician will have to go through the addition of the base system and any upgrades to bring your vehicle back up to spec.

So, here's a suggestion as many of the nation's major urban locations remain under stay-at-home orders. When you have a spare half-hour to an hour or so, run your car until it is thoroughly warmed up. By waiting until it is warmed up, you likely have given it enough time to recharge the battery for another few days.

How often should you do this? I would say every three to five days – around four is best, in my opinion. Don't forget to fill up every few days so you will have the gas to do this.