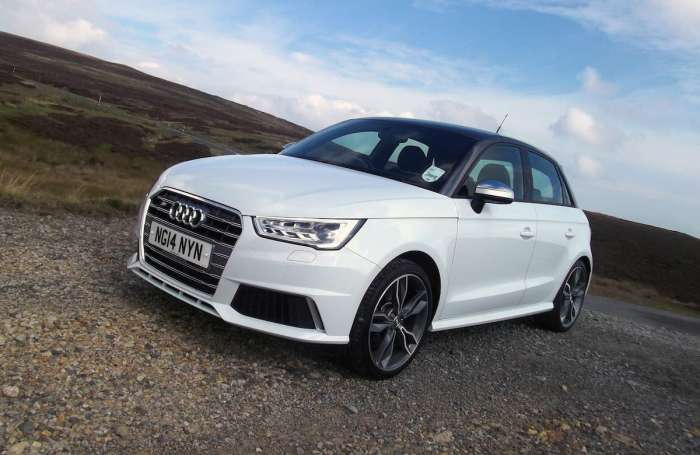 Second Generation Audi S1 Just Not In The Cards

Audi, which has produced some very interesting variants on its existing models, most notably the "S" series of sport vehicles, has no plans to build a second-gen Audi S1. According to a spokesman, there are many reasons for the move.
Advertisement

One of the best things that Audi has done in the last bunch of years – it’s been going on for at least 30 years or more – is taking a successful model and making it more successful by turning it into a sports model. That’s why you have an A6 and an S6 an A7 and an S7 and the like. It makes sense to maximize investment. It also made sense to the many Audi performance enthusiasts who like the sports version of various models.

Audi Re-Engineers Model From An A to An S

Essentially, what Audi has done in each case is take an existing model and re-engineered it into a vehicle that dances rights around the original, which, itself, is already an excellent, balanced vehicle.

So, when the A1 subcompact came out about six years ago, it made lots of sense that an S1 version followed in the next model year or so.

In June, Audi unveiled the second-generation A1.. The A1-S1 line competes in overseas markets, and while an updated and revised S1 would have made a lot of sense, it isn't in the cars for a variety of reasons.

That information comes from Peter Oberndorfer, who was interviewed last week by the publication Car Advice. He identified two primary reasons Audi has declined on a new S1. They are:

He said the S1 “was quite an investment. It was a great car, I had one in my house, but nowadays we have to focus more and more” on other developments. Plainly, he continued, that getting new models approved is “getting more and more difficult.”

And with Audi’s current focus on other areas such as electrification and self-driving technology, it is now even more difficult to get management sign-off on a model like the S1.

The Need For A 2nd Generation S1 Questioned

Further, Oberndorfer wondered aloud why, when the A1’s offers more than 200 horsepower – more than sufficient for a subcompact – the S1 would be needed since the previous model turned out 231 horsepower. The A1 shares the same MQB platform as the Volkswagen Polo GTI. Looking closely at the GTI there's more than enough power available for excellent performance.

Car Advice and motorauthority.com also revealed an interesting tidbit that shows that Audi isn’t opposed to new A1 variants as engineers are thought to be testing an A1 Allroad soft-road vehicle. Audi may be testing soft-road version of the A1.