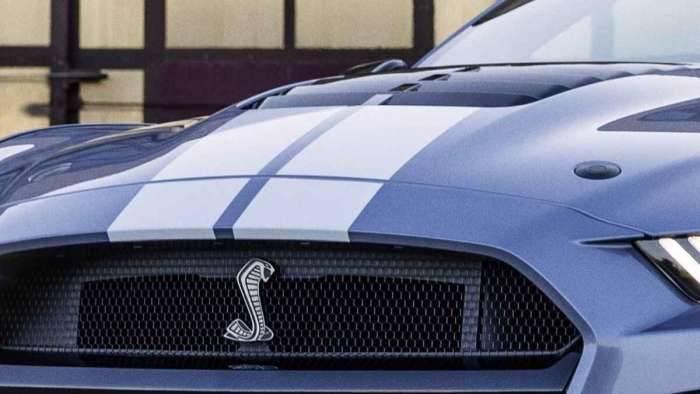 As the big reveal gets closer and closer more information is coming out about the upcoming 2024 Mustang. For sure, it will likely have a V8 powerplant under the hood. Indeed, the V8 is likely the last gasoline engine that will power the Mustang line. Plans for a hybrid -- battery/gas engine -- Mustang have reportedly been shelved. The reveal is coming Sept. 14.
Advertisement

Time flies. There's little doubt about it. Here we are just looking at the 2023 model year vehicles, and instead of waiting for the next 2023 shoe to drop – most of them dropped over the last couple of years – we're now looking at 2024 models.

Torque News has written about The Stampede (last week). It combines many elements, including customer registrations, trips, and the like. The cherry on this automotive sundae will be the ultimate reveal of the 2024 Ford Mustang next week. According to Automotive News and Motor1.com, the Mustang has an internal identifier -- S650.

The reveal is rolling right along as a herd of Mustangs – and other Fords – head to Detroit for the big reveal. And while Ford will reveal the whole enchilada about the new model, Motor1.com reports on an Automotive News article that fills in much more information before the Mustang blowout.

First and foremost, the upcoming 2024 Mustang will "likely become the last generation Mustang with a combustion engine," Automotive News (AN) reported through Motor1.com. Indeed, there is no hard evidence of this. It is based on Motor1.com's speculation of "the automaker's current electrification strategy." It is an interesting and likely point. There was more, though.

As Motor1.com commented that "there's something even more interesting in that piece that caught our attention."

Here's the interesting information that was in "the middle of the [AN] article:
Plans For Hybrid Mustang Shelved

The industry trade paper noted in its article that "plans for a hybrid Mustang have been scrapped, and the rumored all-wheel-drive version is most likely not happening as well."

From Torque News' perspective, this information is quite authoritative. Of course, it isn't based on any news out of Dearborn. However, the fact that it appeared on the AN site tells us that there is probably more than a germ of truth in the speculation.

Of course, Motor1.com does advise its readers to "take this information (about the Mustang's future) with a grain of salt at this point as there's nothing official" yet. The hard information is due just a week from now with the Mustang's official debut at the marque's blowout.

As Motor1.com related, "Rumors about an electrified Mustang first appeared a few years ago and were later fueled by a LinkedIn account belonging to someone who claimed they worked on the S650 program. A patent filing in the US from several years ago also showed a Mustang with a 'twin-motor drive system for hybrid vehicle' using a V8 combustion engine and two electric motors for an all-wheel-drive setup. Chances of seeing a hybrid AWD (all-wheel-drive) Mustang now seem slim, though."

The site said, "one thing we know for sure is that the new pony car will continue to rely on a V8 engine." And a "recent teaser promised V8 power for the world's most popular sports car, and there also seems to be a new GT Performance trim coming."

One thing for sure is we will know at the big reveal next week.