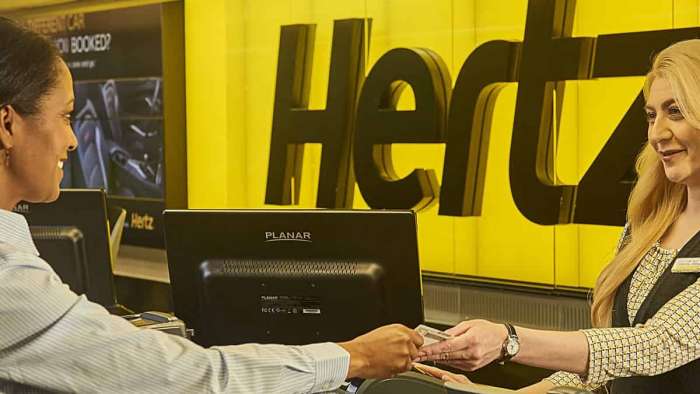 Travelers have been patient for more than a year as the pandemic raged across the country and they had to wait. Now, the pandemic shows some signs of waning and travel is slowly opening up. One of the results of the pandemic and travel is that rentals are now hugely expensive as this analysis shows.
Advertisement

Now that signs of a slowdown in the pandemic are becoming evident, many travelers plan to visit friends and relatives they haven't seen in more than a year. If they aren't planning to see the people in their lives, they may be planning to take trips to vacation spots that the pandemic forced them to put on the back burner.

Travelers Champing At The Bit

It is understandable and seems inevitable that travelers who have had their COVID-19 vaccine shots and who have waited the correct number of weeks want to get on with vacation or trip plans that they had to put on hold as the coronavirus pandemic raged.

Unless the travelers are taking their R.V.s or SUVs, most people had probably planned to rent a vehicle, either as part of the trip package or when they arrived at their destination. This is the way that traveling has operated for more than a century in our vehicle-driven culture.

You would think of a place you wanted or needed to visit, set up the traveling arrangements, and book a rental vehicle from one of the major rental companies (Hertz, Avis, or Enterprise) that would be available for your visit. It might have been at an airport site, or you might have had to contact the car rental company, which would then pick you up and drop you at the site of the rental.

It is such a part of our traveling culture that we never give it a second thought. Many travelers give the situation second, third, and, perhaps, sixth, and seventh thoughts. The ongoing computer chip shortage is forcing carmakers to cancel new-car assembly for days or weeks. The manufacturers try to balance a shrinking computer chip supply base with their needs to build vehicles. Even as it shuffles its build schedule, Ford is adding to its offerings with a new Explorer as Jimmy Dinsmore discusses here.

Ford continues to try to balance its production as it schedules downtime.

It's not a particularly happy matter for travelers who find themselves suddenly facing not only used models that the rental firms would never have even thought to own, much less put out for rent.

Meanwhile, Ford is continuing its Mach-Elaunch full-speed ahead.

In a story by Bloomberg Financial Services, a traveler named Maria Ball, who hadn't traveled in more than a year, and her husband set up a series of flights just as soon as they were sure that they were all vaxxed up. First up for the couple was a trip to see their family – they hadn't seen family members in more than a year. Booking the flights was no problem, and ticket prices were more than reasonable but what happened next had them scratching their heads.

Indeed, ticket prices were more than reasonable for their late April trip. The corker came when they tried to book a rental car for their trip. They had used Costco Travel to book their rental car. They found that the rental outfit wanted $750 for the three-day rental of a full-sized car in Washington, D.C. The price was more than four times what she usually pays for a weekend rental in D.C.

"It was just ridiculous," she told Bloomberg. Wondering if a significant event like the National Cherry Blossom Festival was underway, Ball checked and found no other events.

The $750 price was a head-scratcher, but she found other equally expensive rentals after searching for rentals on other trips. For example, for a trip to Newark, N.J. next summer, she is shelling out $691 got a weekly rental. Before the pandemic and the shortages that it has brought, the couple paid $267 for a luxury car rental. The luxo-rental was for five days at Cape May.

"We normally are more concerned about flight prices than we are for rental car prices," she emphasized. "Now it's just the opposite."

So, why are car rental prices so high? It's a case of surging travel demand and a shrunken supply of cars. It's a classic supply-demand piece, but it means enormous pricing for travelers, especially as travel takes off following a year of the pandemic.

As Bloomberg put it:
"The coronavirus pandemic devastated the travel industry, and car rental companies responded by shedding cars in their fleets, just as airlines did with planes. Rental giant Hertz, which also owns the Dollar and Thrifty brands, was forced to file for bankruptcy reorganization in May and quickly started selling thousands of used cars in its fleet."

The rental companies concede that availability is a critical issue that will likely continue into the summer months as travel rebounds. The Spokespeople for both companies told USA Today that they are moving cars into areas with high demand.

This issue will likely spread well, being the traditional spring break destinations as many newly vaxxed Americans resume travel. The key to the travel piece is the Center for Disease Control (CDC) and its recent announcement that travel is low-risk to them. Weinberg summed it up succinctly when he noted that "it's going to happen all at once. It's going to be everywhere (the shortage of rental cars)."

Book Rentals As Soon As Possible

So, what is the best strategy for travelers or would-be travelers as they move back into the market? You'll have to book your vehicle or vehicles early and not wait until the last moment. Instead of being afterthoughts, book your rental or rentals as part of the main trip package. Your trip booking should include not only your airline tickets but also hotels or vacation rentals and rentals. You can't afford to wait. "If you do that, you're doing it at your peril," Weinberg emphasized. "You're also going to pay a whole bunch more."

Even more urgent for someone traveling with several people who may need a minivan or large SUV, already in high demand, which show up as vehicles from which you may be shut out.

Hertz makes an important point when it tells customers to book their vehicles when making travel arrangements, said Lauren Luster, a spokeswoman.