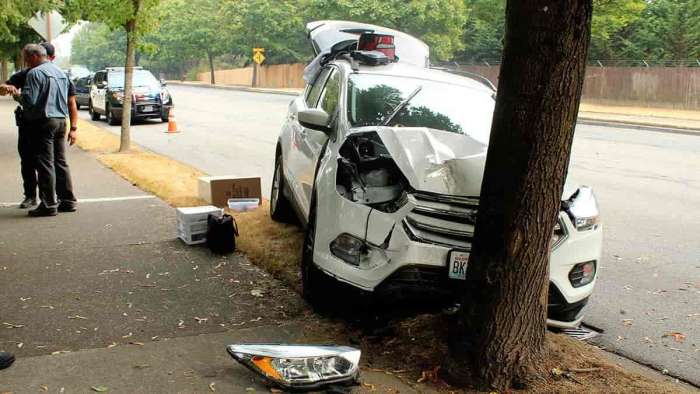 Now that we are a full year into the still-raging pandemic many things are becoming clearer. For instance, the National Safety Council has found that even though we are driving less the rate of fatalities on the nation's highways is going up. The NSC has asked the president and secretary of transportation to commit to a zero death policy by 2050.
Advertisement

In what seems to be a significant contradiction, highway deaths spiked at the highest rate in a century while the still-raging pandemic has cut miles driven radically.

According to the National Safety Council (NSC), there was a 24 percent spike in roadway death rates last year. Even as the country was locked down, workers were doing their jobs from home, and the number of miles driven dipped.

Given the spike, the NSC has called on President Biden to commit to zero deaths immediately. It is the highest roadway death rate in a century.

The NSC's call for action follows an estimated 42,060 motorists who died in 2020 motor vehicle crashes. The increased death rate marks the highest year-over-year jump since 1924. The data shows an eight percent increase over 2019 in a year where people drove significantly frequently because of the pandemic. The figure underscores the nation's persistent failure to prioritize safety on the roads, which became emptier but far more deadly.

The NSC estimated that 4.8 million roadway users were seriously injured in 2020 crashes at an estimated cost to society of $474 billion.

It has painted an alarming picture, and it has the safety group asking both President Biden and Transportation Secretary Pete Buttigieg to commit to zero highway deaths by 2050. NSC led 1,500 other organizations in making the call to the administration.

"It is tragic that in the U.S., we took cars off the roads and didn't reap any safety benefits," said Lorraine M. Martin, president and CEO of the National Safety Council. "These data expose our lack of an effective roadway safety culture. It is past time to address roadway safety holistically and effectively, and NSC stands ready to assist all stakeholders, including the federal government."

A study of teen driving behavior during the pandemic showed that the pandemic has also been a tragedy for teen drivers. Teens have been having severe and fatal crashes at a higher rate than would have been expected. The reason, according to authorities, has been speed.

Nine states experienced drops in in death while eight others experienced more than 15 percent increases in fatalities. The states that saw drops included:

Eight states had more than a 15 percent increase in the estimated number of deaths last year. The states with big increases included:

The NSC suggested that the first step toward zero deaths is to Double Down on What Works. This guidance came from the Road to Zero Coalition and the NSC in 2018. Some of the immediate life-saving measures that would set the nation on the road to zero deaths include:

Estimates From The CDC

Motor vehicle fatality estimates are subject to slight increases and decreases as data mature. The National Safety Council uses data from the National Center for Health Statistics, an arm of the CDC so that deaths occurring within 100 days of the crash and on both public and private roadways – such as parking lots and driveways – are included in the Council's estimates.

The National Safety Council has calculated traffic fatality estimates since 1913.

Marc Stern has been an automotive writer since 1971 when an otherwise normal news editor said, "You're our new car editor," and dumped about 27 pounds of auto stuff on my desk. I was in heaven as I have been a gearhead from my early days. As a teen, I spent the usual number of misspent hours hanging out at gas stations Shell and Texaco (a big thing in my youth) and working on cars. From there on, it was a straight line to my first column for the paper, "You Auto Know," an enterprise that I handled faithfully for 32 years. Not too many people know that I also handled computer documentation for a good part of my living while I was writing YAN. My best writing, though, was always in cars. My work has appeared in venues including Popular Mechanics, Mechanix Illustrated, AutoWeek, SuperStock, Trailer Life, Old Cars Weekly, Special Interest Autos, and others. You can follow me on: Twitter or Facebook.

Tsingshan's Threat to Tesla: EV Maker Is In Battery Crosshairs
Tesla-Funded Research Reveals One of The Biggest Mysteries of EV Battery
END_OF_DOCUMENT_TOKEN_TO_BE_REPLACED