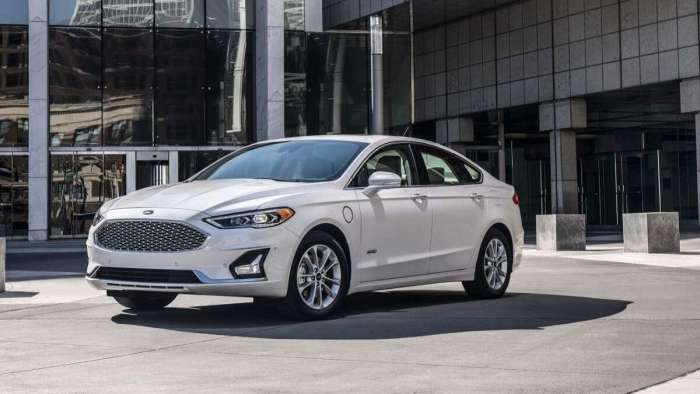 The National Highway Traffic Safety Administration has opened an investigation into front brake hose failures in 1.7 million midsized sedans. The probe into Ford Fusion and Lincoln MKZ sedans follows recall two years ago of Ford Edge and Lincoln MKX models. The agency received 50 complaints of similar problems in the sedans and the result is the new probe.
Advertisement

The National Highway Traffic Safety Administration (NHTSA) has been busy around Ford lately. As documented here on Torque News and elsewhere, the agency has opened a significant probe into the popular Ford Bronco, powered by the 2.7-liter turbocharged (EcoBoost) V-6 engine. And now there's a second investigation looking at 1.7 million Ford Fusion and Lincoln MKZ sedans for brake problems.

Torque News has reported multiple times on the engine investigation. Simply, a valve problem in the 2.7-liter engine can render the powerplant unusable. The engine stalls and then refuses to restart. Because of the no-restart condition, there's the possibility of crashes involving the SUVs.

Looking closely at the brake issue, according to the Ford Authority (FA), the front brake hoses on nearly 2 million midsized sedans are the subject of an NHTSA probe. The agency is looking at reports that the front brake hoses on Fusions and MKZs could rupture and fail prematurely. (An NHTSA investigation is the agency's vehicle when it wants information on problems that fall under its purview. A probe can be concluded with a recommendation from the agency that is short of a recall. There may not be a recall because only the automaker can initiate the action.)

The investigation started two years ago – 2020 – when Ford recalled about 500,000 2013-2018 Ford Edge and MKX vehicles for braking problems. The SUV recall seemed to open the floodgates. Following that recall, Ford heard about the brake hose problem from another 50 vehicle owners.

The 50 Fusion and MKZ owners complained that the brake hoses on their vehicles had ruptured. These complaints spurred the agency to open a larger probe of the midsized models.

Says FA, "Many of those complaints claim that the ruptures are happening with little or no warning, though in some cases, brake fluid leaks occurred beforehand."

Ford has noted that at least one crash occurred "as a result of a ruptured front brake hose," FA continued. Ford said it would cooperate with the NHTSA probe.

If these actions sound familiar, you are right. For the longest time, Ford had a problem with the rear door latches on a number of its models. Ford launched multiple recalls on the vehicles to fix the problem. However, the automaker could not seem to get a handle on the issue.

Ultimately, the automaker recalled more than 2 million vehicles with the rear latch problem.

The "NHTSA later found that the Blue Oval had addressed the issue in a satisfactory manner, which prompted it [NHTSA] to close the probe."

For more information on this investigation, please visit the NHTSA website at www.nhtsa.gov.