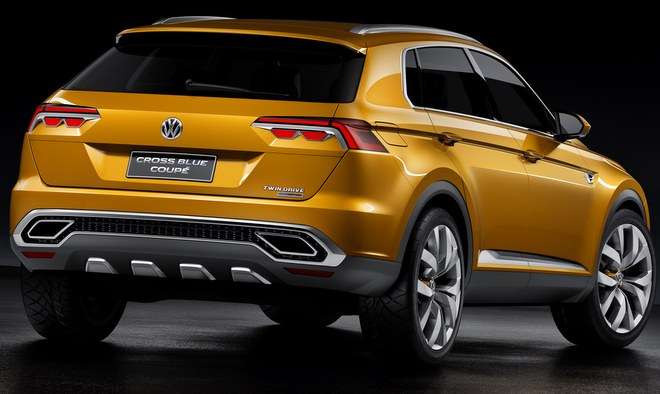 Looking For A New VW Crossover? Try The ‘Atlas’ In A Few Months

VW of America has scored a huge win from its parent in Germany. Normally, a regional VW company has no say in the naming of a model. The U.S. regional branch has chosen the name Atlas for the new crossover. It is a big win.
Advertisement

Although it is a bit early, the secret name of Volkswagen’s new midsize crossover has leaked out. Autombilwoch, the German affiliate of Automotive News, let everyone in on the supposed closely held secret Thursday. Officially it is still a secret. Honestly, it’s more like a very public secret, and though we are all in on the gag, VW is still keeping mum as a spokesman declined to speculate on the name.

With that said, though, the name of the new three-row midsize crossover is the Atlas. It is a name that implies the role it has to play in the VW universe. Says Automotive News, the Atlas “will shoulder the burden of reviving the brand’s fortunes in the U.S.”

VW’s fortunes are in need of a big revival. Sales have been soundly trashed by the Dieselgate scandal where VW admitted it had gamed the Environmental Protection Agency for seven years by installing a “defeat device” on nearly 600,000 four- and six-cylinder diesel engines. The device is a software routine that watches for emissions testing and if a test is in the offing, the emissions systems on those cars were turned on so that they passed U.S. emissions standards. Otherwise, the vehicles couldn’t pass the standards, at all. Sales are off a total of 12 percent for the year.

Atlas couldn’t be arriving at a better time. VW’s beleaguered dealer corps has been eagerly awaiting the crossover’s arrival for a while. Faced with the continuing sales slump and the lack of a competitive crossover to compete in the market’s hottest segment, dealers have clamored for the Atlas and, at last, the automaker is delivering.

First revealed as a concept – the CrossBlue – at the 2013 Detroit auto show, the Atlas is set to be built at the automaker’s Chattanooga, Tenn., plant. The media debut in three weeks is scheduled for Santa Monica, Calif.

Atlas is not only a brand new model; it is the first that abandon’s VW headquarters’ idea that crossovers should begin with a T as the first letter in their names. For example, you have the “T”iguan and the “T”oureg, both Atlas predecessors in the lineup.

The name also makes good on a promise the Hinrich Woebcken, VW Group of America chief executive. In July, he said that a planned crossover for the U.S. would get an American name that would be much easier to use than other VW crossovers. He also said the name would be unique to the U.S. market. To keep it unique, the automaker has filed trademark applications in the U.S.

Atlas Is A Huge U.S. Win

For Volkswagen of America, getting to name its crossover is a huge win. When he made the promise in July, Woebcken said that two or three years ago, “it would’ve been a no-go that the region decides an individual name. This is already an early sign that Wolfsburg is willing to let go.”

Production is scheduled to begin late this year as the automaker ramps up for its spring sales debut. The Atlas will be the first U.S.-built model to use VW’s MQB modular transverse matrix platform architecture. It is also the right model at the right time. The Tiguan compact crossover is pricey and smaller than its segment competitors. The larger Touareg is a more upscale offering that is out-of-step with the mainstream positioning of VW’s higher-volume models like the Passat and Jetta.

The arrival of the Atlas will trigger the entry of a redesigned Tiguan crossover in mid-2017. The new models will give the automaker two new entries in two of the industry’s largest and hottest segments.

Fahr Sicher wrote on October 7, 2016 - 6:17pm Permalink
Not too sure that Woebegone knows his VW history... Yes, today the "international" models get named in Germany and carry that same name throughout the world - but regional models such as the Atlas - that won't be sold in many markets outside the US, get to be named regionally and always have been. The Passat out of TN could have been named anything and US management decided to stick with "Passat". Further back, even the international cars got to be renamed for the US - the Golf was the Rabbit, the Santana the Quantum, the Caravelle the EuroVan and so on. I'm not so sure that this says anything new about the US/Germany relationship...
Marc Stern wrote on October 8, 2016 - 6:38am Permalink
If I remember the branding issues correctly as I have been writing about VWs since the first Rabbits hopped ashore, it was more a case of reverse naming. Sure, it was the Rabbit here, but, HQ determined it would be the Golf and ta-da, the Rabbit hopped off into history and Golf became the name. The same is true of the Santana and EuroVan. The EuroVan carried the name Caravelle on the Continent but marketing in Wolfsburg gabe the go-ahead to change it for the U.S. market. VW has always been a top-down-driven company. So, Woeckben is very correct when he says it is unusual for a region to drive the name. The impetus for the name of the Atlas (a name that I don't think will last, but what do I know) may have been approved by HQ here, but, I believe they are waiting to see if the name will fly, in the first place. If it fails and Wolfsburg renames it, there will be a huge corporate "I told you so" party and a few marketing types may have to pack up their offices.