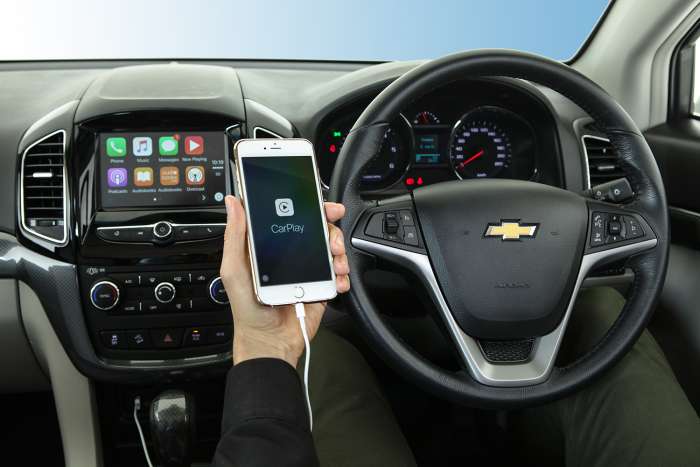 At Last, NHTSA Wades Into Distracted Driving Debate With Guidelines

Even as the current administration winds down on its stay in Washington, departments like the National Highway Traffic Safety Administration continue to pursue their safety agenda, not without a tad of pushback.
Advertisement

The National Highway Traffic Safety Administration (NHTSA), which has been tiptoeing around the edges of the distracted driver debate for more than three years, Wednesday inserted itself into the middle of the issue by publishing voluntary rules aimed at curbing distracted driving.

According to a story in Automotive News, the optional rules put device makers and application developers on notice that the agency is watching them. Further, the rules suggest that the companies design portable devices that can be paired with in-car systems, much as drivers do today with Bluetooth devices.

The new voluntary rules extend the agency’s reach to tech firms and app developers. The rules affect companies such as Apple, Google and others, said a spokesman for the agency.

If a device maker decides that a driver must have a feature, the guidelines say that a “driver mode” interface, which limits functionality be implemented. The simplified, limiting mode would be used in all instances, even if the device was paired with vehicular systems.

“As millions of Americans take to the roads for Thanksgiving gatherings, far too many are put at risk by drivers who are distracted by their cellphones,” Anthony Foxx, secretary of transportation, said in a statement. “These common sense guidelines, grounded in the best research available, will help designers of mobile devices build products that cut down on distraction on the road.”

Wednesday’s guidelines are playing out as the second phase of NHTSA-issued recommendations aimed at curbing distracted driving. They have taken three years to be issued. The first round addressed guidelines for in-car systems.

The guidelines come as more and more vehicles feature smartphone integration around Apple’s CarPlay and Google’s Android Auto. Vehicle systems display simplified versions of the smartphone interfaces on infotainment touchscreens. They offer limited access to some applications and phone functions, however, users can still text message via dictation, and use their phones. And, they can access navigation features like maps.

Industry reaction was, putting it mildly, predictable. The Alliance of Automobile Manufacturers said that “it’s critical that we all address distracted driving holistically – so the Alliance will review these guidelines very carefully,” said Wade Newton, spokesman for the association. “We believe it’s important to encourage drivers to use in-vehicle systems rather than handheld personal devices that were not engineered for use in the driving environment.”

Gary Shapiro, Consumer Technology Association chief executive, lambasted the new guidelines. He called the agency’s move to influence smartphone and software design “disturbing” and an example of the “worst” in government overreach.

He called the guidelines “de facto” regulations that defy calls from lawmakers for the Obama administration to stop issuing new rules until the Trump administration comes on-board.

NHTSA countered that the guidelines are voluntary and nonbinding and not formal regulations.

That didn’t stop Shapiro from charging on. “NHTSA doesn’t have the authority to dictate the design of smartphone apps and other devices used in cars – its legal jurisdiction begins and ends with motor vehicle equipment. Under their vision, they would have the influence to control the design of technology products down to the fitness tracker worn on a driver. Such a vast and extreme expansion of NHTSA’s authority, if it were granted would have to be explicitly granted by Congress.”

Shapiro’s opinion is sharply at variance with the reality of vehicle design and equipment. If he were to look closely at the many Federal Motor Vehicle Safety Standards that have been enacted over the years, he would be surprised to see how the overreach has made cars safer.

By his view, it is possible that items like airbags, seatbelts, crash-absorbing steering wheels would have been overreach when they were regulated. Today, though, they are taken for granted. Likewise, technology features such as infotainment interfaces and the like are part of a vehicle and, as such, subject to the regulatory powers of the agency. Of course, Shapiro’s loaded rhetoric seems to follow on from the rather heated campaigns of the recently completed elections.

Rather than looking at a principled stand, he lashed out, probably hoping someone in Congress would notice. Like as not, they will notice, and these rules will be deep-sixed after the new Congress takes their seats in two months.

It’s unfortunate the agency has taken three years to enact the guidelines. Last year’s total of 3,500 killed and who knows how many injured might have been mitigated to a great extent if regulations had been in place. Naturally, the industry rails against them as they are more interested in selling devices and profit than they are in safety, but, then again, that’s free market for you.

Parks McCants wrote on November 24, 2016 - 1:46pm Permalink
It's time for consumers to take responsibility for their own actions. Put the f'ing phone down. It will be there at the end of the drive. You wouldn't drive down the street with your desktop on the dash...
stern0 wrote on November 24, 2016 - 3:27pm Permalink
I couldn't agree more. Take the young woman driving a Subaru who followed us back from church the other day. There she was wobbling all over the road, speeding up slowing down and just generally causing me more grey hairs than not, when suddenly she had the bright idea that she just had to view a video offering on her smartphone. She ended her texting session -- easily visible as she took no trouble to hide it -- turned her smartphone landscape mode and happily began watching whatever, becoming an even worse menace. Indeed, I wouldn't have been surprised if she had smacked someone in the oncoming lane head-on, but she must have made it to her turn off because she disappeared from my rearview. I was worried that she was going to rear-end my vehicle until she turned away. That was an example of someone who just had to have what she wanted when she wanted it, like a 5-year-old. The only problem was she was at least 24 or 25.