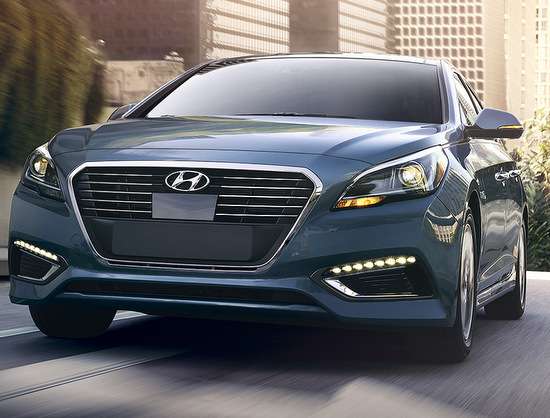 Hyundai, Nissan Among 5 That May Have Cheated In China

Hyundi and Nissan are among five firms facing cheating charges in China. Chinese authorities have said the five cheated on an electric vehicle subsidy program. The total was $150 million.
Advertisement

Faced with tightening emissions and fuel economy rules, the government of China has been encouraging automakers to produce electric vehicles. The government’s plan to increase production of electrics – both pure electrics and plug-in hybrids – has focused on using heavy subsidies.

Yesterday, China went public with a widening scandal that says at least five automakers have been breaking the rules of the green-car subsidy program. The Chinese Ministry of Finance charged the five with receiving more than 1 billion yuan -- $150 million – in illegal subsidies, a Reuters report said today.

”A Major Blow To The Industry”

"This is a major blow to the industry and also has a large impact on the country's policy enforcement," Xu Yanhua, a vice secretary for the China Association of Automobile Manufacturers, told a news briefing.

The Finance Ministry plans to revoke the production license of Suzhou Gemsea Coach Manufacturing. The other four firms face fines. One of the companies named, a subsidiary of Chery Holding, owns the seventh most popular Chinese car brand.

Reports say the scandal has clouded China’s plan to use subsidies to combat heavy pollution. The pollution baths vast areas of the country. The drive has helped to spur sales of electrics and plug-in hybrids. In sheer numbers, the 331,000 electrics and plug-ins sold last year represented a four-hundred percent sales increase.

The Securities Daily, an official Chinese newspaper, listed the companies the government alleges violated the program. They include:

BYD said it did “not have any idea where the suspected list is coming from.” A spokeswoman said the automaker had not received any official notification.

For JAC, this may not have been the most opportune moment for this information to be released. JAC, the ninth-largest automaker in China and one of the few with no foreign partners, announced this week that it was exploring a joint venture with Volkswagen.

VW is also seeking to increase its share of China’s potential electric market. If the JAC linkage comes to fruition, it would be the third joint-venture on an electric with a Chinese firm.

The investigation is posing problems for a particularly aggressive plan by China. The cheating probe threatens to derail an ambitious full-year sales target of 700,000 electrics and plug-in hybrids, according to Yale Zhang, managing director of consultancy for Automotive Insight. So far this year, only 245,000 EVs or hybrids have been sold, says the country’s automakers association.

Last year, China spent a total of $4.5 billion in subsidies. The support program is set to ramp down to a 2021 phase-out.