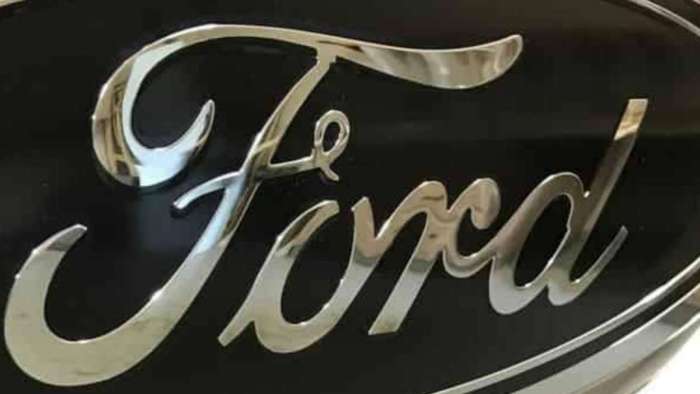 When Ford introduced its 2020 Super Duty Lariat Sport Package there was a noticeable change on some models, a blacked-out Oval. Is this the start of a trend?
Advertisement

When the 2020 version of the Lariat Sport Package for the Ford Super Duty line debuted earlier this year, sharp-eyed observers noted something a bit different.

Instead of the usual Blue Oval Ford logo, the logo was black. It was quite a big deal, too, The Ford Authority noted at the time that it was a huge deal. At the drive event in Arizona, Ford told the automotive journalists who attended that it was the "first time in America" that Ford has used a black Oval on any of its vehicles.

As you can imagine, this caused more than a bit of conversation between the journalists who attended the intro. In many ways, it was as important as the original introduction of the Lariat Sport Package for the Ford Super Duty line.

As The Motor Authority noted at the 2019 Lariat Sport Package intro, the package "proved to be quite the revelation, combining the luxuries and tech upgrades of the Lariat trim level" with the Super Duty lineup.

And now the new blacked-out Ford oval is another revelation.

Available on either the F-250 Lariat or the F-350 Crew Cab 4X4 SRW models, the Lariat trim is also available at a piece of the offroad-focused Super Duty Tremor package.

Before, the headlights used black exterior trim and edging.

At this point, given the explosive popularity of black-out packages, some interesting speculations can be made. The most obvious is that knowing just how popular blacked-out treatments are, it is little wonder that Ford waited until the Super Duty series for the black Oval offering.

The next speculation is this: will Ford offer the same style black Oval on the upcoming 2021 Ford F-150. It would make sense as the revised F-150 would be the right spot for something like the black Oval to make its appearance.

Honestly, the black Oval motif would seem to be a great addition to the upcoming F-150 lineup. Indeed, it would be a great follow-on to the Ford Super Duty Lariat package. Indeed, Torque News wouldn't be surprised to see a Ford Black Oval offering among 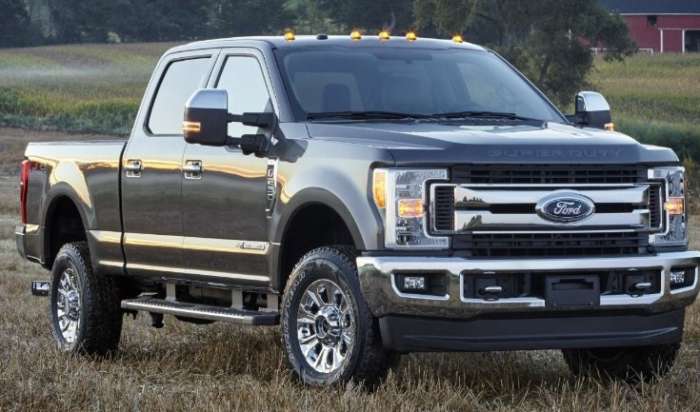 Usually, when there is a significant vehicle restyle, many new, unique pieces are included in the original lineup. And, as Ford is introducing the next-gen F-150 sometime in the late summer or early fall, we wouldn't be surprised to see the Black Oval as part of the next-generation F-150.

All we have to do now is wait the next three months to see what goodies Ford is offering on the next-gen F-150. The blacked-out Oval would be a nice one, wouldn't it?