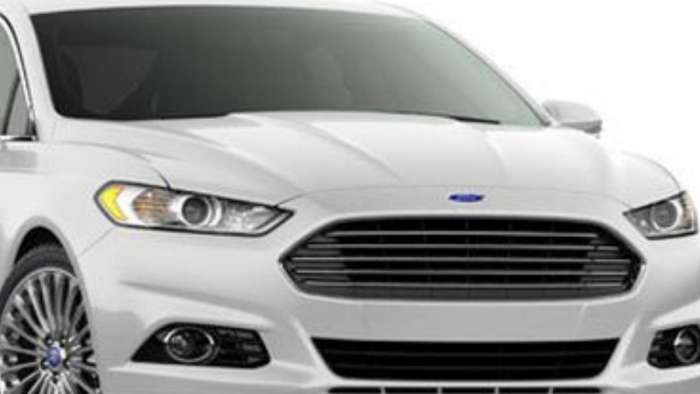 Ford's recall team was busy yesterday as the automaker announced three recalls affecting more than 250,000 vehicles. The biggest recall of the bunch was a recall affecting more than a quarter-million Ford Fiesta, Ford Fusion, and Lincoln MKZ to fix a door latch problem. The problem affects primarily cars in warm areas.
Advertisement

Here is a real situation: Imagine a Ford Fiesta or a Fusion with a door that won’t close, no matter what you do. You slam; kick, fling, hit, and use every bit of brute force you can think of – maybe a log -- and the door still won’t shut and latch.

Door Latch May Work, But …

Suddenly, you are lucky, and the side door finally latches. However, you are playing a waiting game. Inevitably, the door will pop open as you are driving, exposing you and your passengers to danger.

Ford is aware of the problem and has launched a safety recall. The recall covers a quarter-million 2014-15 Ford Fiestas, 2014-2016 Ford Fusions, and 2014-2016 Lincoln MKZs primarily from warm weather environments. My colleague Jimmy Dinsmore covered another recent Ford Ranger recall here. Ford had another major recall in its popular F-150 pickup lineup that I covered for Torque News as a member of the F-150 reporting team.

According to Ford, the affected vehicles have door latch pawl spring-tabs whose design is susceptible to failure due to cracking in areas with high daily temperatures – the Southwest or the Southeast.

When the door latch with a fractured pawl spring tab has this condition, it typically results in a “door will not close” situation. If the driver can close and latch the door, it can easily [and will] unlatch while driving, increasing the risk of injury to the driver or passengers.

Ford is not aware of any reports of crashes or injuries related to this condition. In total, the problem affects 248,912 cars in the U.S., 19,413 in Mexico, and four in Canada. Dealers will remove and replace the side door latches.

The Ford reference number for this recall is 20S15.

In the second safety recall, Ford has recalled nearly 3,000 E-Series vehicles for problems with frame-mounted wiring harnesses. Over time, the harnesses may chafe on the frame, damaging the wiring them and critical vehicular electrical systems. Earlier this year, Ford had another E-Series recall that I wrote about here.

The systems include the fuel, trailer towing, and antilock braking systems. The chafing can damage the fuel pump circuit, leading to unexpected stalling while driving. If an engine stall happens while the vehicle is in motion, it may affect the vehicle’s ability to restart, increasing the risk of a crash.

Dealers will inspect the harness for damage. If there is no damage, the technician will place anti-abrasion tape over the area and ensure clearance to surrounding components.

If the harness is damaged, technicians will follow the standard workshop manual repair procedure to slice in new wire, apply anti-abrasion tape over the areas and assure clearance to surrounding components. The Ford reference ID for this recall is 20S13. 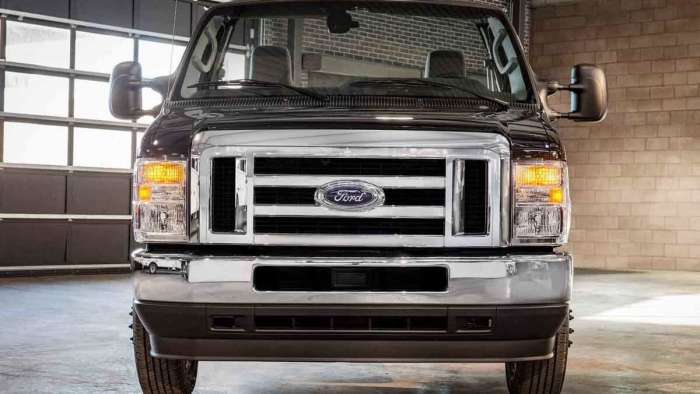 Ford says that the problem involves a valve inside the hydraulic control unit that may stick open. The normally closed device, when it stays open, could lead to extended brake pedal travel, possibly increasing the risk of a crash. Dealers will inspect the hydraulic control unit for signs of stuck or slow-responding valves and replace the unit if necessary. The system will be pressure-flushed with DOT 4 brake fluid. As part of the procedure, a new DOT 4 reservoir cap will replace the now-standard DOT 3 cap.

There has been one crash reported that is related to this condition. Ford built the affected vehicles at its Hermosillo Assembly Plant from Feb. 22, 2008, to July 15, 2009. The Ford reference number is 20S14.