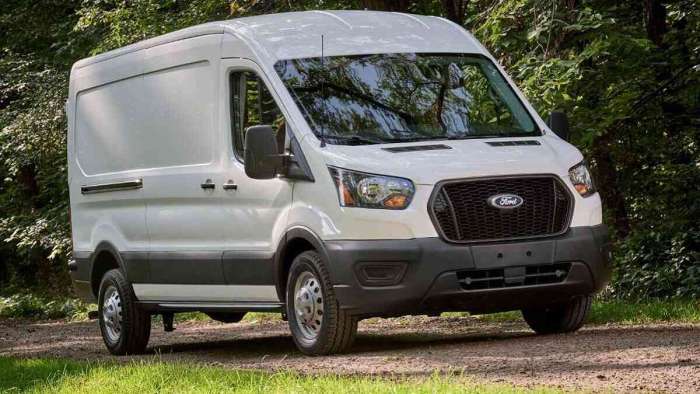 In another recent recall, Ford has recalled a number of Transit vans to repair its backup camera. The vehicle lacks an audio control module that must be installed and programmed.
Advertisement

When I worked at a local used-car dealership a few years ago, I noticed something interesting. On a number of models, specifically imports, a small screen was starting to show up. For some models, the screen had a combined function. When you shifted into reverse, an image to the rear of the vehicle opened up; when you went back to normal driving mode, the image was a map image as the image doubled as a navigational map for the vehicle's NAV display.

At the time, though, the images were usually reserved for high-end products of the Lexus/Infiniti variety. However, I did note that one or two lower-end products, Toyota Corollas and Corolla Hybrids, had the same style image, though much smaller.

Since that time – roughly a decade-and-a-half ago – NAV displays have become more significant. Take our daily driver – a dead center screen in the dash flips over to a display highlighting the vehicle's rear. The display remains there whenever you are in reverse, and it is a real help in backing up.

Since that time, the function of the simple backup/NAV camera combo has expanded. Indeed, the number of screens has also expanded to the point where there may be more than six in a vehicle's passenger cabin ranging from the screens that keep kids happy and quiet with their games and internet activities (depending on whether your vehicle has a WiFi connection which many do) to screens that also provide you with your infotainment to your vehicle's various systems such as the speedometer/odometer or some other control system.

In light of the importance of this now-almost-mandatory device, Ford has launched a recall of certain Transit vans whose rearview camera image fails to operate. A missing rearview camera image reduces the driver's visibility of what is behind the vehicle, increasing the risk of a crash, according to information filed with the National Highway Traffic Safety Administration (NHTSA).

In reality, only a small number of Transits involved directly with this recall – about 50 – however it also points to other camera-related recalls that have happened in the last couple of years. A couple of years ago, for instance, another recall occurred involving Mustangs whose cameras showed poor-quality or no images.

The fix is simple. Dealers will install audio control modules in the Transits that need them, and they will program the computer gear free of charge. Owner notification letters will be sent to owners around Sept. 26, 2022.